The busy season of new tech product launches is about to begin, and that also means it’s time to SamsungThe great Unpacked event of the year. The South Korean giant is known for promoting its flashy product launch events, and this year is no different. Although Samsung hosts multiple events throughout the year, today’s product launch showcase center around Galaxy S22. The new Galaxy S22 lineup will be announced at an event, but that might not be all. Here’s everything you’re likely to see.

How do I stream Samsung Unpacked 2022?

You can stream the Galaxy S22 launch event on any device. You can head over to Samsung’s dedicated event page or stream the event live on YouTube. The event will kick off today at 8:30pm IST. You can watch the embedded video below or follow our live blog. And if for some reason you can’t watch it live, Samsung makes the recording available after the event.

Will we see the Galaxy S22?

As in recent years, Samsung is expected to have several models in the Galaxy S22 lineup. Let’s be honest: having different display options at various prices only benefits consumers. As with the Galaxy S21 series, we expect to see a Galaxy S22, Galaxy S22 Plus, and Galaxy S22 Ultra. We don’t expect many changes in terms of screen size or the overall look of the phone.

Both the Galaxy S22 and Galaxy S22 Plus will likely feature the same “Contour Cut” rear camera housing that first appeared on the Galaxy S21 series last year. The devices are likely to come with a glass back and 50MP main cameras. The Galaxy S22 will also get a new Snapdragon 8 Gen 1 processor in North America and Canada, while in Europe and India, the Galaxy S lineup will come with Samsung’s Exynos 2100 chip.

Revealed last month, the 4nm chip is an ‘Xclipse’ GPU powered by AMD’s RDNA 2 architecture. Samsung is making big claims about the Exynos 2100, and it will be interesting to see if it can beat the Snapdragon 8 Gen 1 in terms of performance. Samsung will be focusing a lot on the cameras in the S22 series, which is also not surprising.

There is no doubt that the big brands like Samsung and Apple focus so much on their high-end and expensive models. The Galaxy S22 Ultra will be Samsung’s most important smartphone in years. It won’t be another Galaxy S smartphone, and Samsung is already hinting at a big change. There have been several indicators that the Galaxy S22 Ultra will likely have a built-in S Pen.

The S22 Ultra is expected to borrow some design cues from the Galaxy Note: think a big rectangular slab of a phone with sharp corners, a giant screen, and a pop-out S Pen stylus. It wouldn’t be surprising to see Samsung beefing up the S22 Ultra’s cameras well.

Various photos and renders leaked in recent months show that the Galaxy S22 Ultra mimics a Galaxy Note device in every way. The question is: Will Samsung announce the end of the Galaxy Note series during Wednesday’s event? Only time will tell.

What about Galaxy Tab S8 and S8 Ultra?

It feels like Android Tablets are falling behind the iPad in every way, but it looks like we might finally see a true competitor to Apple’s dominant tablet from Samsung this week. The arrival of the Galaxy Tab S8 and Tab S8 Ultra has been anticipated for a while now. The tablets will come with the S Pen included, bigger batteries, improved processors and better software features. Expect the Galaxy Tab S8 to come with an 11-inch screen, Snapdragon 8 Gen 1, 8GB of RAM, up to 256GB of internal storage, an 8,000mAh battery, and a 120Hz LCD screen. 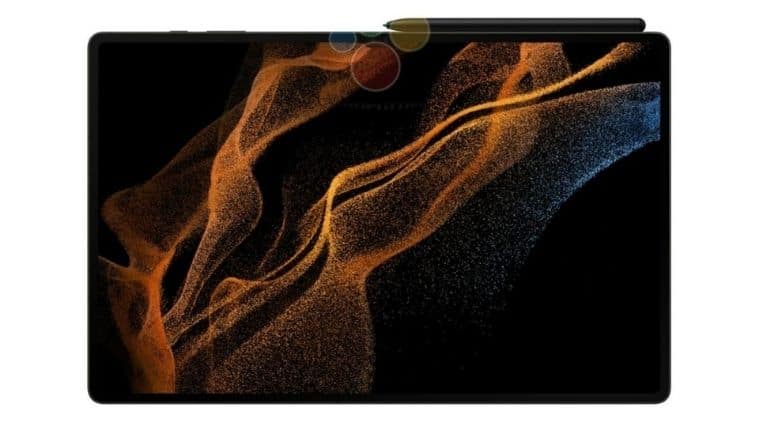 Known sources covering Samsung leaks have reported that the Tab S8 Ultra will feature a 14.6-inch AMOLED display and up to 16GB of RAM. (Image credit: WinFuture)

The Galaxy Tab S8 Ultra will compete with the iPad Pro both in terms of price and features. Leaks have indicated that the Samsung Tab S8 Ultra will feature a 14.6-inch AMOLED display and up to 16GB of RAM. The high-end tablet is expected to come with a notch on the screen.