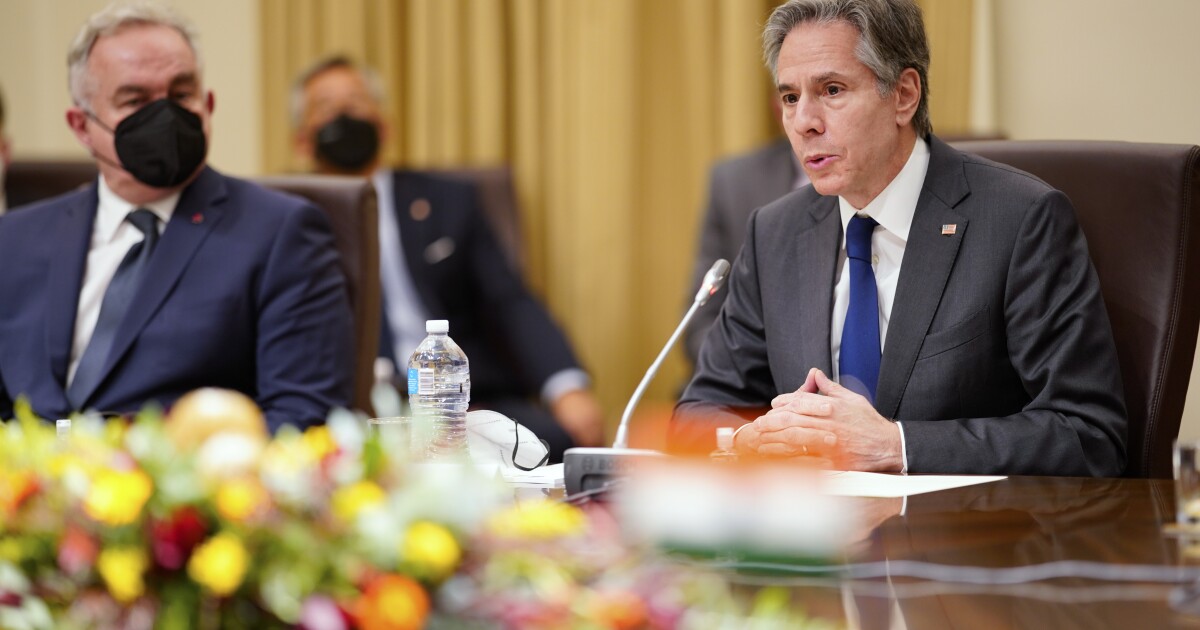 Overshadowed by a crisis half a world away, leaders of the United States and three of its major Indo-Pacific allies agreed Friday to shore up defenses aimed at slowing China’s domination of the region.

Secretary of State Antony J. Blinken, wrapping up a day of meetings meant to revive US focus on Asiasaid he and his counterparts from Australia, Japan and India vowed to protect “the right of all countries to choose their own path, free from coercion.”

“Coercion” is something of a code word for Chinese efforts to bully other countries in the region. The four countries meeting here in this laid-back southern Australian city formed the so-called Quad, a recently resurrected coalition established as a counterbalance to China’s expansion of political and military control.

Yet even as the Quad nations’ top diplomats agreed on the urgency of blunting China’s power and influence, attention kept reverting to the Russian military buildup around Ukraine ahead of what many fear will be another invasion of the former Soviet republic.

“Simply put, we continue to see very troubling signs of Russian escalation,” Blinken said at a news conference after the meetings. “We’re in a window when an invasion could begin at any time — and, to be clear, that includes during the Olympics.”

Blinken’s warning was the latest of many dire predictions about Putin’s plans for Ukraine. There had been speculation that he might put off any invasion until after the Olympics so as not to spoil China’s moment in the international spotlight, especially after he and Chinese President Xi Jinping put on a forceful show of unity against the US and the West as the Games got underway.

On Thursday, however, the State Department issued an alert urging US citizens in Ukraine to leave immediately, following a similar directive last month to all nonessential personnel and families of staff members at the US Embassy in Kyiv, the Ukrainian capital. President Biden, in an interview with NBC, said Americans in Ukraine “should leave now” or risk being stranded.

“We’re dealing with one of the largest armies in the world,” Biden said of Russia’s military. “This is a very different situation, and things could go crazy quickly.”

Blinken repeated Washington’s stated preference to resolve the standoff over Ukraine through diplomacy. Senior officials from Washington and several European capitals have been urging Putin to pull back some of the more than 100,000 forces he has massed along Russia’s border with Ukraine. Instead, he has only reinforced them, the US says, and announced naval exercises for the area next week.

“We’ve been very clear in building deterrence and building defense, and making it clear to Russia that if it chooses the path of renewed aggression, it will face massive consequences,” Blinken said.

More talks between the West and Moscow were on tap Friday, including a meeting of the British and Russian defense secretaries, two days after a frosty encounter between the two nations’ foreign ministers.

With his counterparts from Australia, India and Japan looking on, Blinken said that the principles of sovereignty and a rules-based international order were the same in the Pacific region as in Europe.

“What seems to be half a world from here matters here,” he said.

The US has joined its Asian allies in expressing alarm over China’s increasingly aggressive claims in the South China Sea and its tightening grip on Hong Kong, where civil freedoms have significantly eroded. The four nations of the Quad are all established democracies that the Biden administration hopes can act as a counterweight to authoritarian regimes such as China’s.

Blinken’s swing through the Indo-Pacific was designed to assure allies of US attention to the region. Despite Biden’s pledge during his presidential campaign to focus US foreign policy on Asia, a succession of crises elsewhere — war in the Mideast, the chaotic US pullout from Afghanistan and, now, the Russian threat toward Ukraine — has impeded that shift in emphasis.