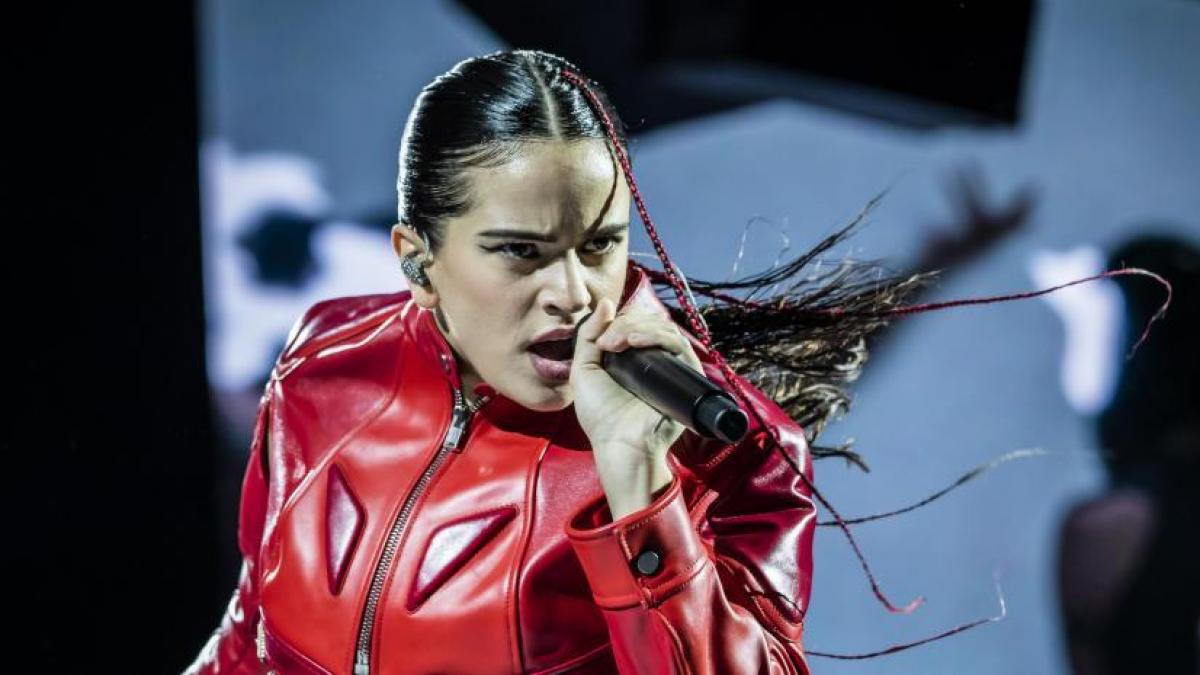 Table Of Contents hide
1. Rosalia
1.1. Rosalía’s modern art has taken over the world; she rolls live, she makes people talk about her
1.2. Like this:

Some make ugly Rosalía the audacity to present a show without musicians. Just her and her dancers, placed in a white magic box that reproduces their evolution from a subjective point of view. The cameras replace the musicians, capturing images projected on two side screens. All very much in line with the aesthetics of TikTok – a social network in which Rosalía moves like a fish in water – that today sets the standard among youth and by extension in the entertainment business.

Although its spartan, minimalist and dynamic staging is equally enjoyed being outside the world of TikTok. Rosalía’s modern art has taken the world by storm. She crushes live, gets people to talk about her, very well and also very badly –the haters abound– and his album is the one that has received the best reviews this year, to the point that it would not be surprising if it were chosen among the best of the year.

Rosalía’s modern art has taken over the world; she rolls live, she makes people talk about her

Not bringing musicians is becoming more and more frequent. His colleague Bad Gyal performed at Primavera Sound in the same way, with dancers and playing around with choreography, costumes, lighting and stage design. Singing on your own bases is not karaoke, and Rosalía puts all her impetus into the live recreation of each of the verses of the songs that she has built from the first draft. It seems what one says control freak , who controls even the smallest detail and is comfortable in very different registers, be it flamenco, reggaeton, Latin pop, hip hop, techno or other herbs; he combines them with laboratory mastery, until he achieves a vibrant 90-minute show with thirty songs that includes all his new songs, greatest hits, unreleased songs and covers, in a film in which the shots and dance numbers follow one another, with the elegance of a biker futuristic, as cheeky as jonda.

She is a Catalan paya who has become the epitome of the best Latin pop of the moment, with the power of someone who treads the ground with firm steps, turned into a singer and dancer, mistress and mistress, of a show with height, in which pop tearful and melodramatic goes hand in hand with the most avant-garde trends. She demonstrates her solvency in songs with very different registers and sweating a fat drop that forced her to be constantly moisturizing and glued to the towels, sheathed in tight leather – red the first day and black-brown the second – and cane boots. high.

Rosalía dominates the slow beats and overwhelms the rhythmic ones, with her collection of reggaetons poured here and there, from the initial Saoko to the empowered cupcake going through the versions of Pretty with Tokischa or Last night’s night with Bad Bunny, not to mention the nods to Pimp Daddy Y Gasoline besides the unbeatable with height and the fast paced chicken teriyaki, the latter on scooters. It also shines at the traditional opposite extreme, with its appropriation of the Cuban bolero Delusions of greatness or in the bachata Fame .

The new versions of I think of you look Y badly they cannot make us forget how great the originals sounded and in the premieres section there were two: despise and the bilingual Isolation in addition to money and freedom , another unprecedented. And the special moment for his Catalan countrymen was when he rescued upon reaching the m of abcdefg the song Millionairean endearing a cappella gift that showed how cute –how pretty– she is.

Something that reaffirmed in the spectacular ending with CUUUUUUUUUUTE, Illustrated with beautiful aerial shots, between stratospheric gurgles and caressing purrs, demonstrating the power of the authentic Wonder Woman that she is. We went to see this pop heroine at both concerts and at both the same script was repeated, with the exception that the second turned into a very special day that allowed her to close a circle since, as she said in Catalan, the The first concert he attended with his parents was one of Estopa at Sant Jordi and now he had the Muñoz brothers in the audience.