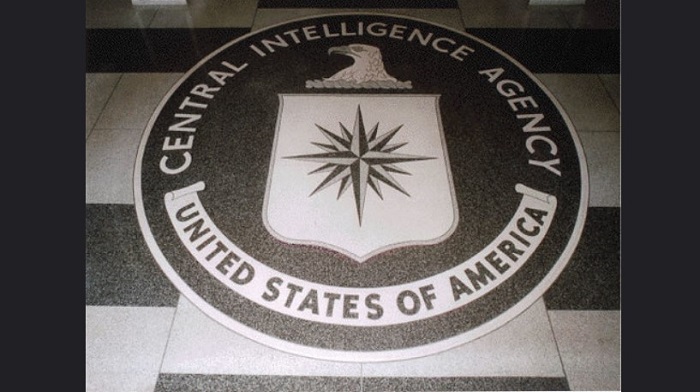 Table Of Contents hide
1. Support conservative voices!
1.1. Sign up to receive the latest political news, information and comments sent directly to your inbox.
2. Snowden warned us
3. Warrantless Backdoor Searches of Americans
4. Like this:

The program has reportedly operated without congressional approval, any judicial approval, or any safeguards to ensure the protection of civil liberties.

Not to mention the Fourth Amendment’s prohibition against warrantless searches.

Senators Ron Wyden and Martin Heinrich, both Democrats on the Senate Intelligence Committee, have order “critically necessary” transparency in the program.

The two lawmakers published a letter that they sent to Avril Haines, director of national intelligence, and William Burns, director of the CIA, on April 13, 2021 and that was declassified on Thursday.

In it, they accuse the CIA of running the program “totally outside the legal framework that Congress and the public believe govern this collection, and without any Congressional, judicial, or even executive branch oversight that comes from the FISA collection.” ”.

The American Civil Liberties Union (ACLU) tweeted that The new reports “raise serious questions about what information of ours the CIA is sucking up in bulk and how the agency exploits that information to spy on Americans.”

“This invasion of our privacy must stop,” they added.

This surveillance is carried out without any judicial approval and with few, if any, safeguards imposed by Congress to protect our civil liberties.https://t.co/zeLbFI7En1

RELATED: Tucker Carlson claims Biden’s NSA is spying on him in shocking allegation

In light of the report showing that the CIA collects private data on Americans en masse, journalist Glenn Greenwald, who rose to fame working with Edward Snowden to expose unconstitutional espionage programs, slammed the agency as a “criminal organization.” ”.

“The CIA is a criminal organization,” he tweeted. “His interference in American politics is particularly pernicious.”

Greenwald noted that the media often uses CIA analysts as commentators on the “news.”

“Perhaps journalists should be skeptical of their planted stories?” he suggested he.

The CIA is a criminal organization. His interference in US politics is particularly pernicious.

Perhaps the media should stop hiring all the people who run this agency to help “analyze” and report the news? Perhaps journalists should be skeptical of their planted stories? https://t.co/9Xmqmth3FT

Fox News reports that the mass surveillance program operates under the authority of Executive Order 12333, first signed by President Ronald Reagan in 1981.

The order was amended in 2008 by Executive Order 13470 by President George W. Bush that strengthened the role of the Director of National Intelligence.

“The CIA and the National Security Agency have a foreign mission and are generally prohibited from investigating Americans or American companies,” Fox reports. “But spy agencies’ extensive collection of foreign communications often catches Americans’ messages and data incidentally.”

You are about to witness a huge political debate in which the spy agencies and their defenders on television will tell you that this is normal and that it is okay and that the CIA does not know how many Americans are in the database or how they got there. .

RELATED: The White House admits they are actively working with Facebook to flag ‘disinformation’

“What these documents demonstrate is that many of the same concerns Americans have about their privacy and civil liberties also apply to how the CIA collects and handles information under executive order and outside of FISA,” they said.

“In particular, these documents reveal serious problems associated with warrantless backdoor searches of Americans, the same problem that has raised bipartisan concern in the context of FISA,” read a press release from the lawmakers.

In 2013 @snowden I told you the CIA/NSA was spying on you. And you did nothing to make them stop. And Obama did nothing about it other than chase Snowden to Russia. And those responsible for the program are regular guests on @MSNBC now.https://t.co/vhMu5jTVSE

What could possibly go wrong here? Let’s focus on today, as an example.

Former NSA and CIA director Michael Hayden tweeted that that a long time ago that it would be a “good idea” to send unvaccinated Trump supporters to Afghanistan.

What if someone like that, while working for the CIA, had access to private data about Americans and their vaccination status?

The first person to roll their eyes at me and tell me that everyone already knows that the CIA is spying on all Americans all the time can choke on a printout of the “…and yet you participate in society” meme. . his throat https://t.co/fMQ9UCoMLg

Democratic senators did not reveal what kind of data is being captured in the CIA program.

An intelligence official insists that the Senate Intelligence Committee was already aware of the agency’s classified collection of data, if not the sources used or the data itself.

In their 2021 letter, Wyden and Heinrich pressed the CIA to reveal the types of records it was collecting and “the rules governing the use, storage, dissemination, and access (including access by US persons) of the records.” ”.

The CIA has been secretly collecting data on Americans for years without a warrant, members of the Senate Intelligence Committee say.

Legislators report “serious problems” with the searches, which are “outside the legal framework.” The CIA has refused to reveal how many people were spied on. pic.twitter.com/B8XFzormCv

Last summer, Fox News host Tucker Carlson received a fair critical quota for claiming that a whistleblower within the US government provided information that the Biden administration, particularly the NSA, had been spying on his text messages and emails as a means of “taking this program off the air.”

Tucker Carlson says he was told by a whistleblower that the NSA was spying on him and that he filed a FOIA request for information:

“The Biden administration is spying on us. We have confirmed it.” pic.twitter.com/LY2vmDLFTK

“It is illegal for the NSA to spy on American citizens, it is a crime,” Carlson stated at the time. “It is not a third world country. Things like that shouldn’t happen in America.”