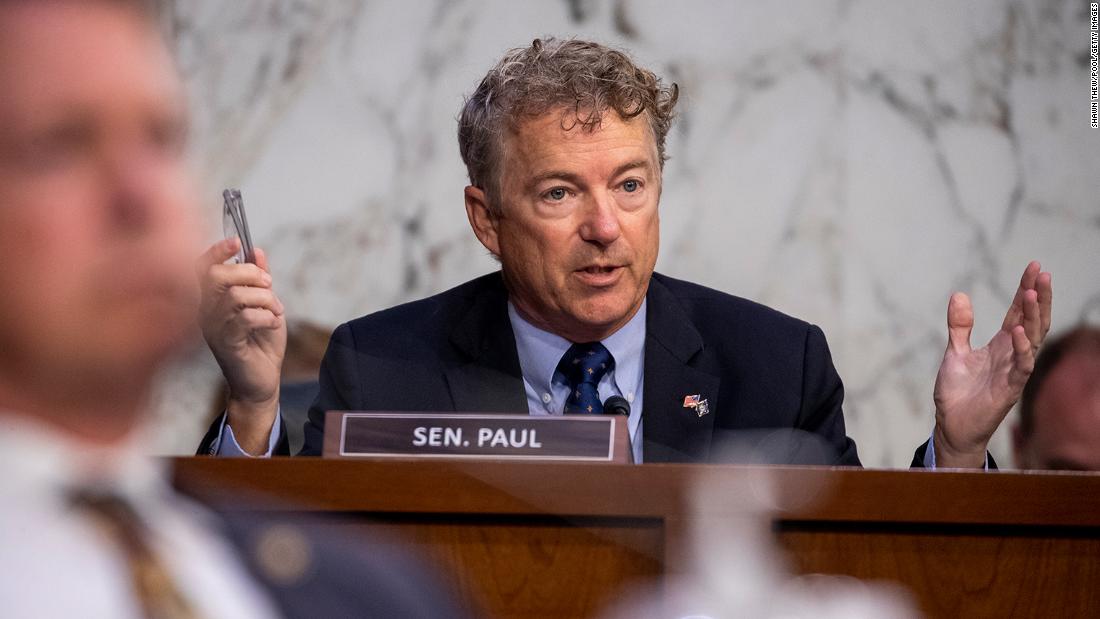 Asked by The Daily Signal for his thoughts on the convoy and the possibility of it extending to Los Angeles, host of Sunday’s Super Bowl, or the nation’s capital, Paul said Thursday that “it would be great” if the anti- mandate, truck-inspired protests sprung up across the United States to “clog things up.”

“I totally agree,” Paul, a longtime opponent of masking and vaccination mandates, told the conservative media outlet. “Civil disobedience is a time-honored tradition in our country, from slavery to civil rights, you name it. Peaceful protest, obstruct things, make people think about mandates.”

He added, “I hope truckers come to America, and I hope they clog up cities.”

Paul’s office did not immediately respond to CNN’s request for comment.

The convoy in Canada, which began as a protest over US and Canadian rules requiring truckers crossing the border to be fully vaccinated, has interrupted the capital of Ottawa as part of a broader movement against mandates. The protests have blocked major border crossings between the United States and Canada, such as the Ambassador Bridge, a key trade corridor linking Windsor, Ontario, with Detroit, and inspired similar protests abroad.
The threat of truckers potentially clogging American highways was raised Tuesday as the Department of Homeland Security distributed a newsletter to law enforcement agencies, CNN previously reported. The DHS warned that a convoy of protesting truckers “will potentially start in California in mid-February and arrive in Washington, DC, in mid-March.”
Meanwhile, the Canadian protests are already taking a toll on Americans and the US economy. Michigan auto industry workers could lose up to $51 million in wages this week due to truckers protesting at the US-Canada border, according to the Anderson Economic Group.

Three major US business groups have warned that the protests are putting more pressure on an already troubled supply chain. In a joint statement earlier this week, the US Chamber of Commerce, the Business Roundtable and the National Association of Manufacturers called on the Canadian government “to act quickly to address the disruption to the flow of trade.” Auto industry trade groups also warned that the protests were causing “additional tension”.