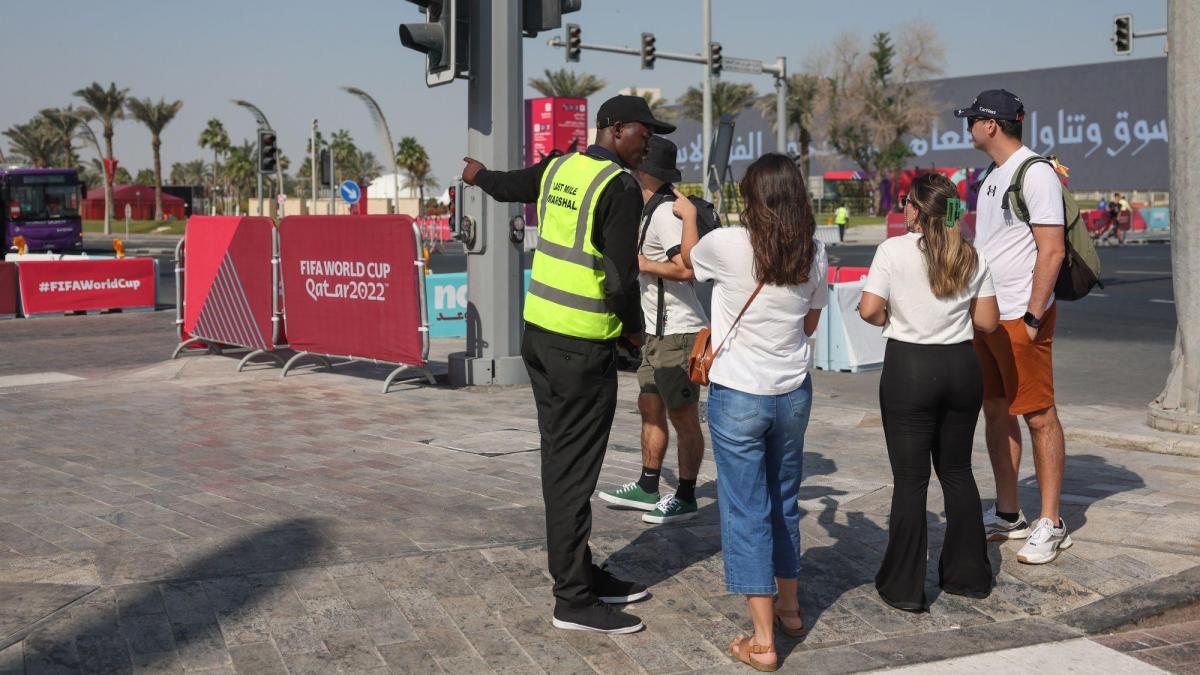 Table Of Contents hide
1. In Doha, the shortest distance between two points is never a straight line. the roads are winding
2. Like this:


The effort that Qatar has put in since being chosen to host the World Cup in 2010 is undeniable in trying to please the world. The human and monetary resources invested by them are almost infinite. So many horrendous one-lane highways (jammed even at dawn), an impressive metro (the distance of several stadiums is eternal) and an infinity of other infrastructure, each more impressive. It is appreciated that Emirates has had so much trouble accommodating the hundreds of thousands of visitors who keep landing daily at the new Doha International Airport, another pharaonic site where thousands of steps need not be too confusing to add up. app.

But since this is a newspaper and not a book, it is necessary to delve into only one aspect and in this case it would be mobility, the biggest nightmare after air conditioning for anyone who follows the religion of practicality.

Even before the birth of Christ, Euclid of Alexandria theorized that the shortest distance between two points is a straight line, a conclusion that has become clear in the few days we’ve been through the World Cup. They are not shared by the geometry academies of Qatar, where the most complex methods for uniting two geographic points can be imagined.

One of the best examples, which is not the only one, we have with the visits to the press center set up by FIFA in Doha, a wonderful place that makes the work of all displaced professionals easier. But when one, sitting on the concerned bus, catches a glimpse of the building in the distance, it gives him a false hope that the goal is near, that soon he will be able to sit in the office, open the computer and start writing. Above all, when you see the entrance of the press buses a few meters away. That expectation turns to disorientation when the professional realizes that the driver begins to walk through the press center. But suddenly the bus takes a right turn and again faces its destination. Yes, this time we arrived. not good. The feeling that now invades all the passengers is one of concern when a good number of volunteers block the way and force the vehicle to move straight. They won’t let you in and you’ll have to wander around, lest the treacherous Euclid was right. At the moment, the building has been left behind for the second time. It sounds like a nightmare until a roundabout turn turns out to be a blessing. So after the third change of direction you may end up running from the bus, dazed (and frozen by the wind), not understanding what happened and a few thousand more by the time you reach your workplace add steps. It is non-negotiable.

In Doha, the shortest distance between two points is never a straight line. the roads are winding

The outbound journey is even more circuitous, but to explain it in detail would be to exhaust the northern hemisphere’s paper reserve, starting with publications on Euclid’s theorems in Qatar. They’re not going to use them.