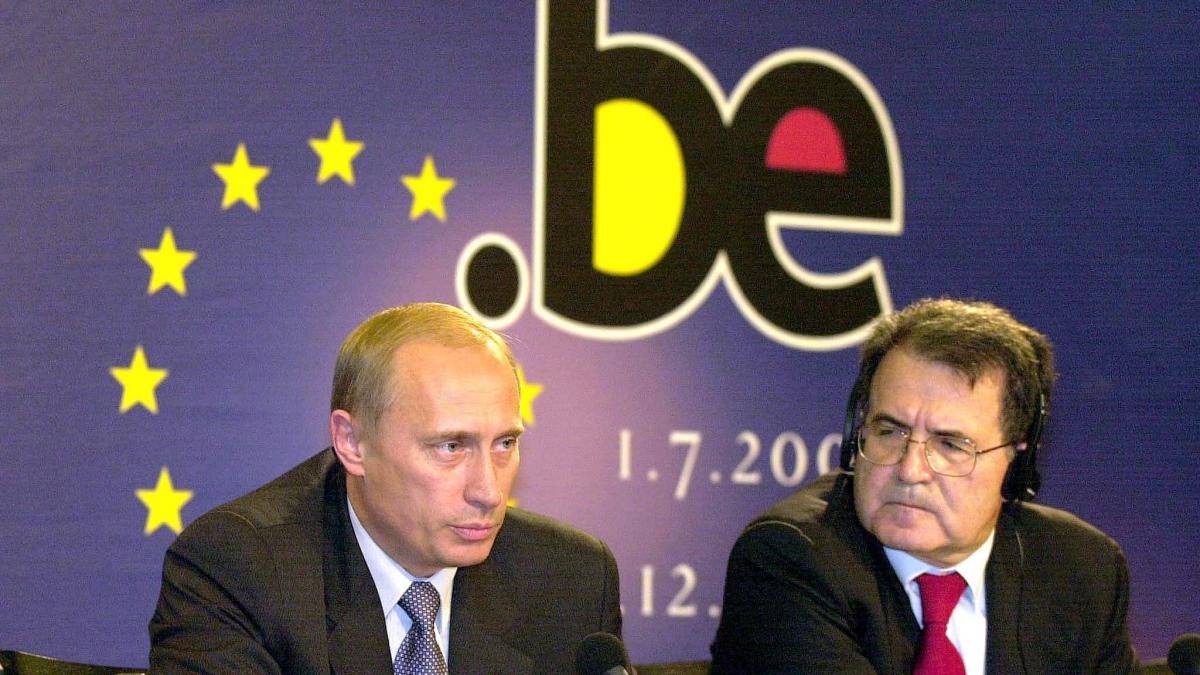 Table Of Contents hide
1. Plan: Nord Stream to Germany; South Stream to Italy, with Schröder and Prodick
2. Russia maintains a magnetic fixation with Italy, a hinge country in Europe.
3. Like this:


In 2008, when the debt crisis had not yet broken out, when the world was apart, Vladimir Putin tried to recruit Romano Prodi, the former prime minister of Italy and former president of the European Commission, to lead a major Russian strategic operation. The field of energy with Gerhard Schröder, the former German Social Democratic Chancellor.

Gazprom, the main Russian gas company controlled directly by the Kremlin, offered Prodi the presidency of the company that was supposed to complete the South Stream project: a powerful gas pipeline that would connect Russia to Italy through various Eastern European countries, to enter for service in 2018. An operation of great geopolitical scope, with a budget of $45,000 million, for which Gazprom collaborated with ENI, the Italian national hydrocarbon unit. The veteran politician with an outstanding European agenda, having held high office in Brussels between 1999 and 2004, turned down the offer, citing personal reasons. Six years after the Russian annexation of Crimea, the South Stream project collapsed.

The proposal came to Prodi in early 2008, when he was ousted from power in Italy by a dark move by Silvio Berlusconi in the Senate. A small group of centrist senators switched sides, shattering the middle-left majority in the upper house. Elections were called, the rights were comfortably won, and Berlusconi agreed to preside over the government for a third time. The exhausting electoral contest between the private television magnate and the Bologna professor, which began in 1996, has come to an end. A court in Naples later ruled that Senator Sergio di Gregorio, the man who led the change of sides, had been bought by Berlusconi.

Gazprom wanted Prodi to play a role like Schröder, the head of the shareholders’ committee of Nord Stream, the Russian parent company that owns two large underwater gas pipelines connecting Russia and Germany via the Baltic Sea, in operation. The first in November 2011, the second still unpublished and paralyzed as a result of the recent invasion of Ukraine.

Plan: Nord Stream to Germany; South Stream to Italy, with Schröder and Prodick

Seen in perspective, the Russian project was highly ambitious in geopolitically: a large gas highway to the north and another major highway to the south. The energy colonies of Germany and Italy, the two main industrialized economies in Europe, were accepted by the governments of both countries and legitimized in public opinion by the presence of two famous former prime ministers, both from the liberal left, as heads of energy companies in management. . Both axes, the Baltic and the Black Sea, would have contributed to the strategic neutrality of Ukraine, whose territory was no longer necessary to send Russian gas to Europe.

Had Prodi accepted the commission and the project had not been established, he would have been living in a nightmare today. Italy’s dependence on Russian gas would be 55%, fifteen points higher than the current situation, which is estimated to be as high as 40%. Exploration of alternatives will be practically impossible in the short term. According to sources familiar with the operation, Gazprom wanted to enter the Italian market as a gas marketer, in collaboration with local businessmen associated with Berlusconi’s environment.

Russia maintains a magnetic fixation with Italy, a hinge country in Europe.

It was not an easy project to accomplish. The South Stream was to cross the Black Sea and enter European territory through Bulgaria, entering Italy through Serbia, Hungary, Slovenia and Austria, countries friendly or slightly hostile to Moscow. The Russian occupation of Crimea and the war in the Donbass complicated everything. Bulgaria was under pressure from the United States and the European Union, and ongoing tenders were paralyzed. The project was blocked in late 2014, when Berlusconi had already lost the government again, this time as a result of the economic crisis. At the same time, work had begun on an alternative gas pipeline, the Transadriatic, which currently transports gas from Azerbaijan to Italy via Turkey, Greece and Albania.

The story of the South Stream highlights Russia’s great interest in Italy after the First Cold War. A mercantile interest fueled by Italy that for centuries looked to routes east from the Adriatic Sea. Italy is also Byzantine.