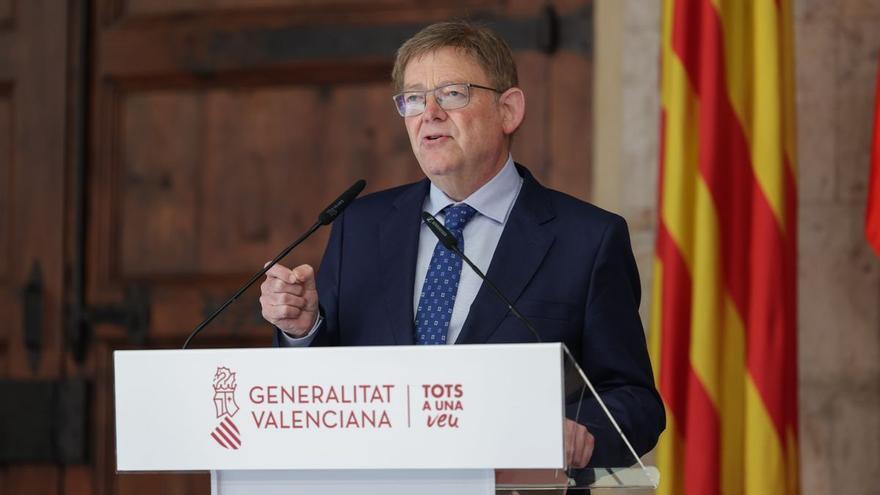 Table Of Contents hide
1. Lessons from Andalusia
2. Ford, a spark for the last year
3. Like this:


The Botanist is not in danger. That is the strong idea that was spread this Wednesday from the three formations that make up the Valencian government after the convulsive week lived as a result of the accusation of Mónica Oltra for the management of the Ministry of Equality of the abuses of her ex-husband to a minor under guardianship. The still vice president (it will be until the DOGV formalizes his departure) defended in his farewell that he is leaving all his positions precisely to save the political project started in 2015 and PSPV, Compromís itself and Unides Podem made an effort to project that image of unity on the day after his goodbye.

With the matter resolved, almost everyone spoke. But the most sought-after assessment from the outset was that of President Ximo Puig, at whom Oltra had thrown several darts in his appearance on Tuesday. Visibly upset and disappointed, she accused the socialist of having turned his back on her after his indictment and slipped that if he had lasted longer in office he would have given an “alibi to the PSPV” to break up the Botànic. A winger that, according to Puig, “at no time” was on the table.

Despite Oltra’s attacks, the president approached the matter from a conciliatory position and avoiding a frontal collision that even more rarefies the atmosphere that surrounds the tripartite after the crisis of the last days. Thus, he praised the “key” figure of what has been his number two for seven years, stressed that the step aside is an act of “generosity” that seeks to protect a greater good and condemned the instrumentalization of the case by of the extreme right. But the coldness existing with the leader of compromise became clear when he admitted that He has not spoken to her since the summons from the TSJCV.

Avoiding the public confrontation with Oltra, the leader of the Consell tries to leave some bridge standing with the coalition, which he needs to reissue a third Botànic and with which there is still a year of coexistence that seems complicated despite the closing of ranks this Wednesday of the three formations. But less than a year from elections, Puig does not want to neglect either the centrality. In the Presidency, it is interpreted that the message sent by Andalusia at the polls is that the electorate has rewarded the management and moderation of Moreno Bonillaand Puig’s latest movements point in that direction.

In fact, the clearest words that Puig has pronounced about Oltra in recent days came with the Andalusian electoral hangoverwhen he said not to be “for parties” and gave a period of one week to resolve the case. It was already decided that doing nothing was not an option and that Oltra had to make a move.

That strategy of looking at the center has also appeared after one of the phrases of the president this Wednesday. Asked if “leftist policies” would be in danger without Compromís in the Valencian Executive, Puig assured that “progressive policies” (he avoided the term left) have been a central axis of the Consell, but emphasized that they must be done “for the general interest” and that his project is addressed “to the vast majority”.

Ford, a spark for the last year

Meanwhile, the other part of the plan, that of selling the managerial profile of the PSPV, was served on a platter from Detroit. Ford’s choice to manufacture the electric ones in Almussafes and not in Germany could not have come at a better time, giving the Consell a breath of fresh air and especially the president, who summoned the media to communicate the news.

The line of argument was the same as that used after Volkswagen landed in Sagunt: to present itself as a serious, rigorous Administration capable of attracting investments that drive the long-awaited change in the production model while emphasizing the good employment data. “It is a milestone for the economy and employment,” he celebrated.