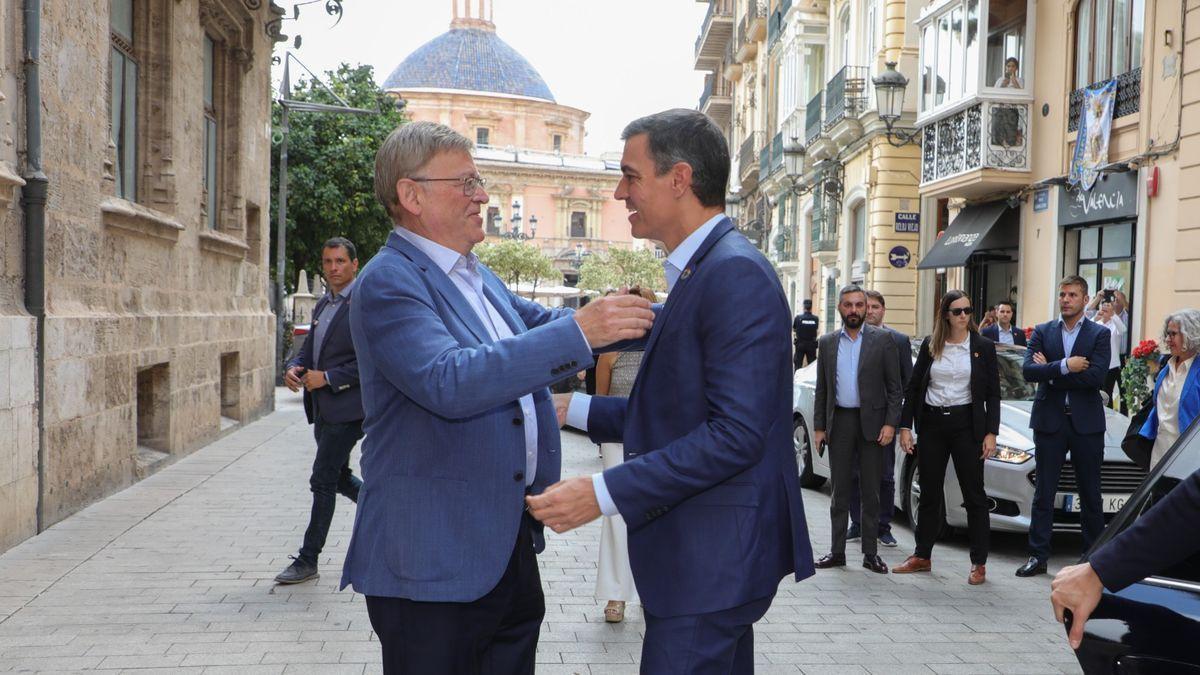 The socialists want to give the fiscal battle that the PP of Alberto Nunez Feijoo taking the tax debate to the political arena and approaching it with pedagogy. A few months before elections and with an inflationary crisis due to the war reducing the purchasing power of citizens, the President of the Government, Pedro Sanchezand the president of the Valencian Community, Ximo Puighave made a common front this Friday in Valencia to defend that, in the face of a complicated situation like the current one, the welfare state cannot be “limited” with tax cuts for the “more affluent” such as those being proposed by the popular in the autonomies that they dominate Both have made an effort to explain the effects that a reduction in tax revenue has on public coffers.

Sánchez, recently landed from the United Nations in New York, had an informal meeting with Puig at the Palau de la Generalitat before attending an eldiario.es event being held in the city. According to regional government sources, during the half hour meeting, the “priority issues on the Valencian agenda”.

As reported by sources from the Valencian Government, Puig has put on the table of President Sánchez the possibility that the autonomies that “the fiscal effort is also computed when redistributing State income.” Namely, The Generalitat wants the regional financing system to penalize tax dumping and that those territories that abolish autonomous taxes cannot at the same time claim more resources from the Government.

Without citing them, Puig thus focuses on Andalusia and Murcia, the worst financed communities after Valencia and which, however, have joined the PP’s fiscal offensive and have announced tax reductions.

After the appointment, the President of the Government spoke from the Plaza del Ayuntamiento. There he has made a defense of the management that both his executive and the EU have carried out in the face of the covid pandemic first and the war in Ukraine now, emphasizing that the social democratic model has allowed a faster and more supportive response to the crisis than the one given in 2008, when “neoliberal orthodoxy” was chosen.

Thus, it has affected “Faced with the tax competition” proposed by the PP in Spain, “the important thing is to preserve the welfare state” because it is “what unites societies and defends us against adversity”. The president thus assumes the fiscal ‘dumping’ so often denounced from the Valencian Community.

Without going into details, he has advanced that “where there were amnesties and tax gifts”, alluding to the mandate of Rajoy’s PP, now there will be “reforms that guarantee that those who have the most, contribute the most” and a “redistribution of effort”.

Discounts “at the worst time”

In the same sense, Puig has criticized that the tax reduction that the PP is proposing throughout the country could be valid “in another time” but that now “doesn’t make any sense”. “We need to strengthen the welfare state because we need resources because we are indebting the public coffers,” assured the president, who will present a Valencian tax reform proposal on Tuesday.

In any case, the leader of the PSPV has returned to claim a “deep tax reform” in Spain so that “those who have the most pay more” and thus “comply” with the Constitution, since according to Puig it is not “progressive enough”. In this sense, he has once again called for a “tax harmonization” that puts a floor on possible reductions in regional rates, especially with taxes “which may imply relocation”.

In addition, the head of the Valencian Executive has wanted to separate the recent announcements on fiscal matters launched by the PP autonomies from the real debate on taxes. He has considered that it is a “partisan use” of the popular ones due to the proximity of elections and that it also comes “at the worst time,” according to Puig.

“You cannot ask for more resources for one part and give up the part for which you can achieve them”He has lamented in relation to autonomies such as Andalusia, Valencian partners in the fight to reform financing but at the same time reduce their collection capacity by eliminating regional taxes such as heritage. “It affects 19,000 people in Andalusia and 22,000 here. Those people can pay for it,” she concluded.