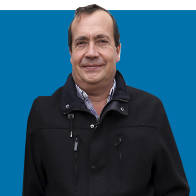 From the first lines we know that Doctor Horacio Maldonado Haddad was murdered. That at that time there were speculations, sharp suspicions, that there had been some arrests, but that everything went without punishment because of those things of national destiny. The ‘learned’ Rodolfo, colleague and childhood friend, begins to write a novel that we read years later, where he acts as a detective and writer. Amateur,

With the seriousness of Pedro Badrán, a surgeon of bulletproof business and word, in provincial crime, brilliantly assembles the puzzle that seems to go somewhere and everywhere. In that coming and going, the characters and events are configured to take place in Puerto E, very close to Montes de María, a region in which illegal and legal forces have ruled at their mercy in a horrific dance, and cemetery secrets. so that they can never be resolved. A special noir or police novel, as investigation is also an exercise in language and memory.

Horacio is the son of a senator from the Coalitions not holy and immense power, who later marries the widow of her son, to ensure the ‘future’ of her children; Also in life, Horacio has a daughter with a young peasant girl, Magdalena Berocal, and helps civilians and guerrillas with the Socratic oath, which can be a curse for any mortal in areas broken by violence. .

One of the characters interviewed to explain the crime says that Colombia has “an age-old practice: to cover up political crimes with passion.”
The dialogues are precise, aseptic and at the same time, deep in endless scrutiny. As if the dead were slain by the dark forces that run behind the scenes, characters who know nothing or everything, or are silent because deep down they are the crimes raided in the silence of the mass grave.

But beyond that, the novel’s great success is that the ‘learned’ Rodolfo, without knowing it, sets out on a journey of an “eternal and unchanging river” to find himself. In his bargain, in a sublime and lively prose, he uncovers the secrets that existence hides on its surface and he digs up literature and throws it out of sight. And each reader will find his reason for himself, because the destiny of every man is “to draw a notorious shadow with which he must learn to live.”