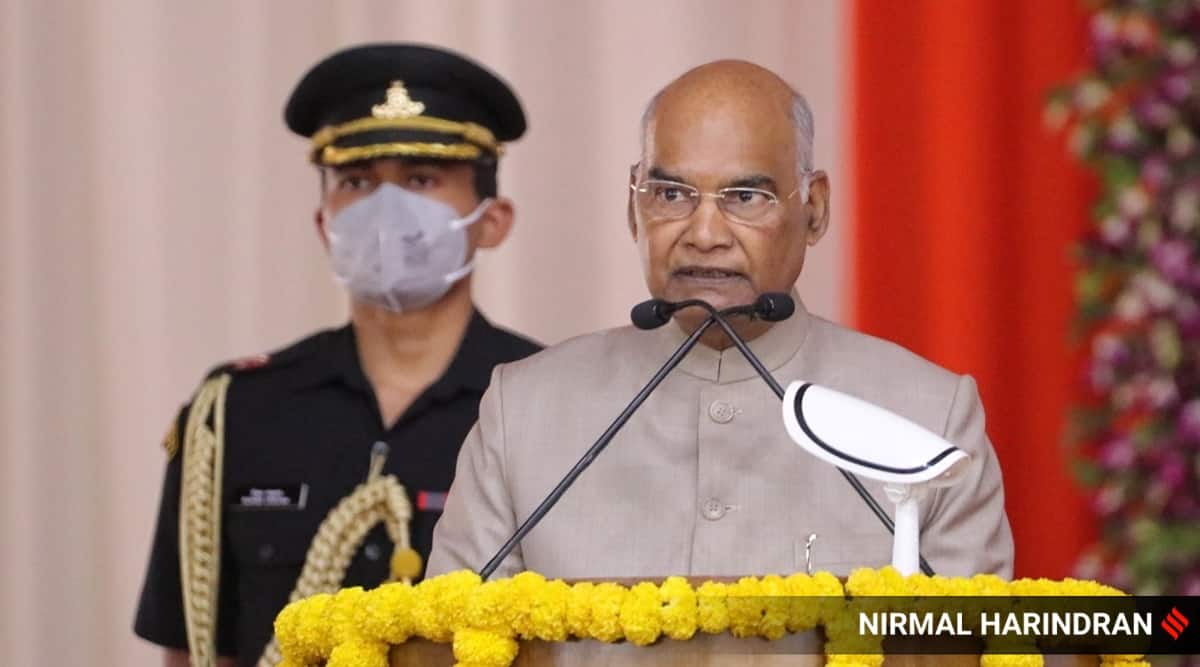 President Ram Nath Kovind on Saturday said that November 7 should be observed as the Students’ Day across the country to commemorate the contributions of BR Ambedkar to education and his devotion towards this field.

The President also said that every programme associated with B R Ambedkar is an inspiration to realise the vision of a compassionate and egalitarian society.

He was speaking after performing pooja of the urn of Ambedkar and paying floral tributes to Lord Buddha at Ambadawe, the ancestral village of the Father of the Constitution, in the Ratnagiri district of Maharashtra.

“November 7 is celebrated as the Students Day in schools in Maharashtra to commemorate the day when Babasaheb Ambedkar had enrolled in a school in 1900. This initiative should be replicated in the entire country,” he said.

He said Ambadawe village is known as the “Sphurti bhumi” (land of inspiration) which is an apt tribute to Ambedkar who contributed enormously in various fields with full energy.

“As per the ideal of the ‘sphurti bhumi’, there should be a social system in every village based on the values of harmony, compassion and equality cherished by Babasaheb,” Kovind said.

The President further said that he was elated to note that the Dalit Indian Chamber of Commerce and Industry (DICCI) has undertaken various initiatives to make Ambadawe self-reliant. He praised the DICCI for providing relief to villagers affected by the ‘Nisarga’ cyclone in June 2020.

He expressed confidence that the collective efforts to make people self-reliant by promoting small enterprises in villages would prove “transformative and bring substantial change in the lives of villagers”.

“Babasaheb advocated self-employment and had set up a consultancy firm in trading of stocks and shares. He had submitted a memorandum to the then viceroy Linlithgow (He had served as Governor-General and Viceroy of India from 1936 to 1943) in 1942 demanding participation of the underprivileged in tenders of CPWD. But due to his social and political responsibilities, Ambedkar could not devote time to entrepreneurship,” the President said.