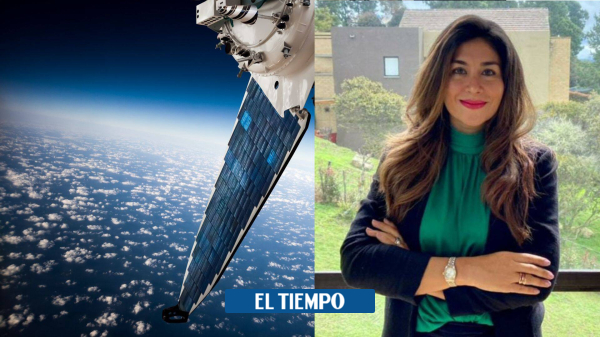 Pilar Zamora, director of the Colombian Space Agency, is the first Latin American to be on the board of directors International Federation of Astronautics (IAF).

The appointment took place on 22 September during the 2022 International Astronaut Congress held in Paris, France.

In this Congress, she was nominated and approved after Zamora Acevedo participated as a speaker on the panel “Sustainability Action for Emerging Countries Using Satellite Data”. vice president, In addition, it is special advisor Governing body on space issues.

(Too: China plans to send ships to Jupiter and Uranus with the same rocket,

Zamora is part of the new board of directors of the IAF.

Established in 1951, IAF is a global non-governmental organization, The Colombian Space Agency is a member of the IAF since 2018.

“I will be the voice of leadership for Latin America and emerging countries, promoting all space projects in these areas. With this it has been shown that we can cooperate with all world powers”, confirmed Zamora.

And he added: “It’s a very important recognition for me, but even more so for Colombia because we’ll be able to progress and build a country from space; we’ve been doing that, but now we have a lot more.” will be supported.”

Zamora is a doctoral candidate in law, with an emphasis in financial law, from Sergio Arboleda University. She is also the founder and executive director of the Colombian Space Agency.

The latter is a private non-profit foundation “created with the aim of articulating the Academy, Government and the private sector for the development of the aerospace technology and service industry in Colombia with the execution of projects having social and environmental impact”. What is read on its website.