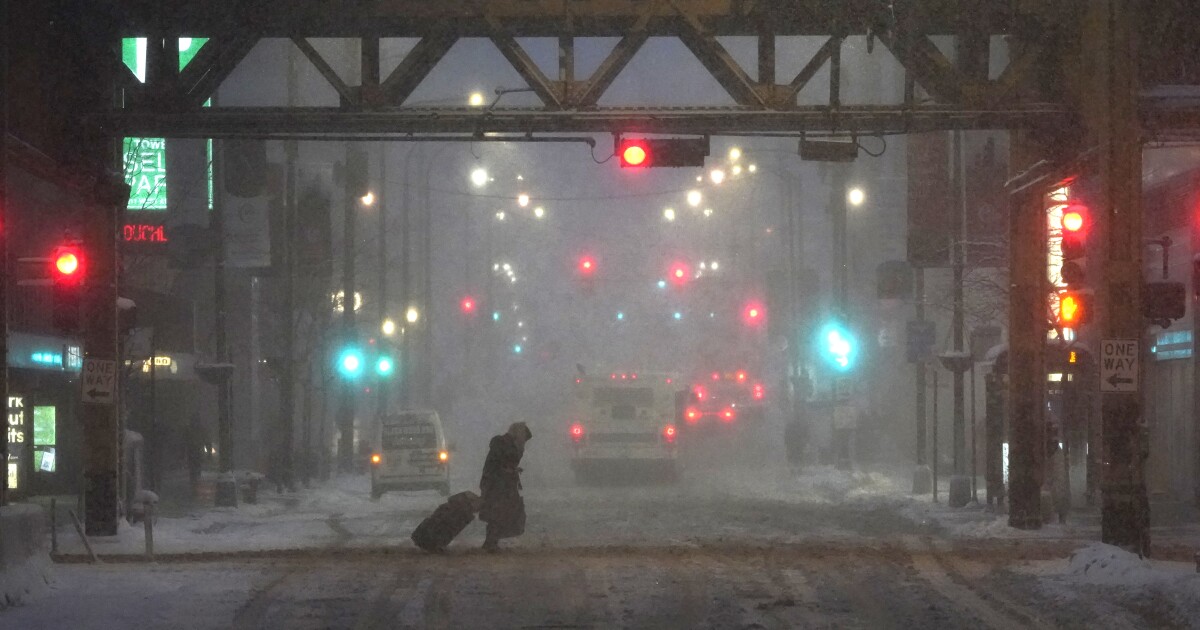 A major winter storm with millions of Americans in its path brought a mix of rain, freezing rain and snow to the nation’s midsection Wednesday as airlines canceled thousands of flights, officials urged residents to stay off roads, and schools closed campuses.

More than a foot of snow was expected in parts of central Missouri and Michigan, and up to a foot of snow could fall Wednesday and Thursday in central and northeastern Illinois. Twelve to 18 inches of snow is possible in areas of northern Indiana, said Andrew Orrison, a meteorologist with the National Weather Service in College Park, Md.