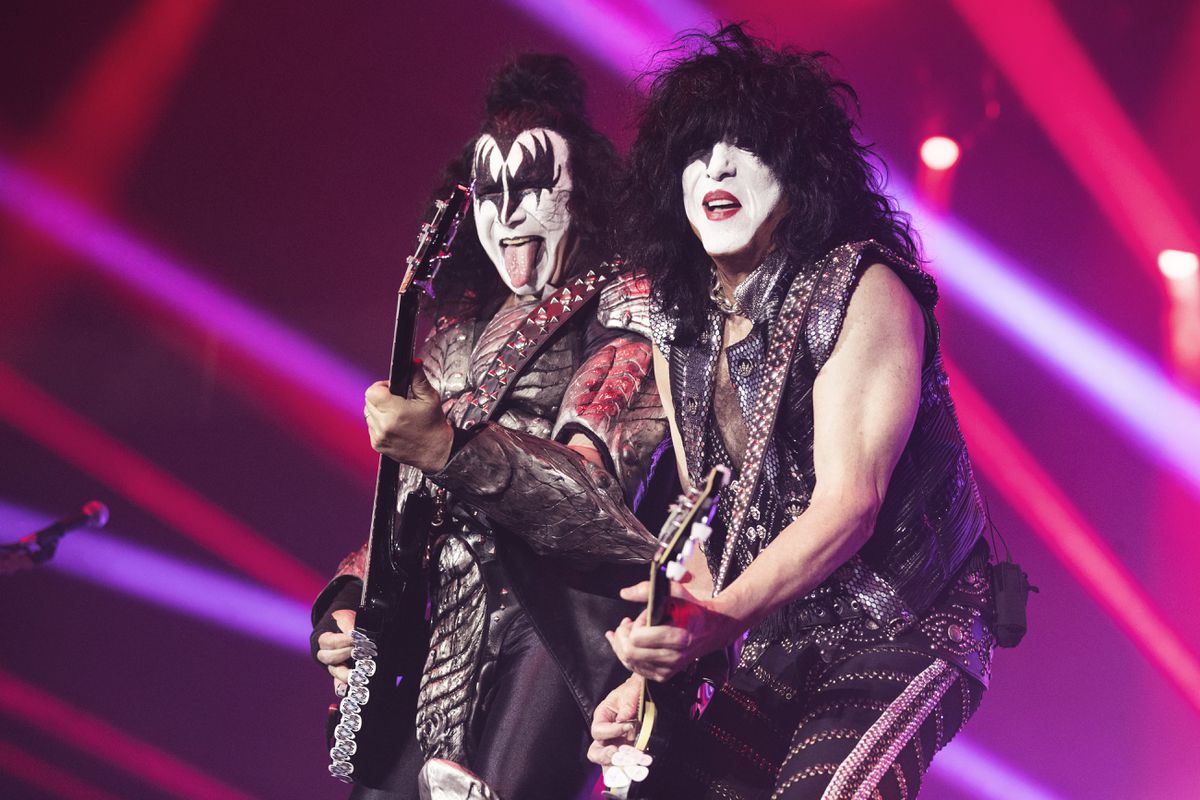 
At 72 years old, Gene Simmons still wants to wear his dragon boots with dignity. Instead, Paul Stanley he’s more cautious in his 70s, he talks more about the importance of spending time with family. That is, for him now not everything is reduced to the hours he spends on stage. There are other things apart from Kiss, more concerns than the merely musical ones. With arguments like these, the legendary American rock band justifies its tour end of the road, that will definitively remove them from the scene a year from now, coinciding with their 50th anniversary. It will have a stop on July 2 at the festival Barcelona Rockfest and on July 3 at the WiZink Center from Madrid.

The two leaders of the band believe that it is time to let go and savor every second as the main protagonists of the Kiss army. Unlike The Farewell Tour, the other tour with which they also announced their farewell in 2000, that left a bitter aftertaste, today they do it with the tranquility of having fulfilled their duty, serene because of the legacy they leave and because their community continues to grow in number of faithful despite that step aside. At this point, they face each concert as a gift, as a deserved extra. Stanley tells it in a meeting with EL PAÍS at the Festhalle in Frankfurt, a square where the metal fort is solid and where the group offered a concert on June 24.

Nothing is left to chance in the Kiss machinery, everything is measured in millimeters. Each piece of gear has meaning and its time to shine. Until you get to the appointment with Stanley, you have to walk the corridors of his mother ship, cross paths with intermediaries, go through rooms with Kiss posters and cities where they have played. The bottom line is that the world out there is empty, boring, and insubstantial. Just the opposite of what is found in the circus that Kiss puts on: inside there is fantasy, color, pyrotechnics, humor and, as the main premise, keeping alive the innocence and illusion of the child that we all carry inside. “Achieving success is easy, the difficult thing is to maintain it for so long. That can only be achieved with a work ethic”, explains Stanley. They have done it for almost half a century, with their comings and goings, many triumphs and, by the way, the occasional disappointment.

For the meeting with Stanley, a room is prepared with two high white leather stools and behind it a black curtain with flames, the same one they use for personalized photographs with their fans. After the formal wait, the musician still appears without makeup and with a good image. We don’t shake hands, but it’s not necessary, his greeting is frank and sincere. He apparently feels comfortable in this situation, although it was not always so. Perhaps seeing the goal so close relaxes him. His silver slippers and his well-cared skin are striking. despite the jackpot.

The pandemic has changed the perspective and priorities of many people. He too, takes everything more calmly. “I would like to think that people have the possibility of changing others. When you are isolated and afraid, and people around you are sick or dying, you put aside everything horrible and go back to being who you are, in the worst situations is when we learn. Life is precious and we should enjoy it. We may not go back to the point where we were, but hopefully we will come out better, ”he adds. The order of priorities changes with age, even more so when something as essential as a professional career is coming to an end. “There should be nothing in life as important as family and friends. If there is something more important than that, you are missing the foundation of what is most elemental and what makes life wonderful. If you don’t get there, you’ll still have a big hole inside you. We have a responsibility, to leave a better world for those who come after”, he says.

Stanley is quite active on social media, especially Twitter. A few weeks ago he criticized the American system, he does not understand how it is still the only country on earth with frequent mass shootings. “When there are still so many people in America with guns, many of them designed to rip people apart in war, this becomes nonsense. 300 years ago people heeded the Constitution. One of the founders was Thomas Jefferson, he drafted some of those documents. However, I think it should be renewed every 10 years, the world and its freedoms change.

The musician still does not know what he will feel when he plays the last song, surely Rock and Roll All Night, at the last Kiss concert, probably in New York City. It’s hard to imagine. “The first thing is to be sure that we have played for all those who have ever wanted to see us, and when the final day arrives, the greatest satisfaction will be that of having closed the circle”, he affirms. What makes Kiss different from any other band is the community they have built around themselves. “We had enormous success at the beginning, being aware that we came from the street. The proof of this was the work and believing in us. For them to follow you they have to accept your lifestyle,” he adds. The goal of the band is to make all those people happy and give them what they need, whether it’s through the records, the dolls or the conventions that are about the band. They even organize a themed cruise. “Making people dream is something magical. For example, you are never old enough to go to disney land and excite you with everything around you. That’s KISS!”

A turning point in the history of Kiss was the album Alive!, charted for 110 weeks and sold 10 million copies. “The discs before Alive! they didn’t capture who we were live, they weren’t that instrumental. Volume 106 or 210 may come later, but the essence is in alive Y Alive II. They are documents for history”, he affirms. In today’s rock, one of the unknowns is the absence of relief for bands like Kiss, The Rolling Stones, The Who either Led Zeppelin (He recently met his friend Jimmy Page in London.) “In the last decade, the idea of ​​’paying to play’ has been installed in the United States, it’s crazy. As a musician you must guarantee yourself some minimum benefits, but never pay for it. Clubs have to foster talent”, he insists.

The addition of Tommy Thayer and Eric Carr to the line-up after the departure of Ace Frehley and Peter Criss generated debate and disagreements among their followers. Time showed that it was the only way out. “Without them we would not have continued. We are fortunate that there are still those who want to help us continue to believe in this dream. For example, my wife saw the concert we gave a few days ago in Stockholm and she told me it was the best she had ever seen us”, he assures. When Gene Simmons rises on his platform to sing God of Thunder and spitting blood, and then Paul Stanley does his zip-line jump to the center of the stadium to perform Love Gun, the sign is this; despite competition and egos, Kiss exists because of them: “We’ve been in this together since we were 17 years old. Gene couldn’t have done this without me. And neither would I without him.”