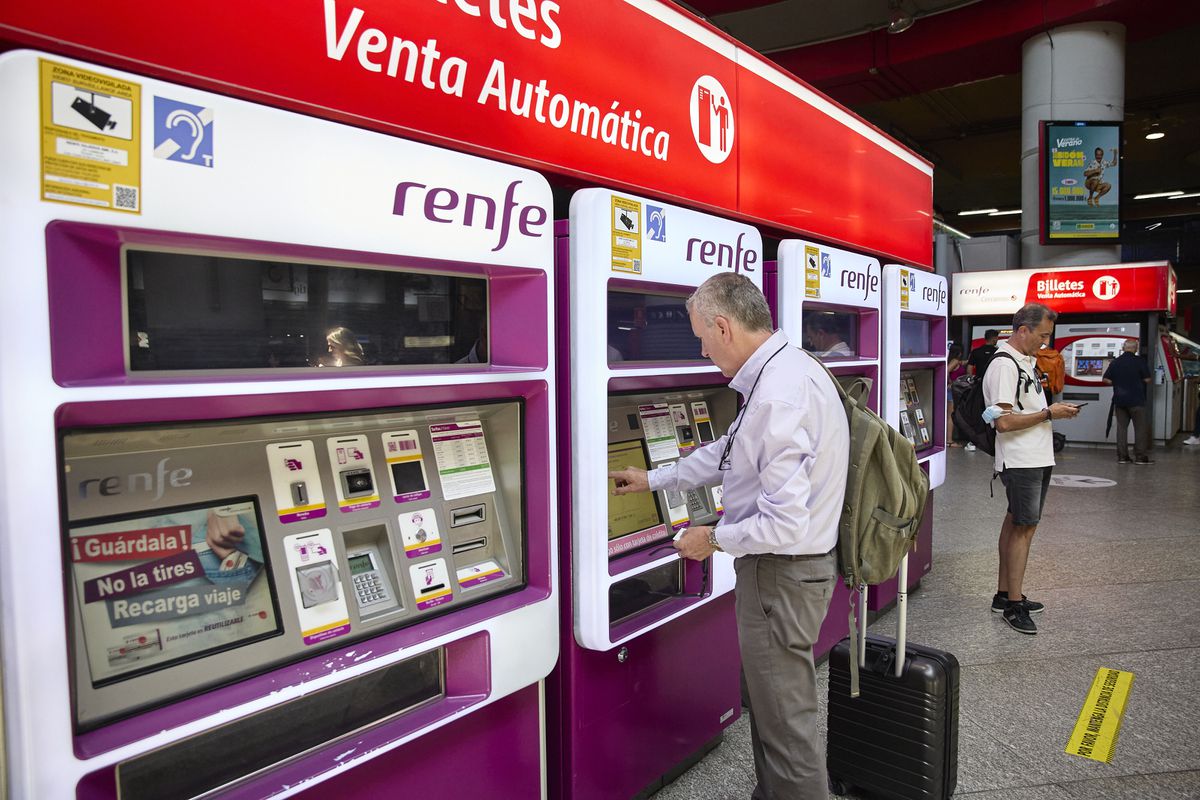 Table Of Contents hide
1. environment
2. middle distance
3. advance
4. Recurring AVE Season Tickets
5. The AVE from Madrid to Alicante and Murcia will leave from Chamartin from 13 September
6. Like this:

Over 250,000 people have signed up from 8 august App enabled by RENFE on the web and with discounts to be entitled to new free passes and use rail services government approved and whose details The Official State Gazette (BOE) publishes this Thursday, Cercanías and Media Distancia can be obtained from 24 August, will be applicable on 1 September and can be used until 31 December. In the case of Hi-Speed ​​and Avant, the dates are the same except for the period of use, which has been extended to January 31, 2023. It aims to help tackle the rise in fuel prices and reduce the use of private fuel. Vehicle.

In addition to these discounts, the executive is also going to subsidize 30% of the urban metro and bus (some cities will increase the discount to 50%). In Renfe’s case, the registry was opened on 8 August to request a waiver, so that users can take steps in advance and speed up processes to avoid problems with computer system collapse. These are the terms of sale and use set out by the resolution of the Ministry of Transport, Mobility and Urban Agenda which includes the BOE:

The new Commuter Recurring Season Ticket is personal and you will need to present your DNI or passport (of a parent or legal guardian if the user is under 14 years of age) to obtain it. The title allows unlimited free travel between any origin and destination for which it is issued. Customers will be able to obtain this pass at ticket offices, vending machines and through the Renfe Sarcanias application, except in Asturias and Santander hubs, where they can only obtain it physically. Apps will generate a QR code that will be downloaded to the mobile and which can be used to cross the turnstiles directly in the Curcanias hubs of Madrid, Málaga, Murcia-Alicante, Valencia and Zaragoza. A seven-digit code will also be generated with which membership can be received in physical format or loaded into one already available to the customer at ticket offices or self-service machines in the centers of Cadiz, San Sebastian, Bilbao, Seville. May go. And Barcelona..

The purchase of a new subscription will require a deposit of 10 Euros. It is advisable to pay by credit card to facilitate automatic refund, which will be done only if minimum 16 trips have been made. In case of non-compliance of the prescribed minimum number of trips, the deposit amount will be treated as compensation and will not be refunded to the user. If the deposit is made in cash, a refund must be requested at ticket offices, customer service offices or any other after-sales service.

During the marketing period of the new recurring pass, all normal multi-trip ticket sales will be temporarily suspended. As a general rule, customers who have multi-trip tickets purchased before September 1 and that overlap with the validity of the new subscription will be entitled to non-consumption trips or regularization of the remaining validity time from January 1, 2023. can claim.

As in the case of Cercanías, the medium-distance recurring season ticket is a nominal and non-transferable ticket valid between 1 September and 31 December. The deposit amount will be 20 euros (with the exception of stations forming the Rodalis de Lleida, Tarragona and Girona and Villarubia-Córdoba-Rabanales-Alcolía line, whose deposit will be 10 euros), and if a minimum of 16 trips, it will be refunded. Free season tickets can be obtained from self-service machines and station ticket offices and formalize your journey at self-service machines, ticket offices, the Renfe website and app.

Sales of regular subscriptions will be suspended during the four months when new recurring subscriptions go into effect. Passengers can request a refund of the proportionate portion.

Avant services that have a public service obligation, medium-distance trains capable of traveling at a maximum speed of 250 kilometers per hour covering two adjacent routes within or within the same autonomous community, are the only ones to receive the new title. Not required, but are optimized with the application of 50% discount for current users.

Customers who have purchased a multi-trip ticket before September 1, 2022, and whose time of use overlaps with the membership bonus period, will retain the terms of use and validity with which they were purchased. In addition, they can, through after-sales services, request a refund of 50% of each trip made in the above period.

Created a new recurring AVE pass, valid for 10 round trips, between two stations, for 13 authorized routes (Madrid-Palencia, Madrid-Zamora, Leon-Valladolid, Burgos-Madrid, Leon-Palenia, Burgos-Valladolid, Orens-Zamora, Palencia-Valladolid, Huesca-Zamora, Leon- Segovia, Segovia-Zamora, Palencia-Segovia and Medina del Campo-Zamora). This is also nominal and has a validity period of 30 days from the date of purchase and trips must be consumed (within the validity period) within 20 days from the first formality. Its use is limited to 31 January 2023.

It will be sold with 50% discount on Plus 10 Normal Avant card and standard category rate. Passengers can register both on the web and Apps From this August 8 of Renfe. They can be issued by points of sale (ticket offices) at stations, the Renfe website, travel agencies and telephone sales.

High-speed services from Madrid to Alicante and Murcia will be transferred from Madrid-Atocha station to Chamartín station by 13 September, in response to the increase in offerings from various companies (Renfe, Oigo and K AVE and AVLO). Irio), within the framework of the liberalization of the sector, as reported by Aadif on Thursday. AVE services will change their location in each direction with the exception of four daily trains, which leave for Madrid-Puerta de Atocha. Two of them will start their operations in September and two others in December.

Head’s location in Chamartin will increase travel time on direct trains between Madrid and Alicante to less than 10 minutes, and achieve enormous time savings on transversal services, according to Adif.

Renfe traffic to Valencia will temporarily continue to operate from Madrid-Puerta de Atocha until Chamartin station has eight standard gauge tracks, with the commissioning of new tracks 14 and 15.