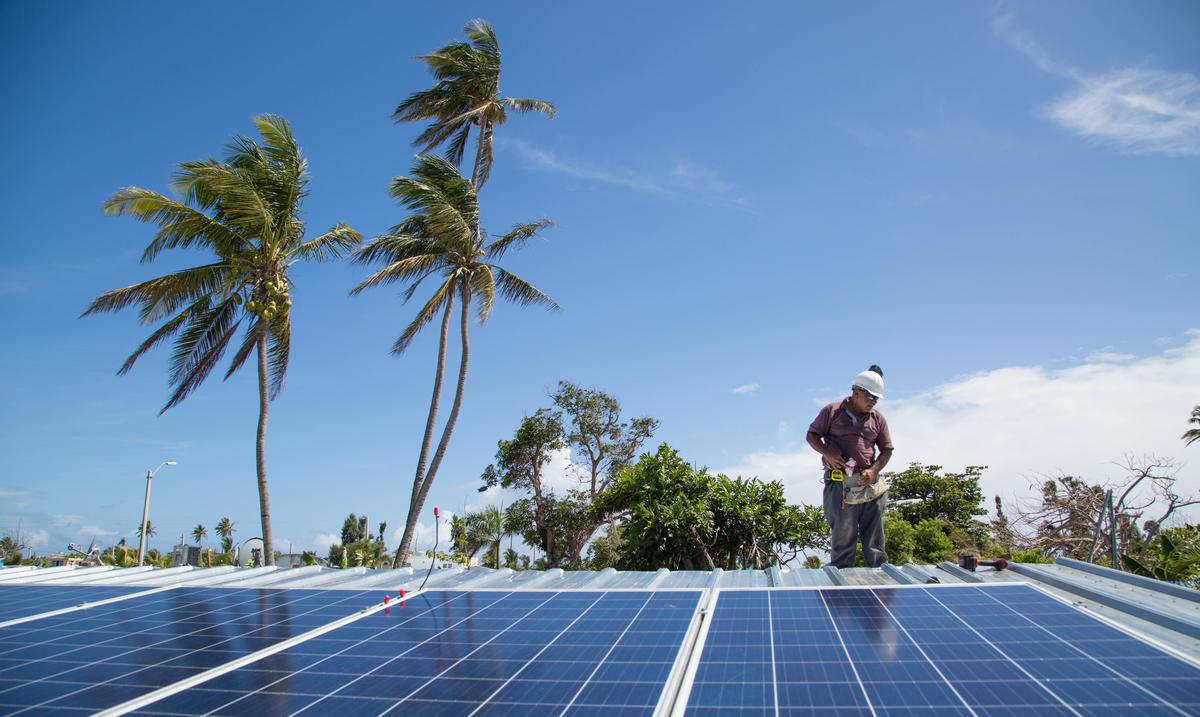 Before Fiona’s first snoring in the southwest of the island on a Sunday afternoon, I knew the power had gone out in my house because I heard a neighbor’s noise generator came on. In fact, I am one of the lucky few who have been able to get a solar panel system when there is no electricity service, like right now. So I was able to continue watching news and TV reports, and keep the fridge running for my insulin.

There are more significant benefits to a solar panel system than simply stopping listening to the noise generated by the power generator., The rear neighbor’s generator, for example, causes the stench of used diesel fuel to permeate our house in a matter of hours, making it look like a city garbage truck is parked in the driveway. Living Room. Down the street my neighbors who have electric generators, in the days after a storm, have to go out looking for gasoline or diesel wherever they find it – at nearby or faraway stations – and in long lines. standing, often in the sun, Then load those red containers full of highly flammable fuel into their cars, His trips to gas stations are frequent, as electricity is consumed for an unusually long period of time. And on top of that, those generators will have to be maintained: oil, replace spark plugs, add additives to fuel, and take other measures, such as keeping them out of the house, adequately covered and away from doors and windows. In other words, having a gasoline or diesel generator It’s always a somewhat complicated and painstaking project For most of us, especially if we are not very young now.

With all of the above the problem we are facing now is this: Diesel fuel is scarce, for whatever reason. But, the worst part isn’t that it’s only rare for homes that use it; Is it rare for hospitals, supermarkets, industries and service offices, Hospitals are already on the verge of exhausting their reserves, which means; And supermarkets that have shortened their opening hours explain that they will soon have to dispose of refrigerated or frozen food.

If the energy we use—instead of coming from diesel or gasoline—came from the sun, we wouldn’t have these problems., The energy we take from the sun is cleaner and more accessible, and ultimately much cheaper. That is why there is something very sensible what Professor Eduardo Bhatia expressed from these pages: “Decentralization of energy is the immediate agenda of a better Puerto Rico.” I agree that our country should aim as it proposes: gradually install equipment on 400,000 rooftops that generate electricity that shuts down a large portion of PREPA’s old fleet. In European countries, they also have “roofed” highways for installing solar panels on those roofs. I don’t know if federal government regulations allow this on roads built with money allocated by Congress, but it should be studied and alternatives sought, It’s a matter of being creative. And there is a law that promotes these initiatives.

Of course, I agree that as we begin to convert the energy that LUMA sells to what the sun gives us, the government will decide to impose a special tax on the ownership of solar panels to replace the funds that PREPA sells. will not. Now receive your bondholders for payment. And, as we know, The rope always starts with the best: us.

San Juan after Fiona: A Tale of Two Cities, by Paul Figueroa

Hurricane Fiona: Solidarity and Activism from the Diaspora, by Arlene Davila

Beyond Resilience: A Country in Continuous Improvement by Lilium Pabon

The Destruction of Fiona: Another Consequence of Climate Change by Edwin Hernandez Delgados

Fiona and the Two Puerto Ricans by Leo Aldridge