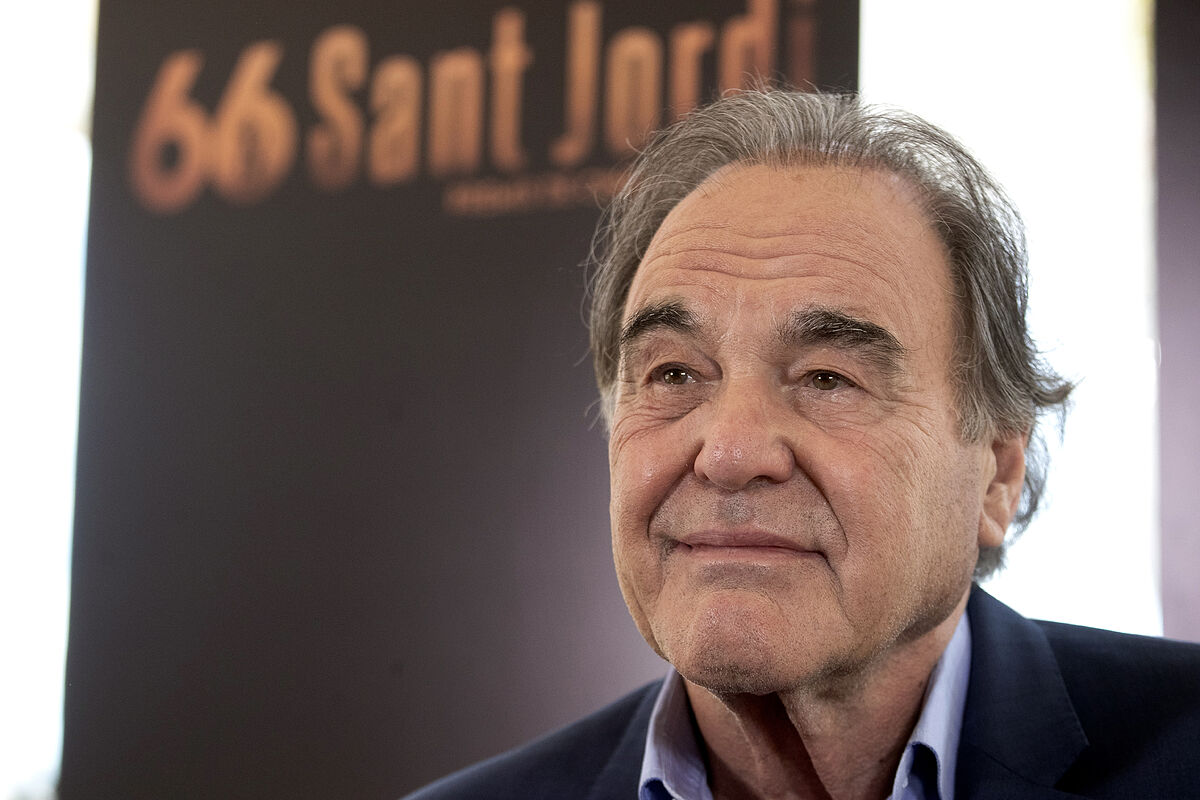 Very critical of his country’s establishment, Stone has ruled that “the only thing that worries the United States is to continue selling tremendously expensive weapons”

During the visit of Oliver Stone (75) to Barcelona, the American director has loaded the inks against his own country twice. First of all, because during the VI edition of the BCN Film Fest has presented the documentary ‘JFK: case reviewed’ in which, based on the documents declassified in 2017, he again puts his finger on the sore spot to dismantle the official version of the assassination of the president kennedy on November 22, 1963. Three decades earlier he had already shown his version of events in ‘JFK: open case’.

And, secondly, because it has firmly positioned itself in the war between Russia and Ukraine. Very critical of the establishment in his country, Stone has ruled that “a USA the only thing that worries him is to continue selling tremendously expensive weapons to regimes with which we cooperate because in this way their economy grows nonstop.” In his meeting with the press and in the discussion after the screening of the documentary, he argued that “we have a distorted image of Putin which they qualify as the new hitler and stalin, when in reality he is a good son of his country who wants to protect his people. The man I knew was quite rational and thoughtful like a chess player.”

This comparison with the Russian king sport has served to emphasize what Stone perceived during the dozen interviews with the Russian leader on the occasion of the four-part television series ‘The Putin Interviews (2017)’. “You have to have a historical memory because the INC already wanted to control the Ukraine in 1947 and 1949 to be able to infiltrate the (extinct) Soviet Union. Putin is a creation of the United States. It was very easy for my country to create another coup, in this case in Ukraine in 2014, when they put the president (Petr Poroshenkopredecessor of Volodmir Zelensky) to go against Putin and Russia,” Stone stated emphatically.

The CIA continues to be a sinister entity that weaves the destiny of numerous countries for the benefit of the United States. In fact, this intelligence service has managed so that even today the truth about the assassination of John F. Kennedy. The veteran director, winner of three Oscar has argued that “Kennedy was the first president since Lincoln who openly confronted power and advocated global peace. She got along with Nasser, Khrushchev, the president of the Congo… His thinking did not suit the established powers because he wanted to get away from American imperialism. Kennedy bothered because he wanted a rapprochement with the communists like Fidel Castro, which suffered several attacks; he wanted to bet on a joint mission on the moon with the Soviets, he tried to get the troops out of Vietnam, he wanted to eliminate racial segregation and he wanted to gradually demilitarize the country to avoid the big arms business”.

In petit committee assures that there are many classified and declassified documents that link the CIA with the mafia, with many exiled in Cuba and with the plans that there were to assassinate Castro. According to Stone, “the American people are so manipulable that they only believe in the version fabricated by the intelligence services. When the Warren Commission was created, there were two members who were not satisfied with the reports presented, they believed that everything was false from the beginning.” and that Lee H. Oswald had already been found guilty. A single sniper, three bullets, and then an autopsy that declassified documents showed had been falsified. The brain mass that came to the coroner did not belong to Kennedy, someone else. I changed it. Kennedy had lost quite a bit in the car, hence the videos of Jackie trying to pick up the wreckage.”

Throughout three decades, Oliver Stone has been aware of the evolution in the investigation of the most mediatic assassination in history. He alleges that “an extraordinary set-up was created. The first thing they did was oswaldso Jack Ruby I killed him Then he was jailed. Since 1964 he asked the Warren Commission that they take him to Washington because in Dallas he did not feel protected, he had a lot of information to give, and they denied him the transfer. In the end they were going to judge him in 1967 and, suddenly, he died of cancer. How opportune! The United States was experimenting with an injection with which you contracted the disease, Ruby had a strange reaction and died several weeks before being tried. It’s the perfect cover-up.”

At that time the country was also experimenting with chemical diseases and mind control through the organized MK Ultra program perpetrated by the CIA. Before appearing at the photocall, he spoke with several journalists from Marilyn Monroe, one of the multiple lovers of the former president of the United States: “The actress was a perfect tool to get information out of Kennedy, that’s why they also killed her.” The director took advantage of her stay in Barcelona to pick up the Sant Jordi Honor Award for Cinematography organized every year by RNE.

According to the criteria of