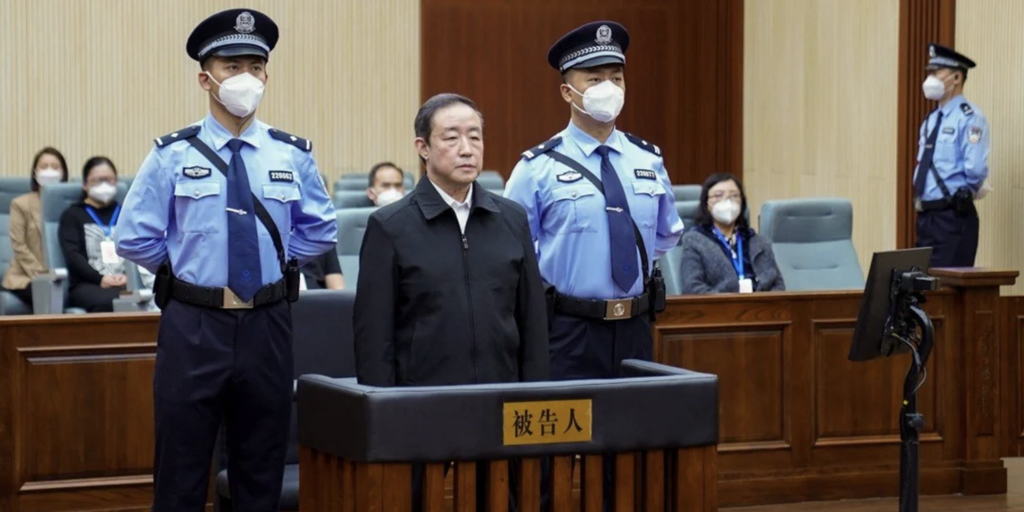 Personifying that so ironic of the “hunted hunter”, the one who was Minister of Justice of China between 2018 and 2020, Fu Zhenghua, will spend the rest of his life behind bars for corruption. According to the official press, Fu has been sentenced to death for accepting bribes worth 117 million yuan (16 million euros), but the sentence has been postponed and will become life imprisonment. Along with him, other former senior officials of the Ministry of Public Security have fallen. The most important of them is Sun Lijun, who was deputy security minister and has been accused of leading a “disloyal” clique to Chinese President Xi Jinping. Like Fu Zhenghua, Sun Lijun has been sentenced to death, but it has been commuted to life imprisonment. This new purge shakes the regime less than a month before the 20th Congress of the Communist Party of China, in which Xi Jinping will perpetuate himself in power. In addition to the corruption charges, which in the case of Sun Lijun amount to bribes of 646 million yuan (90 million euros), all those charged in this process have been accused of “disloyalty”. Fu Zhenghua, who is 67 years old and was sentenced on Thursday, and Sun Lijun, 53 and sentenced this Friday, is joined by a former head of legal and political affairs in Jiangsu province, Wang Like, who is 57 years old and will spend the rest of his life in the shade. In addition, three former police chiefs were sentenced on Wednesday to sentences ranging from 14 years in prison to life in prison. Related News standard If Xi Jinping leaves China for the first time since the start of the pandemic to visit Central Asia Jaime Santirso The Chinese leader will hold a personal meeting with Vladimir Putin on his way through Kazakhstan and Uzbekistan According to state media, all of them form part of a group led by Sun Lijun who had taken advantage of his enormous power in the state security apparatus. Another of its alleged members, Liu Yanping, 67, a former head of the Security Ministry’s disciplinary committee, was dismissed three weeks ago and expelled from the Communist Party, but has yet to be arrested or charged. The most powerful president since Mao or Xiaoping With this new purge in the name of the fight against corruption, Xi Jinping issues a serious warning before the 20th Congress, which will begin on October 16. In said conclave, Xi will break the limit of two five-year terms that, since the time of Jiang Zemin, the presidents of China had to avoid the personalist excesses of the Mao era. But Xi Jinping has reformed the Constitution and the statutes of the Communist Party to remain in office and establish himself as the most powerful Chinese leader since Mao Zedong and Deng Xiaoping. Since he took power, first as Party General Secretary in 2012 and then as President in 2013, Xi Jinping has purged not only dissidents and political activists, but also his rivals within the regime. In total, almost five million officials and cadres of the Communist Party have been punished in successive anti-corruption campaigns. With the slogan of chasing “tigers and flies alike”, Xi has not only persecuted petty officials, but also high officials who could threaten his power. Among them stands out a former head of State Security, Zhou Yongkang, who curiously was investigated by former Minister of Justice Fu Zhenghua before taking office, during his time in the Police. Along with Zhou Yongkang, other senior Party and Army officials close to the previous president, Hu Jintao, fell. But, in the clearest example that no one is safe from the purges in China, the hunters of then have been hunted now.