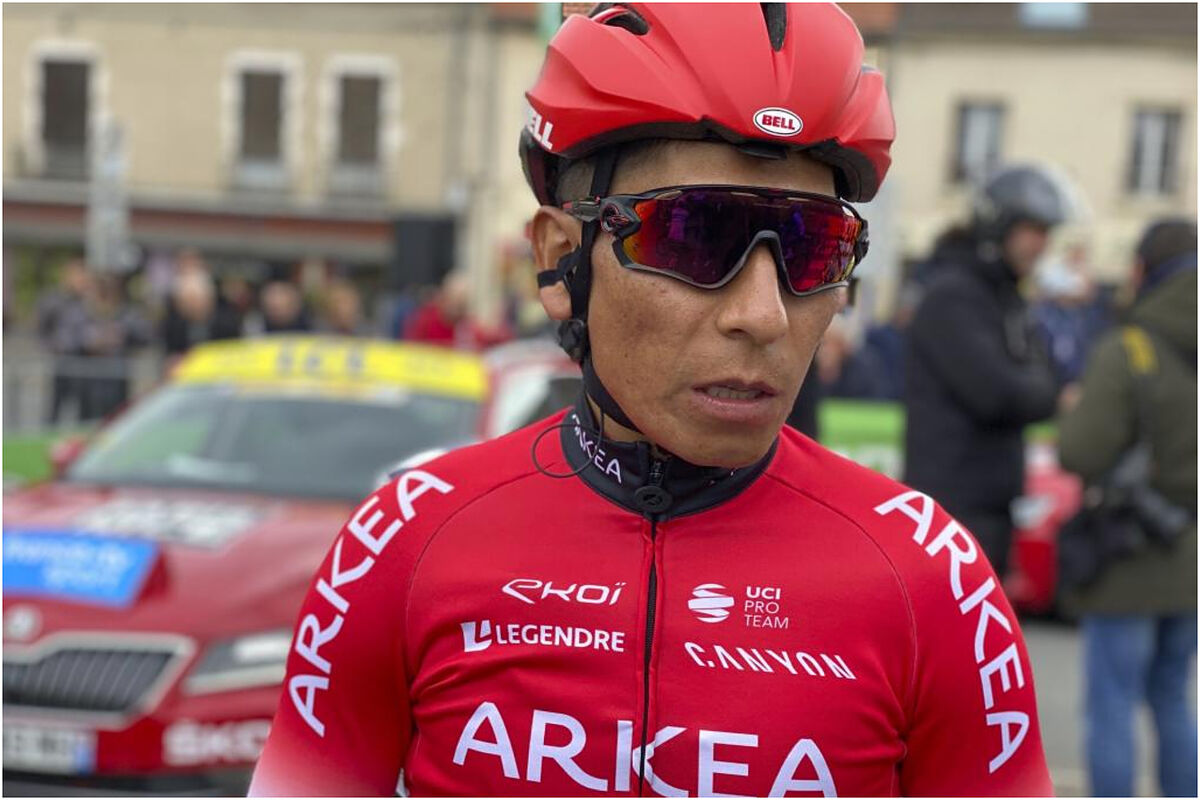 Table Of Contents hide
1. with draw points
2. on tramadol ban
2.1. Like this:


nairo quintana Has been disqualified from the 2022 Tour de France after testing positive at one of the controls taken during the Tour.

The International Cycling Union (UCI) announced this in a statement after traces of tramadol were found in Colombian blood.

“Analysis of two dried blood samples provided by the cyclist on 8 and 13 July during the Tour de France 2022 revealed the presence of tramadol and its two main metabolites,” it said in a statement.

“Per UCI medical regulations, the cyclist is disqualified from the 2022 Tour de France.

“This decision can be appealed to the Court of Arbitration for Sport (CAS) within the next 10 days.

“During the Tour de France 2022, a total of 120 dried blood samples were collected as part of the Tramadol programme.

“Violations of the in-competition restriction on the use of tramadol are an offense under the UCI Medical Rules. They do not constitute an anti-doping rule violation.

“Since this is the first offence, Nairo Alexander Quintana Rojas is not disqualified and can therefore take part in the competitions.”

As for the Tour event, starting with news such as “bad news, but whether he will run from Friday depends on the team”.

As MARCA has learned, the rider does not have to go through the COVID-19 testing process as the rest of his teammates have, so he cannot race.

The decision, in any case, will later depend on Arkea himself. narrow Said Monday before the tour “we’re going all out”.

With Nairo’s disqualification from the previous tour (where he finished sixth), Arkia would lose 455 points, while Education First would gain 35 and Movistar, his former team, would gain 10.

This would be a major blow to Arkea who belongs to the MPCC (Movement for a Credible Cycling) association and which gave him the role as a leader.

now, narrow You have 10 days to appeal against the sanction. Earlier this afternoon, he was meeting with his lawyer to study the measures to be taken in the coming days.

In the past, at the 2020 tour, officers searched Arka’s hotel in search of doping substances, although no evidence was found.

As of March 1, 2019, the UCI has banned the use of tramadol in competitions across all disciplines and categories to protect the health and safety of riders in light of the side effects of this substance.

Developed by the Swiss company DBS Systems, the sample kit is used to perform this minimally invasive test, which involves collecting a small amount of blood from a cyclist’s fingers.

The samples are analyzed independently in the Laboratory of Clinical Pharmacology and Toxicology at the University of Geneva, using a peer-reviewed method to quantify the presence or absence of tramadol and its two major metabolites.

The results are sent to the Center for Research and Expertise in Anti-Doping Sciences (REP) at the University of Lausanne for final independent review.

In recent years, tramadol was linked to an increasing number of accidents within the peloton and now, the substance has created a problem. nairo quintana,