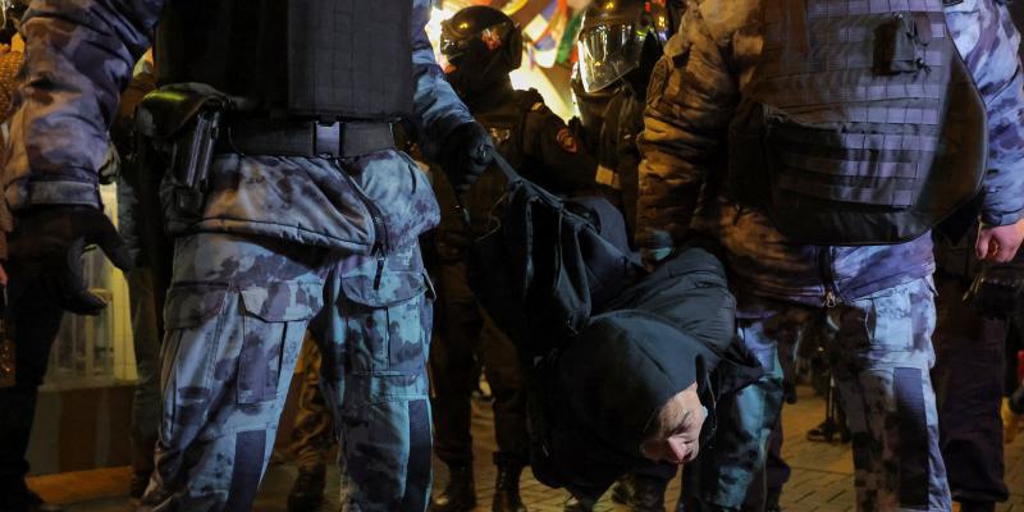 Vladimir Putin’s announcement about the partial mobilization of reservists provoked massive citizen protests in more than thirty Russian cities -Moscow, Saint Petersburg, Volgograd, Belgorod, Yekaterinburg and Novosibirsk, among others-, which were unceremoniously quelled by the Police. images of the protesters being dragged or carried away by the agents they became viral on social networks. At press time, there were more than a thousand detainees, according to the independent portal OVD-Info.

The measure with which the Kremlin intends to change the course of the war and put an end to the military setbacks that its troops have suffered in recent weeks in Ukraine not only provoked a response on the street. Not surprisingly, one of the first reactions took the form of fear. Specifically, the fear expressed by citizens who rushed to buy plane tickets to flee Russia as soon as possibleworried that this latest desperate push by Putin will push them to the front line.

According to Reuters, the prices of flights to leave Russia reached yesterday record prices and many are sold out shortly after Putin’s announcement about the mobilization. This was the case, for example, with direct flights between Moscow and Istanbul and Moscow and Yerevan (Armenia), since these are destinations where Russian citizens do not need a visa and can travel without heavy bureaucratic procedures.

At noon, direct flights from Moscow to Azerbaijan, Kazakhstan, Uzbekistan and Kyrgyzstan also stopped appearing on web pages, The Moscow Times newspaper revealed. According to the same source, the Russian railways and the airline Aeroflot announced that they had not yet received the order to ban ticket sales to citizens likely to be recruited by the Kremlin.

This fear could also be known through Google Trends, a tool that serves to measure which terms or expressions are being introduced more in that internet search engine and that showed that in Russia the interest in words or phrases related to how to break an arm without pain and self-harm or about how to leave the country.

“This is horrible for the citizens, for the men who have stayed in Russia and have not been able to leave. Those who have not been able to now are going to have to go to war or to jail if they do not agree,” Veronika Efremova, 41, a Russian citizen who now resides in Spain, explains to ABC and laments the pain of the Ukrainians and the violence provoked by the Kremlin. «Another step has been taken to kill our people. What Russia is doing with the Ukrainians It is a horror. Now he has raised the repression machine to another level. There are no laws, there are no rights, there is nothing for the Russians who are in Russia », he laments.

Aware that the Putin regime is not willing to allow a mass departure of citizens, the press was interested yesterday in the possible border closure to prevent Russians affected by the mobilization from leaving the country. In a press conference, the Kremlin spokesman, Dimitri Peskov, declined to specify whether he is on the table or not to adopt such a measure. “I can’t answer that question. There are provisions for this in the current laws », he commented.

“The Defense Minister told us that Russia has lost 6,000 militarybut now they need 300,000. It’s not understood. They are lying to us to protect their jobs, “says Efremova. “People are hypnotized by propaganda, but what happens in russia it’s a tragedy. We lose people, we kill innocent people, we kill in another country that is very close to us not only geographically, but also mentally. The separation that has been opened is for many years. It is a global tragedy », he explains.

“I hope that the people affected by the propaganda begin to understand, that something begins to change, but I have no expectation that there will be protests,” adds Efremova, who does not show much hope despite the fact that opponents have asked citizens that they manifest Russia was a dictatorshipbut now it is a totalitarian country”, he concludes.

At the close of this edition, it is unknown how many Russians have fledbut the countries bordering Russia have prepared themselves for the possible consequences of the measure taken by putin. Without going any further, the Latvian Foreign Minister, Edgars Rinkevics, stressed that no Russian who tries to apply for it will be granted refuge. The war enters a new time of escalation, also for civilians.