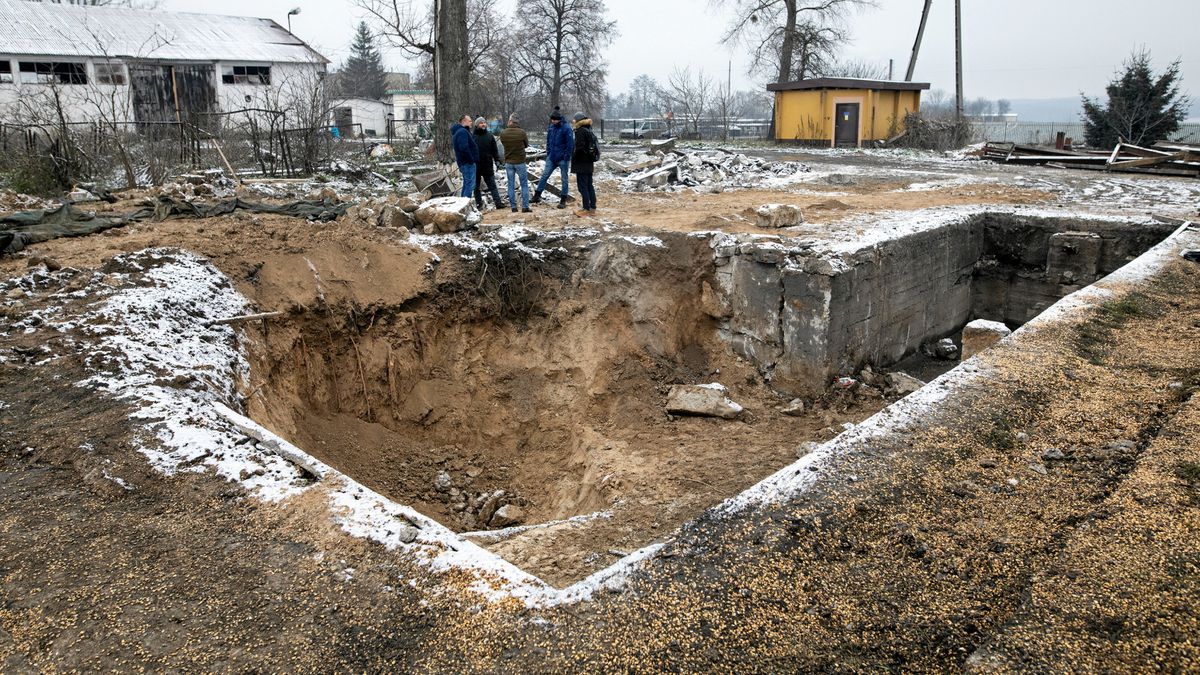 The world held its breath for a few hours last week when a missile crashed into a Polish town four miles from the Ukrainian border. There were fears for a moment that the blast, which killed two people, was a Russian attack on an EU country and a NATO member. Fears that the conflict in Ukraine would spill over into a global war soon led to the discovery that it was probably a missile from the Ukrainian air defense system that accidentally landed in Poland, intercepting a Russian projectile. But the incident has had an immediate impact on the defensive plans of the countries in the region, activating and intensifying deterrence intent and focusing on insecurities about the safety of their skies.

Berlin has taken the initiative to offer Poland air defense systems, which it has American Patriots in reserve, in addition to air patrols with its Eurofighter aircraft. an offer which Warsaw willingly accepted in principle. The two countries are studying where to possibly place two units of the US-made long-range surface-to-air missile system. The Polish Defense Minister, Mariusz Blaszczak, on Monday welcomed the German offer with “great satisfaction” and declared that it would certainly deploy them “near the border”.

However, at the last minute this Wednesday, after learning of the Russian bombing of Ukrainian infrastructure that killed a dozen people and caused power cuts in Kyiv and other cities, Blaszczak said Who has asked Germany to turn the patriots to Ukraine. “It will prevent more casualties and blackouts in Ukraine and increase security on our eastern border,” he said, which is now just a announcement on his twitter account and a proposal that would require approval from Germany and the United States, the makers of the missiles.

Countries on NATO’s eastern fringe, regionally closest to the Russian threat and who have spent years warning of the risks of the Kremlin’s warlike, imperialist and expansionist policies, are on guard. The Baltics and Poland already devote a significant percentage of their GDP to defense materials; Estonia, for example, more than 3%. Now there is talk of increasing that expenditure again on some forums. “The missile incident has accelerated the efforts of states to better protect themselves. There is growing concern that such an accident could happen again,” says Raphael Los, a defense analyst at the European Council on Foreign Relations (ECFR). Being able to deal with another stray missile or a deliberate attack increases the sense of security of the anti-aircraft system and reduces the risk of escalation, adds Loss.

The explosion in Poland, the first direct and deadly blow of Russia’s war on Ukraine over EU and NATO territory, is also raising alarm bells in Lithuania, a member of the Atlantic Alliance since 2004, which is looking to consolidate its alliance as soon as possible. Possible air defense. The country’s National Security Council decided on Monday to accelerate purchases of medium-range anti-aircraft missiles, Gitanas Nauseda, an adviser to the president, announced. The spokesman assured that the design of a new air defense system for the region is a “priority” in preparations for the 2023 NATO summit, which will be held in Vilnius, the capital of Lithuania.

Join EL PAÍS to follow all the news and read unlimited.

Last week’s scare has spurred some decisions, but concern for air security in central and eastern Europe has been a constant since the start of the Russian invasion of Ukraine. The best example, recalls Julian Pawlak, a researcher at the German Institute for Defense and Strategic Studies (GIDS), is the German project to design a European Sky Shield (European Sky Shield in English) in which fifteen states have already joined . The initiative aims to integrate anti-aircraft defense systems of surrounding countries in coordination with NATO to counter the Russian threat.

Poland isn’t participating at the moment, Pawlak says, though the announced cooperation with Germany could change its mind. Experts draw a parallel between the missile accidentally dropped on Polish territory and the sabotage of the Nord Stream gas pipelines last September. “In both cases it was known that there was a vulnerability, but an accident had to happen in EU territory to put the issue at the top of the public agenda,” he says.

The renewed interest from countries close to the war in Ukraine to improve their air defense capabilities, however, has coincided with a “very limited” availability of these systems, Harms says. Many of those that were available have been handed over to Ukraine to protect critical infrastructure and population centers from Russian airstrikes. Slovakia, for example, has donated Russian-made S-300 anti-aircraft missile systems to Kyiv, and now finds itself with “a definite hole,” he points out. The situation is similar in other countries and with other types of weapons. Many have half-empty arsenals after delivering defense material to Ukraine.

Last week, arms procurement heads of Atlantic Alliance countries met in Brussels to discuss coordinated acquisitions and it is expected that the foreign ministers of the organization’s members (of which Spain is a part) will next discuss it at a meeting in Bucharest. Week, the issue of strategic union and replenishment of arsenals in a complex scenario: it is not about simple purchases, but about long-term strategic orders, which many countries do not want to share or coordinate with partners, despite alliances , say sources in the organization. And the same goes for the joint purchasing policy launched by the EU at the beginning of last summer, which has not yet taken off, Community sources say.

The sophisticated IRIS-T defense system that Germany delivered to Ukraine a few weeks ago, for example, came straight from the factory. It had not previously been used by the German military. In fact, it was part of a request from Egypt, which gave priority to the invaded country. “Germany has reached its maximum capacity that it can deploy in a non-war situation. You have to maintain a certain reserve. It’s not just about the equipment, but about the people who maintain it.” and operate it,” Los says. Manufacturers of munitions work by order. The next three IRIS-T anti-aircraft systems that Germany has promised Ukraine are still being manufactured.

The proliferation of weapons so close to Ukraine raises other concerns as well. “The more missile systems are in the immediate vicinity of the battlefield, the greater the likelihood of malfunctions and escalation,” says the ECFR expert. But the risk is low, he says, because the military commanders of the United States and Russia maintain contact properly as a guarantee that tensions can be eased in the event of error.