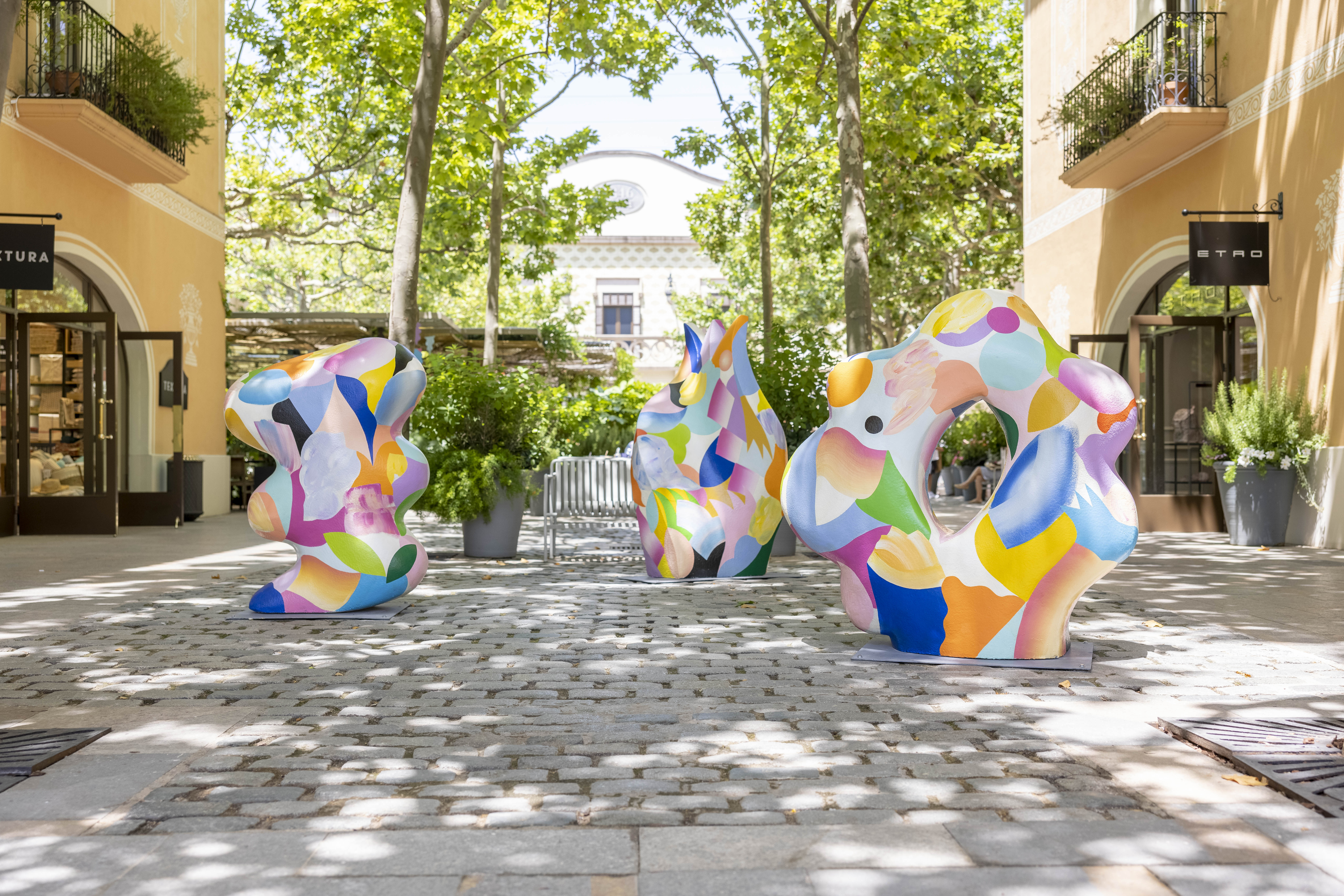 Table Of Contents hide
1. My works do not need to be understood, rather felt. Enjoy them from the emotion”
1.1. Like this:


La Roca Village dresses this summer in full color. Striking sculptures by American-born Japanese artist Mina Hamada dot the streets of the retail space. In June, the creator inaugurated a project conceived together with Roca Village and the LAB36 gallery. The idea behind colorful rideconceived ex profeso for that place, it is to support local talent.

Hamada was born in Louisiana, but grew up in Tokyo and since 2009 has lived in Barcelona. It was in Japan that he first came into contact with art: there he studied Design and Illustration at the Sokei Academy of Fine Art & Design. It was also there that he began to exhibit his first paintings. Since he lives in the Catalan capital, his work has taken influences from Barcelona’s urban art and the Mediterranean spirit.

The La Roca Village project began to take shape in 2021 and, after several meetings, Hamada and the team created for the occasion, chose to develop works with volume. The artist, who has worked in various disciplines, from paintings to murals or work on paper, is the first time that she has developed such large works in three dimensions: “It is a new challenge for me. With colorful ride I can bring people closer to my work and interact with it”.

Hamada’s proposal is articulated through three groups of sculptures: dream passagewith large-scale works (300 x 200 x 150 cm); summer whims, which are three pieces of reduced format; Y aerial landscape, a mobile installation. The artist is excited about the opportunity to give volume to her creations, because “they look like characters that come out of my paintings and have a soul.”

My works do not need to be understood, rather felt. Enjoy them from the emotion”


Hamada’s artistic style is distinguished, above all, by the cheerful and colorful colors that are combined in organic forms. And the walk delivered to La Roca Village also follows that line. They are sculptures that can be found in various corners of the enclosure. Regarding their meaning, the artist points out: “It is not necessary to understand them, rather to feel them. Enjoy them from the emotion. Now that we are in summer, they bring joy”.

In addition to debuting in this format, it is also the first time that Mina Hamada exhibits in a commercial space. Regarding her experience, she is very satisfied: “It is different from what I am used to, but those responsible for the shopping center care a lot about the world of art and culture. I can’t do such great things on my own. It is thanks to this collaboration that we have been able to organize an event of these dimensions”.

The initiative is part of The Creative Spot, The Bicester Collection’s platform for supporting creative talent, and was born as a result of the exhibition transition that Mina Hamada made for the LAB36 gallery. In this way, a thematic continuity is observed between the works exhibited in the gallery and those present in La Roca Village. “In transition I painted many paintings with themes related to the changes in my life, such as the fact that I just became a mother, but also with the transformation that the world is experiencing. And I want it to be transformed in a positive direction”, says the creator.

Hamada’s activity does not stop; She has also inaugurated an installation with the artist Kenor in the Nau Bostik artistic creation space, which will be on display until October 15: “I am happy, I like to try new textures and techniques to open my mind more”, she concludes excitedly .