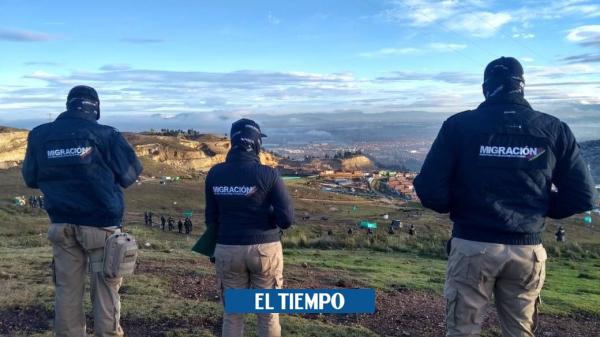 The National Government has reported that on September 26 the border between Colombia and Venezuela will be reopened. This is an issue that has generated divided spirits and those who celebrate the opening of the migratory corridors along the 2,219-kilometer border between the two nations after nearly seven years.

(To read: The Foreign Ministry pronounces on the death of a Colombian in a shelter in New York)

But an issue that has remained in suspense, with the installation of the Petro government, is the appointment of the new director of Migration Colombiaan entity that has been key in managing the immigration status, not only of Venezuelan citizens, but also of all those who come from other parts of the world.

Until now, the Government has not said who will be in charge of the position, although there is a name that has gained strength in recent weeks, it is Fernando García Monsalva, who has been close to President Gustavo Petro.

(Also: Hint from Boric to Petro? He questioned the violation of rights in Venezuela)

One of the issues that the new direction of Migration Colombia will have to take up and strengthen will be the Temporary Statute of Venezuelan Migrants.

In fact, in his resume he says that he was in the Mayor’s Office of Bogotá, during the Petro administration as deputy director of International Affairs. He would also have been an advisor and contractor for the District between 2012 and 2013. Now, there would be the possibility that he would be the one in charge of immigration matters in the country.

García Manosalva also belonged to the M-19, like the current President, but he was exiled in Europe. He is a professional in political science from the Universidad de los Andes and would have been part of the Development Program of the United Nations (UN).

(Other: ‘Dissidences were built by Duque’: Gustavo Petro’s controversial phrase)

His appointment has not been confirmed, but if he were to hold the position, one of the first challenges he would have to take on is the new migratory course that the National Government has declared to set in motion. President Petro has spoken about “the government’s commitment to re-establish brotherly relations” in the region.

Likewise, from Migración Colombia they have accompanied the Temporary Statute of Venezuelan Migrants and that would be a task to be taken up by the new direction.