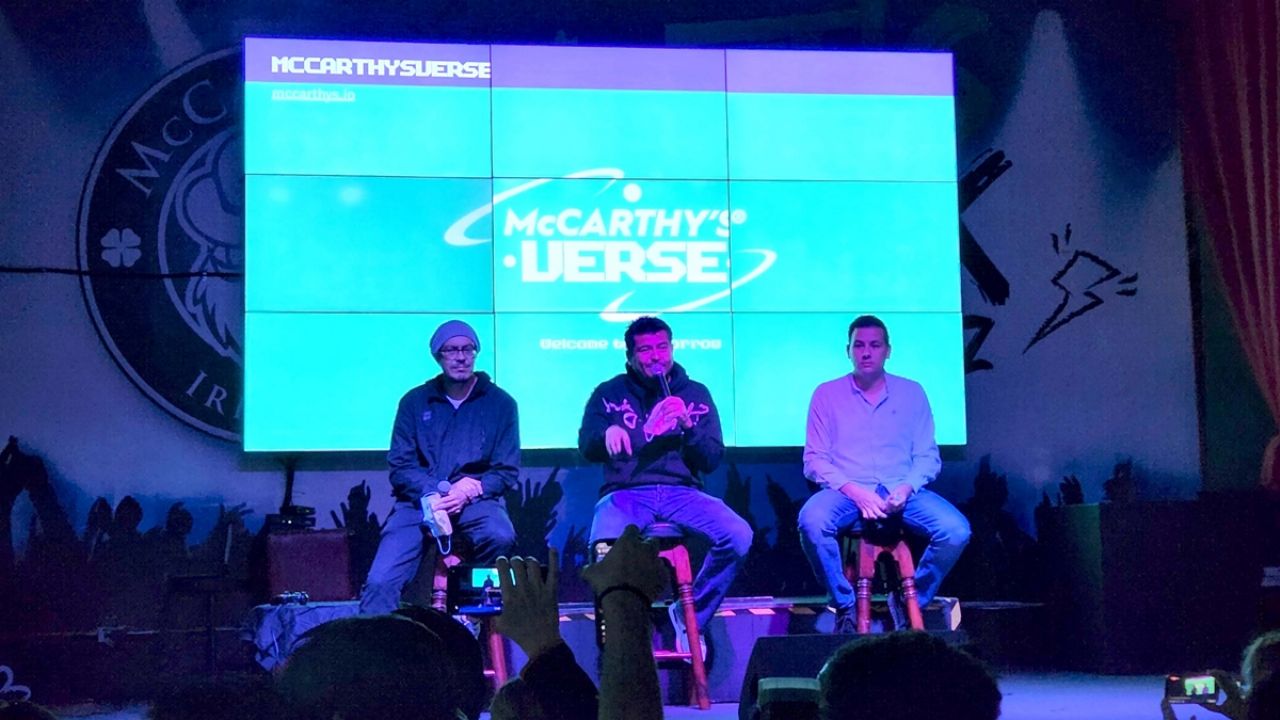 McCarthy’s Irish pub brand announced the launch of McCarthy’s Versus project, the first collection of NFTs and a rewards scheme based on blockchain technologies.

During the press conference held at McCarthy’s Irish Pub Juarez in downtown Puebla; Arturo Martínez Lastra, CEO of Free & Green, a company of which McCarthy is a part, announced the launch of the McCarthy Verse project, which, among other projects, includes McCarthy’s creation in the Metaverse and the first collection of NFTs.

among other subjects; To talk about the brand’s vision to become a national and international benchmark in adopting and applying new technologies to Arturo to provide new experiences both offline and online based on the features provided by the new decentralized platforms. Got the opportunity .0. The project seeks to be disruptive not only in terms of integrating new technologies in an innovative way; It also follows one of the brand’s noble principles; Which is a meeting and entertainment venue for all the communities where McCarthy’s Irish Pub is located.

McCarthy’s Metaverse plans to open its doors on McCarthy Day, August 13, 2022. While it is not confirmed within which metaverse it will be placed, it is most likely that it will take place in Decentraland. With this McCarthy seeks to cement its growth as a brand, once again leading the way in delivering the functions that continue to establish it as the largest chain of pubs in the world.

During the same conference, the launch of the brand’s first collection of NFTs was also announced; which is available in the market open sea from June 21, 2022; Said collection that remembers its most iconic figure, Grandfather (Grandfather) McCarthy; It is also designed to offer a range of exclusive digital benefits and also at the sales level to the holders of these NFTs; These benefits will also be announced during the celebration of McCarthy Day.

With these and soon other projects related to Web 3.0 technologies, McCarthy plans to not only attract a young market, but also the integration of blockchain technologies to provide new engaging and innovative experiences and benefits for its loyal fan base. is also to be pursued.

To learn more about McCarthy’s verse, you can reach: www.mccarthys.io

More information about the brand:

13 years after the first branch opened in the city of Puebla; McCarthy’s Irish Pub is the largest chain of pubs in the world with approximately 80 branches in Mexico, Latin America and the United States.
McCarthy’s Irish Pub is a brand belonging to the Free & Green Company, a leader in building experience in the hospitality industry with over 100 restaurants and bars internationally.