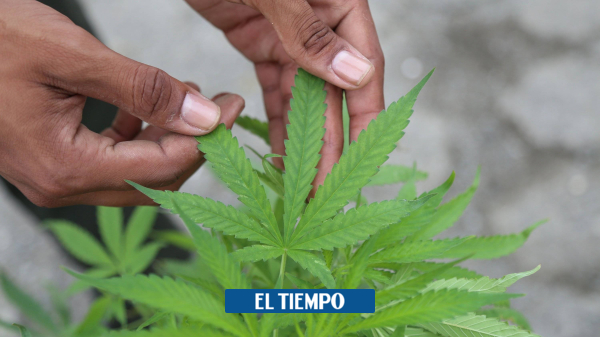 Marijuana was illegal almost everywhere around the world in the early 20th century. One hundred years later, its recreational and medicinal use has been decriminalized to varying degrees in different countries, mainly in Europe and the Americas; However, more and more nations are joining the legalization of this plant.

(You may be interested in: Medical cannabis in Spain: Parliament takes first step towards legalization,

What are the countries that currently allow the use of cannabis? We tell you.

(You may be interested in: Medicinal cannabis growth in southwestern Colombia,

Countries where recreational cannabis is legal:

Uruguay was the first country in the world to control the cannabis market.

Possession of a maximum of seven grams of cannabis and cultivation of four plants per person is permitted for those over the age of 18. More than seven, and up to 28 grams, risk the owner being fined 100 euros (about $113).

Uruguay was the first country in the world to regulate the cannabis market in 2013, with the legalization of its recreational use. The population may carry and share up to 30 grams of legal marijuana in public.

In 2021, Mexico approved the lifting of a ban on the recreational use of cannabis. The resolution establishes that marijuana may be planted, collected, transported and distributed without penalty when it is for personal use.

In 2018, the Canadian Senate approved the legalization of cannabis for recreational production and consumption.

In total, there are 16 US states that allow the recreational use of cannabis: Alaska, California, Oregon, Washington, Nevada, Colorado, Michigan, Illinois, Massachusetts, Maine and Vermont, as well as Washington, DC, New Jersey, South Dakota. , Montana, Arizona and New York.

The country legalized the recreational use of marijuana in 2018.

In 2018, the South African Constitutional Court legalized the consumption and cultivation of cannabis in private spaces.

The possession, consumption and sale of up to five grams of cannabis has been tolerated in “coffee shops” since 1976.

Jamaica authorized the sale of marijuana for medicinal and recreational use in 2015. Under Jamaica’s Dangerous Substances Act, possessing two or more ounces of cannabis is a criminal offense and its owner can be arrested and prosecuted. Instance in which it is decided whether to pay a fine or vice versa go to jail.

This country decriminalized possession of all drugs for personal use in 2001.

Jamaica authorized the sale of marijuana for medicinal and recreational use in 2015.

Countries where medical cannabis is legal:

The rules will be finalized in less than a month.

At the end of 2020, The United Nations recognized the medicinal properties of cannabis and removed the plant from the classification of most dangerous drugs.

Although its consumption for recreational purposes is still debated, its medicinal use has gained ground in the treatment of diseases such as oncology, which affects the uterus (endometriosis), the nervous system (neuropathic), multiple sclerosis, some forms of epilepsy. affect. Nausea and vomiting resulting from chemotherapy, among others.

In November 2020, Argentina approved a regulation on medicinal cannabis, which includes self-cultivation by patients and free provision by the state.

In 2015, its use for personal consumption and medicinal purposes was regulated.

Colombia
I
The Medical Marijuana Regulation was passed in 2017.

The National Assembly of Panama approved a law that regulates the medical and medicinal use of cannabis in August 2021.

They approved its use in February 2019, but self-cultivation or collective farming is not allowed, only import, distribution and marketing licenses were authorized.

This Tuesday, Spain’s parliament took the first steps to legalize medicinal use.

This Tuesday, Spain’s parliament took the first steps to legalize the medicinal use of cannabis for certain diseases such as cancer, with a prescription only and for sale only in pharmacies, expanding its use to “therapeutic indications”. Supported its possible regulation with options. ,

What is the situation in Colombia?

The granted authorization allows the company to produce and ship the psychoactive extract as part of an extract agreement announced in January this year destined for the German market.

In Colombia, the plenary session of the House of Representatives late last year drowned in a draft legislative act that sought to regulate adult consumption of cannabis.

With a presentation by Representative Juan Fernando Reyes, with 71 votes for yes and 46 votes for no, the proposal to file the project was approved.

Article 49 of the 1991 political constitution “prohibits the possession and consumption of narcotics or psychotropic substances except by medical prescription” and those who possess drugs for marketing purposes are punished by regulations. For this reason, the minimum dosage allowed.

In fact, Law 30 of 1986 gives a citizen the green light to carry certain prohibited substances without exceeding the limit.

the rule states that The amount of marijuana to be carried must not exceed twenty (20) grams (hashish marijuana).

With regard to medicinal cannabis, Resolution 227 of last February 2022 was issued, which establishes all necessary mechanisms for the industrial use of cannabis in sectors such as food, beverage and textile uses.

,US Supreme Court upholds right to bear arms in public
,Ecuador: Indigenous people and government measure forces and fuel protests in cities
,Colombia is included in the list of countries punishing the most corruption?