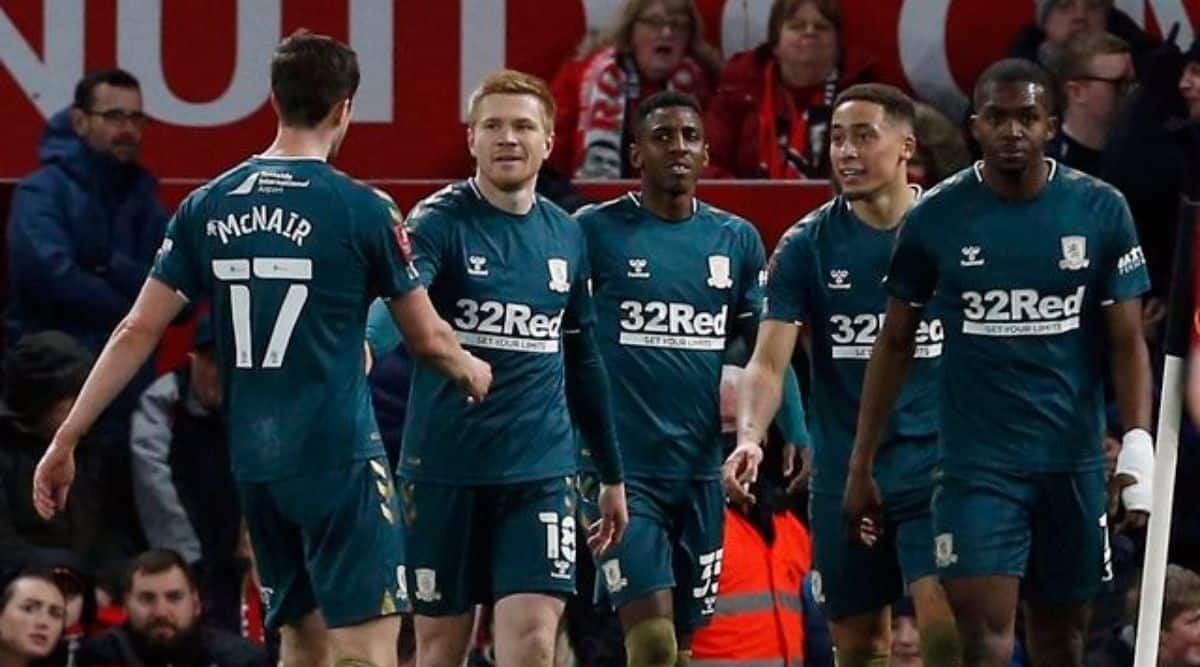 Manchester United had an embarrassing early exit from the FA Cup after losing to second-tier Middlesbrough in a penalty shootout at Old Trafford.

Round four got off to a surprising start as the English Premier League giants arguably had their last realistic trophy hope extinguished this season by Chris Wilder’s Championship side.

Every penalty found the net until Anthony Elanga missed his at the Stretford End, wrapping up an 8-7 penalty kick success for Boro and wowing their 9,500 visiting fans.

Few could have seen the game through to the end given the way United started.

Sancho hit the crossbar inside 80 seconds of a one-sided first half in which he put the hosts ahead through a slight defection from Isaiah Jones shortly after Cristiano Ronaldo’s missed penalty.

Boro looked limited, but the host’s profligacy hurt him, and Duncan Watmore crossed for former United youth player Crooks to score against the raucous traveling Teessiders.

Most inside the stadium expected the goal to be ruled out by Watmore’s handball in the build-up, but it was apparently considered accidental by both the referee and VAR.

Fernandes inexplicably managed to hit a post with the goal at his mercy and the game went to extra time and then to penalties, where Elanga shot over the crossbar after 15 goals in a row.