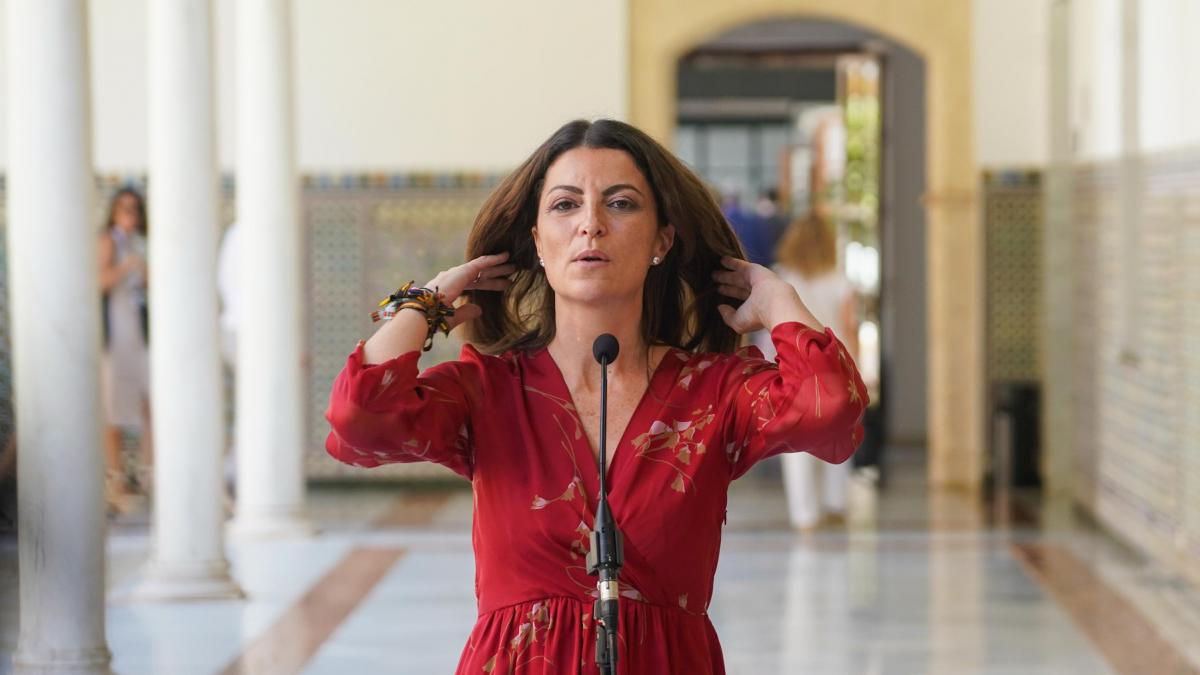 Table Of Contents hide
1. There is no room today for a new political party.”
1.1. The “path”, a key word in the clash between Olona and the Vox leadership
1.2. Olona criticized “lack of internal democracy” in the party
1.3. Like this:


The former deputy of Vox Macarena Olona has hinted that she will not create a new party in the far-right space after her previous formation rejected outright his reincorporation yesterday after abandoning politics and militancy at the end of July.

Speculation about the possibility of Olona creating a new party in the far-right space skyrocketed yesterday after it became known that the former deputy and former banker Mario Conde will share an event in Seville on Monday in which some parties and platforms made up of former Vox militants.

There is no room today for a new political party.”


On his Twitter account, Olona has warned that “there is no room today for a new political party” and that if it were created “it would only serve to further fragment the political board.” Therefore, Olona has considered that “it is time for less testosterone and more sense of State.” In Olona’s opinion, the Spaniards “demand unity” from the space he represents and he concludes the message by leaving the guide of that space in the direction of his former party: “You will mark the way.”

The “path”, a key word in the clash between Olona and the Vox leadership

The word “path” is recurrent in this confrontation between the former Vox candidate for the presidency of the Junta de Andalucía and the party’s leadership. “It’s the end of the road,” the parliamentary spokesman, Iván Espinosa de los Monteros, said yesterday to announce the final divorce with Olona, ​​who had asked last week for a meeting with the leader of the formation, Santiago Abascal, to ask him if ” walk together” in defense of a “better future” for Andalusia and the rest of Spain.

The crisis began with Olona’s poor results in the Andalusian elections, Vox’s first personalist bet, which left her without the possibility of having a relevant role in Andalusia, with which at the end of July she announced her abandonment of politics, and even of the Vox militancy, for health reasons. However, in August she reappeared doing the road to Santiagolaunching political messages and implying that he wanted to return to the political arena at the hands of Vox.

The most serious disagreements have occurred in recent days, particularly since Olona revealed last week his intention to request a meeting with Abascal, apparently to discuss his return to the party in a way that Andalusia did not feel betrayed.

But Abascal’s messages were not very receptive. In an interview on EsRadio, the leader of Vox was visibly uncomfortable when asked about a photo that Olona had published with Mario Conde. “I am not capable of explaining many things, Federico,” Abascal replied after an ostentatious silence. On Sunday, from Barcelona, Abascal seemed to question Olona’s illness by congratulating himself on his “rapid recovery”“.

Olona criticized “lack of internal democracy” in the party

But the straw that broke the camel’s back was the interview published yesterday by the ABC newspaperin which the former deputy reproached the formation for “lack of internal democracy”, of acting in an “exclusive” manner and pointed to the organization secretary, Javier Ortega Smith.

However, Espinosa de los Monteros himself has denied today on TVE that his formation is going through any crisis and has maintained that Vox is “stronger than ever” and prepared to face the next electoral cycle, after acknowledging again that the rupture with Olona it is a “very painful and sad” matter, especially for him who had a very close relationship with the secretary general of the parliamentary group in Congress.

The resounding failure of the polls underpins Bolsonaro’s conspiracy theories