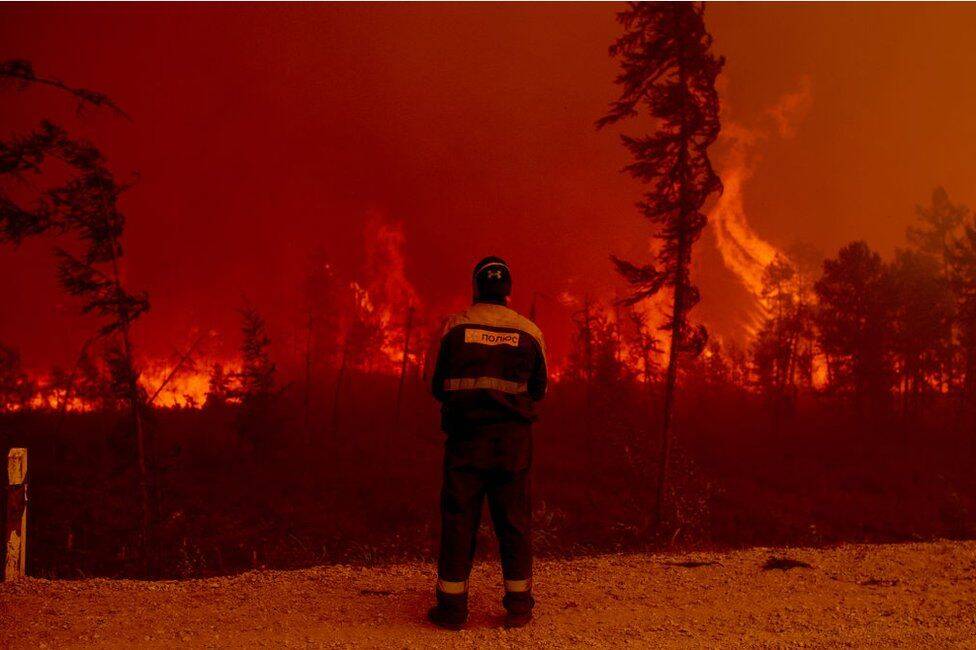 In forest fires of 2021 A new report showed that about 16 football pitches of trees were lost every minute.

information about the initiative global forest watch They suggest that, worldwide, the number of trees burned has nearly doubled in the past 20 years.

Climate change is a major factor in this increase, leading to higher temperatures and drought conditions.

Of the 9 million hectares of trees burned by fires in 2021, more than 5 million were in Russia.

The new data allows researchers to distinguish between trees lost in fires and those destroyed during agriculture, logging or intentional burning.

In 2021, the second worst year on record for fires, an area the size of Portugal was lost.

“is approximately double that of 20 years ago, It is amazing how much fire activity has increased in such a short period of time.”

The effects of fire-related damage are mainly felt in the forests of countries to the north, such as Canada and Russia.

While fires have long been a natural part of how these forests work, the scale of destruction seen in Russia in 2021 was unprecedented.

Of the 9.3 million hectares burned worldwide, Russia accounted for more than half.

“What is most worrying is that fires are becoming more frequent, more severe and have the potential to unlock a vast amount of carbon stored in the soil,” McCarthy said.

Trees and soil store carbon dioxide, one of the major gases warming our atmosphere, and experts say they are important in tackling climate change.

Climate change It is thought to be a major driver of these fires, as rising temperatures lead to drought conditions in which more trees are burned.

The northern regions of the world are warming rapidly, prolonging the fire season.

In Russia, the 31% increase in fire losses in 2021 was due to prolonged heat waves, which experts say would have been nearly impossible without human-induced warming.

“And it’s most visible in forests where you have a lot of fuel to burn.”

In other parts of the world, the effects of deforestation are causing even more fires.

In brazilian amazonWhich has recently seen the number of fallen trees hit a six-year high, the damage caused by logging and farming is having a ripple effect.

“Deforestation alters local and regional climates and removes much of the evaporation that helps keep temperatures cool and wet,” McCarthy said.

“So cutting down these forests actually makes them hotter and drier, and increases the likelihood of fires.”

While many trees that are burned will grow back within about 100 years, these losses have significant impacts on biodiversity, water quality and soil erosion.

The United Nations says the prospects for wildfires in the coming decades are bleak. Major fires are expected to increase by 50% by the end of this century.

To solve this problem, scientists say that global carbon emissions is key.

Last year at the COP26 climate change conference in Glasgow, UK, world leaders pledged to end deforestation, but the promise must be kept if any difference is to be made.

According to McCarthy, fighting wildfires still needs more attention than they used to.

“About 50% of the national fire budget is for fire response and less than 1% is actually for preparation and planning,” he says.

Remember that you can receive notifications from BBC News Mundo. Download the new version of our app and activate it so you don’t miss out on our best content.