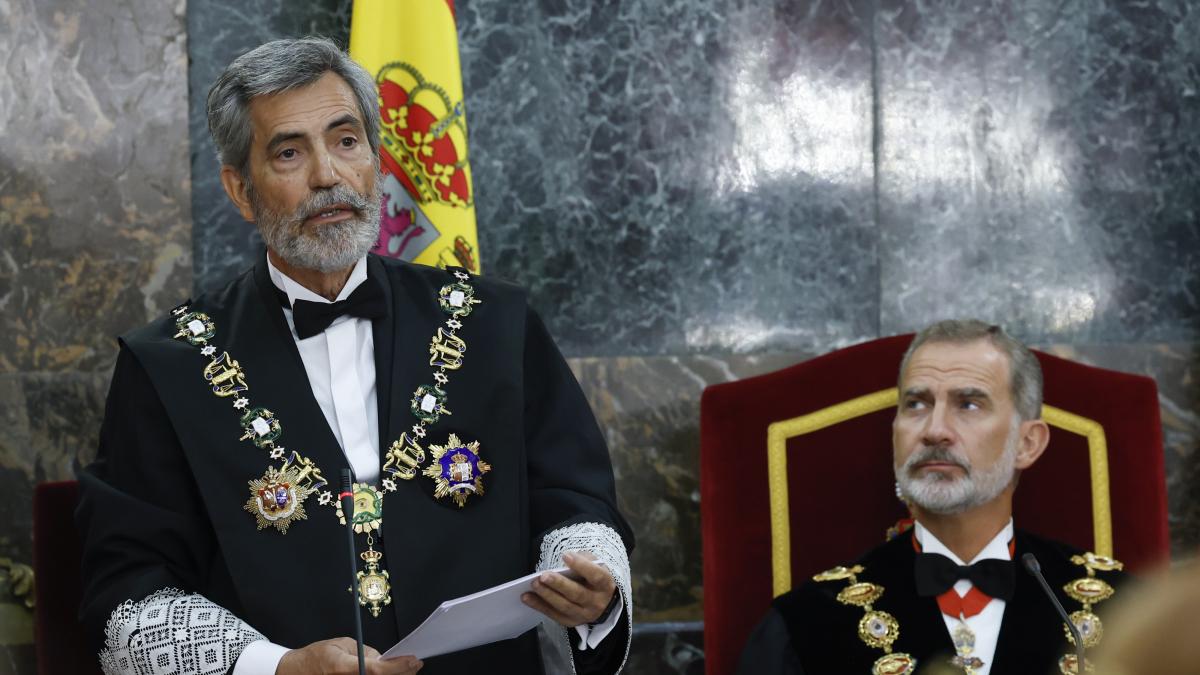 Table Of Contents hide
1. More pressure before the visit of the European Commissioner for Justice
2. Like this:

The president of the Supreme Court and the General Council of the Judiciary (CGPJ), Carlos Lesmes, has taken a new step in his possible resignation and has commissioned a technical report on who would be the person who should replace him. In this way, he puts even more pressure on the PP and PSOE to carry out the renewal of the body of judges that has been in office for almost four years.

Lesmes announced on the opening day of the judicial year that if the situation is not resolved urgently, he would put his resignation on the table, as he did not find any other solution to fix the blockade of the CGPJ.

The PP has refused to renew the body until there is a previous reform of the law so that it is the judges and not the Parliament who choose their members. The PSOE demands that the renewal be first and has already opened up to sit down to negotiate a possible reform after the fact. Given this scenario, the two parties are bitter and there is no movement.

More pressure before the visit of the European Commissioner for Justice

Within the CGPJ it is expected that with the visit next week by the Commissioner for Justice of the European Union, Didier Reynders, to demand an urgent renewal, there will be a change in the board.

Meanwhile, Lesmes is advancing in his threat and already has the report on his possible substitution in the tenure of the presidency of both institutions, which he will report next week to the members of the Government Chamber of the high court and the Plenary of the CGPJ. of a report.

The document determines that the circumstance that the Council is in office prevents the election of a new president; and that the vice presidency of the high court is vacant after the dismissal due to retirement in October 2019 of its owner, Ángel Juanes.

The technical cabinet explains that the substitution has to come as a single channel through the vice presidency of the Supreme Court. Being Juanes already retired, the substitution falls to the most senior magistrate.

“This assumes that the substitute holds office in office and, therefore, temporarily holds all its functions, including the function of substituting the Presidency of the Supreme Court and the General Council of the Judiciary,” that is, Francisco Marín, current President of the First Chamber of the High Court.