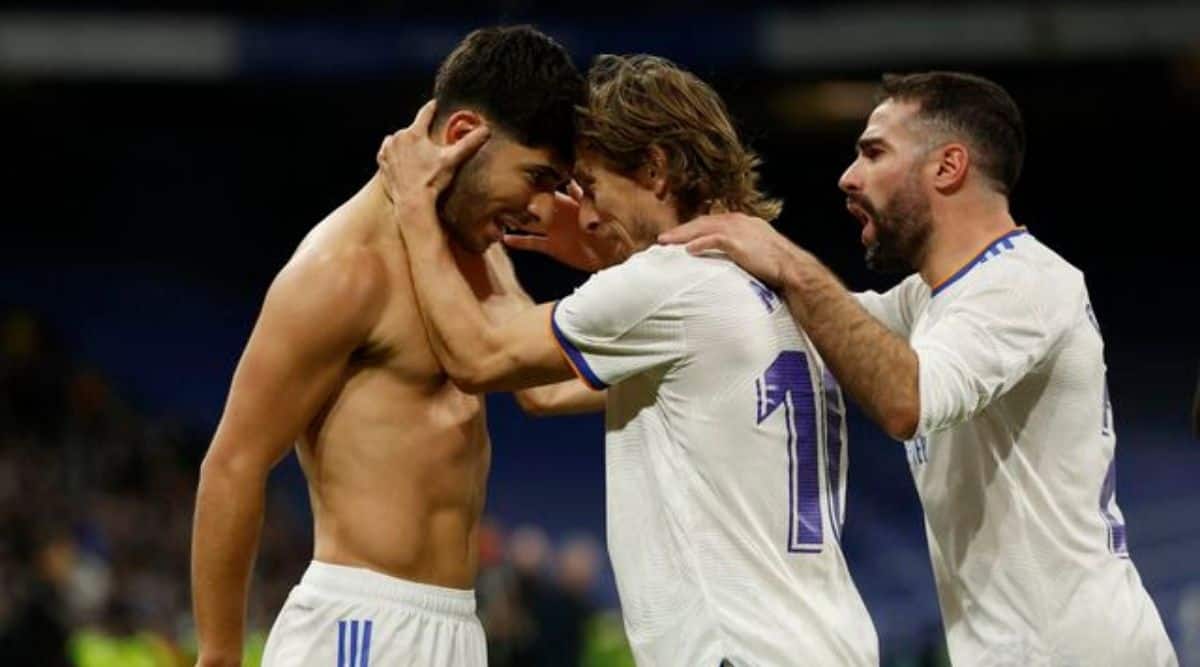 Barcelona showed why they should not yet be dismissed as a threat in Spanish football. The Catalan club beat Atletico Madrid 4-2 in the Spanish league on Sunday to end a five-match winless streak against Diego Simeone’s side.

Barcelona overtook Atletico to move into fourth place and are back in the Champions League qualifying places for the first time since the third round. Real Madrid later increased their gap at the top with Sevilla to six points by beating Granada 1-0 at home.

Barcelona played well to take a big lead before holding on while playing over 20 minutes a man down. Xavi Hernández’s side conceded an early goal but recovered to take a 4-1 lead before Atlético threatened to get back into the game in the second half.

Luis Suarez playing in front of Barcelona fans at the Camp Nou stadium for the first time since joining Atletico brought the visitors closer in the 58th, then Dani Alves was sent off with a straight red card in the 69th after a review of video saw him stepping on Yannick. Carrasco’s leg from behind.

However, Barcelona held on and earned the victory which could be a turning point in what has been a challenging season so far. It was an important win, against the defending champions, Xavi said.

It was the best Barcelona of the season during some sections of the match. If we keep working hard like this we will lose very few games.

Barcelona had not beaten Atlético since a league game in December 2019. It had been 11 consecutive games without defeating either Atlético or Real Madrid in any competition. Atlético hasn’t beaten Barcelona at the Camp Nou since 2006. Simone’s team paid the price for a lousy performance by his defense. He was coming off a league win over Valencia but had lost all three of his previous matches in all competitions.

We have to find a way to improve defensively, Simeone said. We have to keep working on that. Atlético’s defense usually ranks first in the league, but they started the weekend as 11th best in goals conceded.

Barcelona entered the game one point behind Atlético in the standings. They trail third-place Real Betis by two points and second-place Sevilla by nine points. Barcelona is 15 points behind Madrid with a match pending.

It was an important game and we are happy to have achieved victory to return to the Champions League positions, said Barcelona defender Ronald Araujo, who scored one of the local goals. Both teams got off to a quick start and created back-and-forth goalscoring opportunities, but it was Atlético first to get on the scoreboard after Suárez set up Carrasco’s shot from inside the box in the eighth minute.

Barcelona equalized two minutes later with a superb volley by Jordi Alba from one of the corners in the area after a pass from Alves. Gavi Páez put the hosts ahead with a header in the 21st after a cross from Adama Traor, and Araujo added the lead from close range after repelling Gerard Piqué’s header that hit the crossbar.

Alves scored his first goal since returning to Barcelona with a low shot from inside the box in the 49th minute before Suarez brought Atletico closer with a header some 10 minutes later. Suárez did not celebrate after the goal and apologized to the Barcelona fans by joining hands.

Traor made his debut after returning to Barcelona on loan from Wolverhampton until the end of the season. Striker Pierre-Emerick Aubameyang, signed at the end of the transfer window, replaced Traor in the 61st. Ousmane Dembele, who was included in Xavi Hernández’s squad despite his refusal to sign a new contract or secure a move to a new club in the transfer window, was left on the bench and was booed by the Barcelona fans.

Madrid had a hard time against Granada, threatened by relegation, and Marco Asensio scored the winning goal in the 74th minute. Madrid had been without a win in their last two games, being eliminated by Athletic Bilbao in the quarterfinals. final of the Copa del Rey and tied by Elche at home in the league. Carlo Ancelotti’s team were without Karim Benzema and Vinicius Junior, their two best strikers this season.

Villarreal beat third-place Real Betis 2-0 to end a four-game winning streak in a row for Manuel Pellegrini’s team in all competitions. Pau Torres and Tienne Capoue scored a goal in each half for Villarreal, who have won two in a row and moved into sixth place.

Valencia’s winless streak in the league reached five games in a row after Real Sociedad drew 0-0. The result kept Sociedad in seventh place with just one win from their last nine league games.