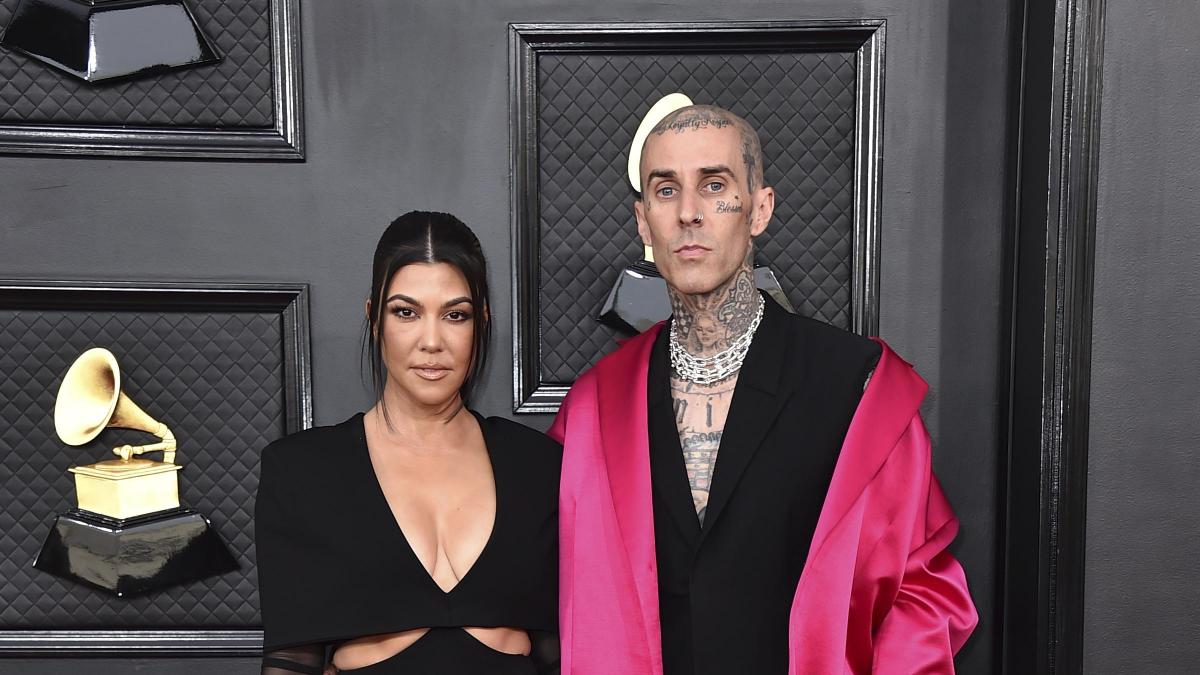 Kourtney Kardashian and Travis Barker they married. The couple was very happy last Sunday at the Grammy ceremony, held in Las Vegas. An occasion in which the couple demonstrated once again how in love they are, delighting the photographers and their followers with passionate kisses and signs of affection. However, both radiated a special happiness, and it was not for less, because they were a few hours away from getting married and nobody was aware of the great event.

The couple had already shown their desire to get married as soon as possible, always making it clear that they preferred a private ceremony and only surrounded by a few members of their family and close friends. Many were betting on a date close to next summer, but the couple could not wait and decided to get married by surprise on April 4.

The couple chose the One Love Wedding Chapel as the setting for the ceremony, where they attended with the same outfits they wore at the Grammys. There, a double of Elvis Presley did the honors of making them husband and wife, a requirement that seems to be essential for the couple, according to the owner of the place: “They call me at 00:30 and tell me that a famous wants to get married, but only if Elvis was there. They didn’t want to book if they couldn’t, so I made a few calls. They came, got married and started dancing to Elvis songs,” Marty Frierson, owner of One Love Wedding Chapel, told the magazine. People: “They seemed very much in love and had a lot of fun.”

The couple got married at two in the morning, accompanied by four other people who recorded the moment from all possible angles. Then, according to Frierson, they dropped the bouquet and hurried away. It has not been confirmed what type of ceremony the couple chose, nor if they had previously registered their marriage to make it legally official. Although Frierson assures that they did come with documentation from the court, the portal PageSix confirms that there is no record of the couple’s marriage in the corresponding administration.

Kourtney Kardashian and Travis Barker began their relationship at the end of 2020, after many years of maintaining a great friendship. Since it became official on Instagram in February 2021, the couple has been passionate and in love wherever they have gone, anytime, anywhere.

Their romantic engagement came last Octoberwhere the leader of Blink-182 proposed to his girlfriend by giving her a huge diamond ring designed by Lorraine Schwartz.

Kourtney, 42, has already stated that she wants to be a mother with her new husband in the near future and, as revealed in the trailer for the kardashians, which opens in the next few days, the couple has already visited various fertility clinics to fulfill their dream of becoming parents. the older sister of kim kardashian She had a relationship of more than a decade with the father of her three children, Scott Disick: Mason, eleven years old, Penelope, nine, and Reign, seven. Barker, for his part, is the 46-year-old father of two children, Landon, 18, and Alabama, 15, the fruit of his marriage to Shanna Moakler.