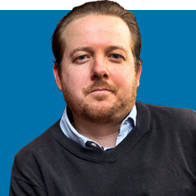 I must admit that although I have always liked Queen Elizabeth II of the United Kingdom of Great Britain and Northern Ireland and her other states and territories of the Commonwealth of Nations—pregnant with the mournful and royal grandeur of these days—before I was overwhelmed by the pomp of his eternal funeral, as if it were Big Mama’s funeral, only without the Pope.

Of course: when it comes to commemorations and great moments, Isabel knew how to throw the house out the window, with that perfect mix of grandeur and excitement, impeccable majesty and irony and confidence that only Englishmen are capable of, People who make their pedestals full of drunkards, pirates and novelists. Twenty years ago, the Queen celebrated her fiftieth year on the throne with a rock concert at Buckingham Palace. More punk is not possible.

But the long days of this sad and heartfelt procession were, if we are to be honest, a little more; In the end no one quite knew what was happening. In one of the English television channels, all dedicated to broadcasting similar scenes, it would be more than necessary, the mysterious voice of a woman sounded that no one knew where it came from and said: “Death is irreversible. And she’s stuck”, while the presenter, horrified, continued to speak.

On the other hand, I was transferred by the King Emeritus of Spain, Juan Carlos I de Bourbon. He was sitting in the Chapel of St. George, the chapel of the Order of the Garter, in which he is, when he had a fit of laughter, or so it seems in some photographs of that moment that were leaked, and they are almost irrefutable images. : The poor king is sitting there and dying of laughter, worth the contradiction, while his family watches him furious and stunned.

Already when I am about to reach that certain moment in which no one knows what to do, I usually go back, filled with nervous laughter and anguish.

I know it well, I know him well, because it happens to Juan Carlos and every time with me, but without fail, I start laughing before entering and expressing my condolences . It’s more: already when I’m about to reach that certain moment in which no one knows what to do, I usually go back, suffused with snarky laughter and anguish, always trying to avoid that shame and embarrassment. I am incomprehensible.

How does one explain to the bereaved what is happening? You can’t, there’s no case. Because, moreover, one of the ethical principles of nervous laughter, one of its ethical and epistemological foundations, is that the more we try to avoid it and hide it, to hide it, which is much worse, control. The lack becomes more severe and reprehensible, to the extent that we become an erupting volcano: everything shakes us, we cannot stop.

A grandmother of mine, years ago in Popayan, entered a room that was not a funeral home and cried with her soul, with her head and all, not the wrong dead person; She did it with so much emotion that many people there thought she was a very close relative or even a lover of the deceased, until she approached the coffin in the midst of her pain and saw first name and then face: she told them. had never seen before. In his life, he left there quietly.

This is a terrible situation and people come around it in the best way, what can you do? There are those who, instead of mourning, greet as if nothing has happened and ask the bereaved how everything is going or congratulate them or ask unnecessary and terrifying details; Once, in a mourning, I heard a phrase that is very common and at the same time does not cease to seem to me absurd, distorted and true: “God saved him from worse things”.

But the laughter in the face of death and its rituals is another level: only those of us who are in that infallible brotherhood, the true order of the Garter, what it is.
For this reason, today more than ever, I want to shout: Queen is dead, Hail King!