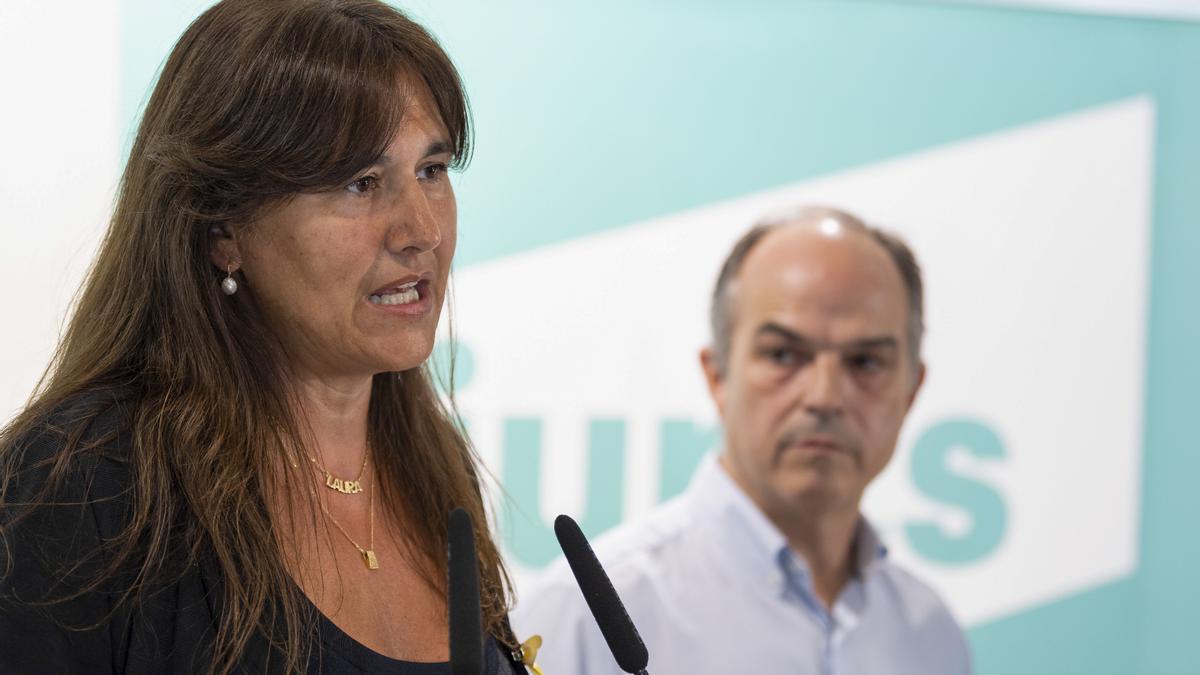 Table Of Contents hide
1. reduce the conflict
2. Like this:

The negotiations between ERC and Junts to pacify the Government they continue, now without the constraint of deadlines and without the rush of a break. The post-convergence launched an invective based on three demands – unity in Madrid, a dialogue table limited to amnesty and self-determination; and strategic coordination of the ‘procés’- alleging breaches in the government plan and setting the expiration date general policy debate which will begin on Tuesday in Parliament. A ultimatum that the party leaders themselves they have been dilutingin the face of Esquerra’s refusal to give in and in the fear that the different sensitivities with the party’s card will end up leading a dispute that will make the formation implode and, therefore, lose negotiating power against the ERC.

The secretary general Jordi Turull controls the bases, as was demonstrated in the two rounds of the training congress and as he finished off on Wednesday by sweeping those related to Laura Borras in the internal elections, but the president mobilizes the voters. “The duo can work if they are aligned, but Turull revalidates its internal support,” says a party leader, who assures that today only a minority in Junts is for break the government due to the consequent loss of power, positions and influence. However, they do require some concession to justify their permanence before the most emboldened bases and to force the Republicans to coordinate the command of the ‘procés’, knowing that the first two conditions -Madrid and the dialogue table- are a impassable red line for CKD.

In the Junts barracks they drew up four scenarios before launching the offensive: leave the Consell Executiu, remain, raising the conflict, remodel the Government or remain. They measured the times but, upon verifying that they were getting stuck at their own threat, they began to retreat. “This staging has been fatal for us. The pressure now does not have ERC, Junts has it. The debate should be whether or not ERC complied with the investiture agreement, not whether Junts continued or not in the Government”, indicates a leader postconvergent.

And it is that even the vice-president of the Government, Jordi PuigneroHe has extolled this Thursday that his party has a “government vocation”, to exhibit a willingness to agree and ward off a possible divorce. “Once the debate is over, we will decide what to do, but the consultation will be done yes or yes because that is how it was included in the conference paper, another thing is in what sense Borràs and Turull drop their vote”, they point out, setting the date for the national council on October 20.

Junts sources assure that they are negotiating 15 resolution proposals (five of them related to the ‘procés’) to reduce the conflict and reach the parliamentary debate with a prior agreement, despite the fact that they still do not know the plan to return to the polls in a referendum that the ‘president’ Pedro Aragonese He has promised to exhibit in the hemicycle.

Given this scenario, the ERC incentives to yield are further reduced. Republicans believe that the dilemma in the post-convergence world is not “if the Government or Junts breaks”, but “if they leave the Government or if they leave and also leave the party broken” for it. “You can risk one thing, splitting the Executiu in two, but not breaking both things,” they stress.

They refer to the duality between Junts-Govern and Junts-partybecause stability and management prevail in the Consell Executiu, especially for weighty ‘consellers’ such as James Giro either Victoria Alsinasupporters of continuing with governability. “Even though it weighs him down, Borràs doesn’t have the strength to carry out his threat. Turull is in charge, that’s why he backs down,” says a Republican.

Within Junts the isolation of Borràs is also growing and those who ask Turull to prevail, endorsed by the internal polls, to the ‘laurist’ theses, without fear, raise their voices.