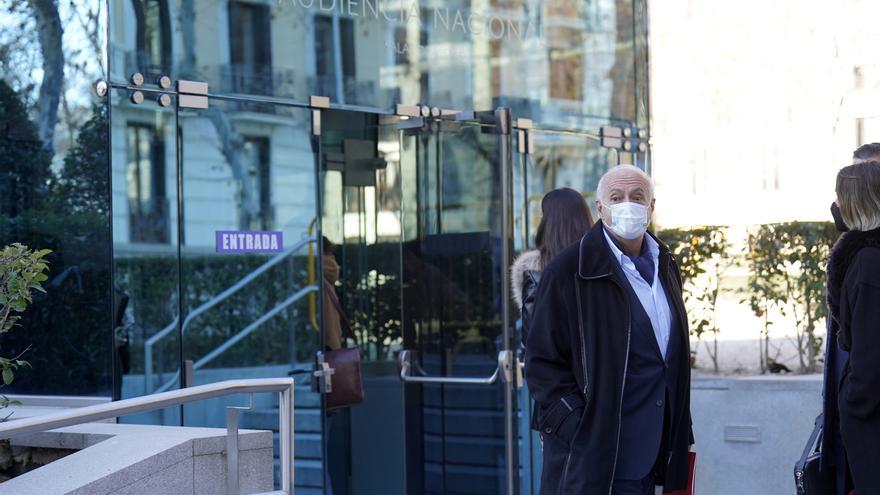 Table Of Contents hide
1. “Self Destruction”
2. Fraud, money laundering or illicit association
3. Like this:


the television producer Joseph Louis Morenothe main investigated in the ‘Operation Titella‘, he asked the National High Court (AN) the file of the case assuring that “the situation is already intolerable and unsustainable” and criticizing that the investigating judge maintains an “extremely burdensome” and “totally unbearable” accusation.

In a letter addressed to the Criminal Chamber, the representation of the ventriloquist makes it clear that he cannot “wait for the judicial deadlines while destroying the life of an innocent”. “Because the judicial deadlines are not the same for the Administration of Justice and the Public Prosecutor’s Office, as for those under investigation who, with each passing day, see how little by little their lives are ruined,” they lament.

Moreno’s defense presented this brief on Thursday after the head of the Central Court of Instruction Number 2, Ishmael Moreno, reject the dismissal of the case in the first instance, considering that it is not the appropriate procedural moment, alleging that there are still pending proceedings.

However, the producer considers that the AN can already, with the “existing factual material”, carry out a “assessment about the absence of criminal indications”especially “when the lack of objective support to be able to formulate accusation has been evidenced”.

“This party has always maintained the falsity of the facts attributed to us. And so we have proven it. It has had to be this party, the investigated person himself, who has promoted the investigation over the last year and a half, in order to prove our innocence (despite being Moreno at all times covered by the mantle of his constitutional presumption)”, he asserts in his letter.

In his appeal to the Chamber, Moreno’s defense insists that “The passage of time is not innocuous.” “It must be reiterated that every day that passes is abounding in his personal, social, professional and patrimonial destruction. What that illustrious Chamber cannot allow,” affirms his lawyer.

And it is that, they concede, although “it is possible that the initial police proceedings could justify at the time the call to Moreno’s procedure”, the current situation does not justify that he continue to be charged. “The falsity of the facts attributed to us has already been proven.n, the injustice of the accusation of Mr. Rodríguez Moreno, and the origin of the dismissal and file of the case with respect to it, “they add.

Thus, and making it clear that “The truth and truth is that Moreno has never cheated” to his Argentine partner Alejandro Roemmers “or absolutely no one”, his defense criticizes that the producer has to continue “bearing the penalty of bench and news and the very serious consequences that derive from it”.

José Luis Moreno, accused of fraud, money laundering, illicit association, forgery of documents, punishable insolvency and crimes against the Public TreasuryHe is on conditional release, with the obligation to appear weekly in court, passport withdrawal and prohibition to leave the country.

The investigators divide the alleged plot into two organizations: one led by Moreno, Antonio Aguilera and Antonio Salazar, dedicated since 2017 to “Fraud and fraud against banking entities and private investors“, “to the falsification of bank documents such as checks and promissory notes” and “money laundering”; and another, headed by Carlos Brambilla, an alleged drug trafficker who would have used said structure to launder money.

According to the judicial report, Moreno and Aguilera would be the “most responsible” and Salazar, the third in action. Each one would have a function. The producer, “as a well-known public figure, would lend his name as a business card” in order to easily get the financing they would pretend to need to launch a film project. So, “was the main recipient of the funds obtained.”

That money would then pass into the hands of Aguilera and Salazar. Both of them would haveExtensive knowledge of banking and commercial operations“, so they would take care of creating the societies, “make them up“, put administrators and present them to the banking entities as the recipients of the necessary financing for said projects. In reality, they would lack any activity.

Through this network ofscreen companies” managed by presumed figureheads both organizations would move “large amounts of cash” to those who tried to give an exit with income that they passed off as profits from their commercial work or with cash injections for which they would have the complicity of bank employees who would take their commission in exchange for introducing this money into the legal circuit.