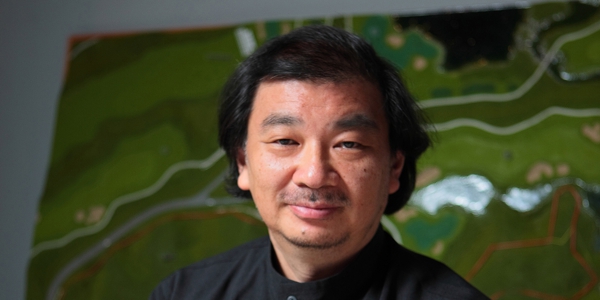 eight years after receiving
Architectural PritzkerJapanese architect, considered the highest world award in the discipline Shigeru Ban (Tokyo, 1957) has gained a new identity of great relevance, Princess of Asturias Award for ConcordeFor his great humanitarian commitment in this matter.

The trajectory of this architect, trained at the Cooper Union in the United States, is distinguished by a fundamental interest in research with techniques and materials inspired by the inspiration to “use things that exist in different ways”, according to ABC architecture critic Freddy Massad. . » and propose structural innovations – which also carry the weight of Japanese architectural tradition -.

not interested in fashionBan believes that this discovery of new ways of building things allows the work to be freed from the influence of these temporal flows, even from labels. “Sustainable” and “Ecological” Which is usually attributed to its architecture.

«This way of working came naturally to me only at the beginning, 30 years ago. I’ve always been interested Low-cost, local, reusable materials, This has given them a knowledge that has enabled them to build museums, company headquarters, private homes, libraries, commercial complexes, churches, pavilions and have a relentless philanthropic commitment, providing efficient and emergency solutions in situations where they are needed. It created a model of temporary housing for Rwandan refugees since the humanitarian catastrophe in 1994.

In 1995 he was appointed Adviser to the United Nations High Commissioner for Refugees, a position he held until 1999, and created the Voluntary Architects Network – an exemplary figure within the current architectural scene. their house made of cardboard tubes Partition systems designed for people affected by earthquakes in Kobe, Kainasali and Bhuj or to create spatial partitions that preserve a psychologically beneficial level of privacy, such as those used in Niigata and Fukushima, one such architect Let’s talk about who understands not only to provide ceilings and walls through really highly economical and fast construction solutions, but above all, to provide comfort to people who have fallen into trauma and suffering. Went.

There are also notable projects in his career such as Library of a Poet (1991), Paper Church in Kobe (1995); Paper House, (1995), Nine Grid Square House (1997), Paper Dome (1998) and Naked House (2000), where the conventions of space division and domestic routine were questioned; Paper Theater in Amsterdam (2003); New York’s Nomad Museum (2005), his own Parisian studio built in 2006, is located on the roof of the Pompidou Center, from where he worked on the design of the museum in Metz, which was made from cardboard tubes.

The Japanese Pavilion deserves a special mention for the Universal Exhibition in Hannover (2000), in which Bann had the opportunity to work with one of his reference figures, Frei Otto, who described him as “a true construction artist, an architect who understands what he thinks of the world”. is” appreciating him. that the simple solutions are often the most complex to develop and which is constantly open to new ideas without losing its goals». Among his most recent works, Temporary Housing in Containers in Onagawa (Japan, 2011), the Auditorium at L’Aquila (Italy, 2011) and Cardboard Cathedral (New Zealand, 2013) stand out. in spain created Pavilion in the Garden of IE University (Instituto Empresa de Madrid) With the structure of paper tubes that characterizes many of his works.