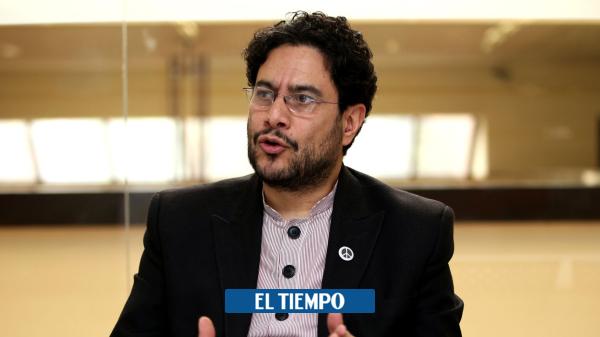 The senator, Iván Cepeda, who currently appears as the president of the Senate Peace Commission and has also been delegated to participate in the exploratory approaches with the ELN, gave new details about the bill that seeks the acceptance of the justice of high-impact criminal structures.

“This is an extensive project that has more than 80 articles and that establishes the meaning and procedure of this possible destructuring of these large organizations,” Cepeda announced.

The senator and member of the caucus of the Historical Pact assured that with this process the punitive regime that exists in Colombian justice for the treatment of organized criminal structures would be substantially modified.

“(…) The criminal law in progress today in Colombia is made more flexible, some of the aspects of that acceptance of justice, clearly grant prerogatives to guarantee the rights of victims in matters of truth and reparation together with justice “, he added.

Cepeda confirmed that through this legislative tool “expedited channels” will be given so that the criminal structures and gangs that operate in various regions of the country can be dismantled. The new revelations made by the ‘Pact’ parliamentarian come at a time of controversy, after President Gustavo Petro assured that a multilateral ceasefire will be proposed in the coming days.

While the President maintained that this action would not imply that the Armed Forces suspend their activities in the territory, on the contrary, he said that “by stopping shooting at each other, the Armed Forces will be able to reach areas of the country where they cannot reach by attacks by armed groups.