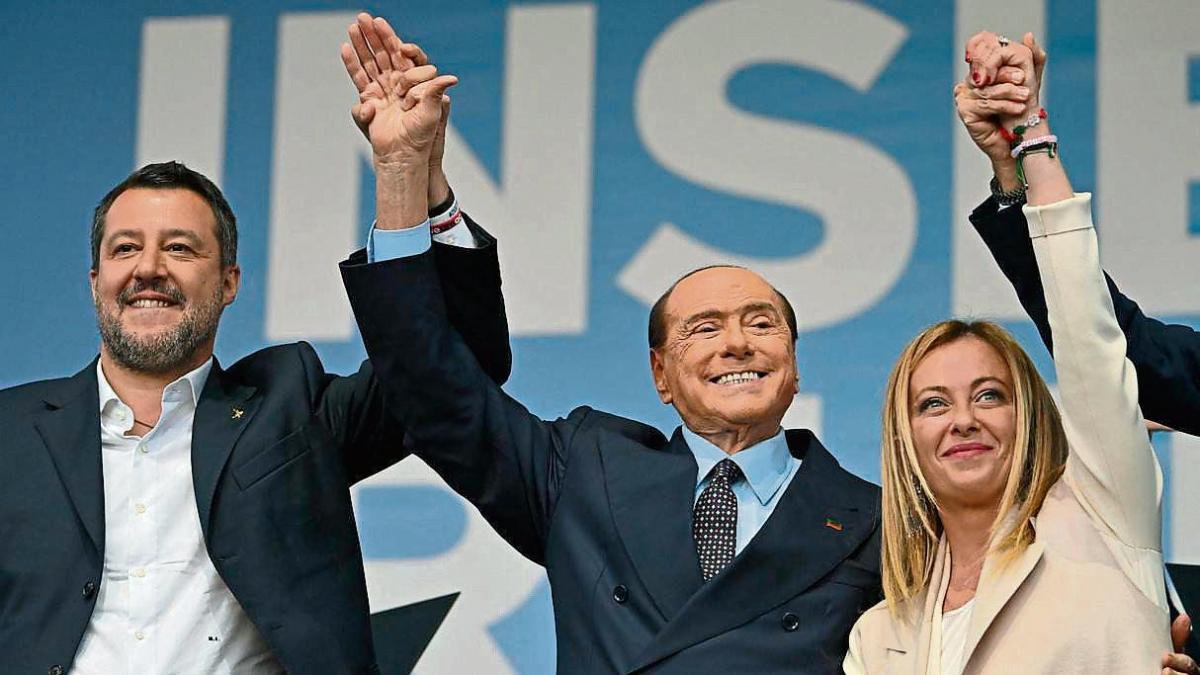 Table Of Contents hide
1. Last-minute nerves in the alliance that keep them from ruling before M5E’s possible return
2. Like this:


A bus with Georgia Meloni’s face playing the Italian anthem at full volume. A woman disguised as Giorgia Meloni is trying to be interviewed by historians. Flags of the brothers of Italy, everywhere. “Ultimately a woman with the balls who will rule Italy,” says Luciano, a 21-year-old who says he has admired her since she was a child. “With him we will send the Left and the 5 Star Movement (M5E) home. This is historic”, says Alberto, raising a huge flag. The boys of the youth practice their homogeneous slogans. Azurra, 19, will vote for the first time: “I don’t care if she’s a woman or a man, Georgia is unique.”

45-year-old Roman Meloni played at home yesterday. He was the absolute star of the great rally in which the right-wing coalition made up of the Italian brothers, the League and Forza Italia, staged their unity after an election campaign marked by extreme right-wing competition. It was the first rally in Rome’s Piazza del Popolo three days before the elections, the only rally in which their leaders appeared together. All elections predict that he will win. Silvio Berlusconi, also about to turn 86, left his office for the first time at a campaign event and once again shook the ghost of communism in front of a devoted public, which, however, did not completely fill the square.

“The whole campaign has said we are scary. Do I scare you?” Meloni asked before open followers. “I have nothing against the French, the Germans, the Dutch or the Spanish who defend their interests. I am against the Italians who have explained to us that we should do what the French, Germans, Dutch or Spanish said,” he cried, challenging the divided Left to declare before Sunday, with whom they plan to agree. If the results allow them, reach to form the government.

If there are last-minute veins on the right, they weren’t seen yesterday. A scenario is emerging this week, thought to be remote, whereby M5E growth in southern Italy could hinder Meloni’s rise to power, putting several constituencies at stake. Just in case, Meloni will kick off the campaign this Friday in a neighborhood of Naples where citizens are more beneficiaries of income, the subsidies defended by M5E for the unemployed that have already become the Left’s big hope to make it difficult. Has been. The victory of that right which is considered assured. “You should vote for me because you’re convinced, not because you’re obliged,” said the far-right, defending the instrument’s reform.

The most desperate seemed to be Salvini, with little support in Rome, who had promised he was ready to go to trial again – he is being tried for litigation. open arms – for his anti-immigration crusade. If she falls far behind Meloni in the final result, the knives are already sharp enough to limit her lead in the match. Yesterday Piazza del Popolo shouted only one: “Georgia, Georgia!”.