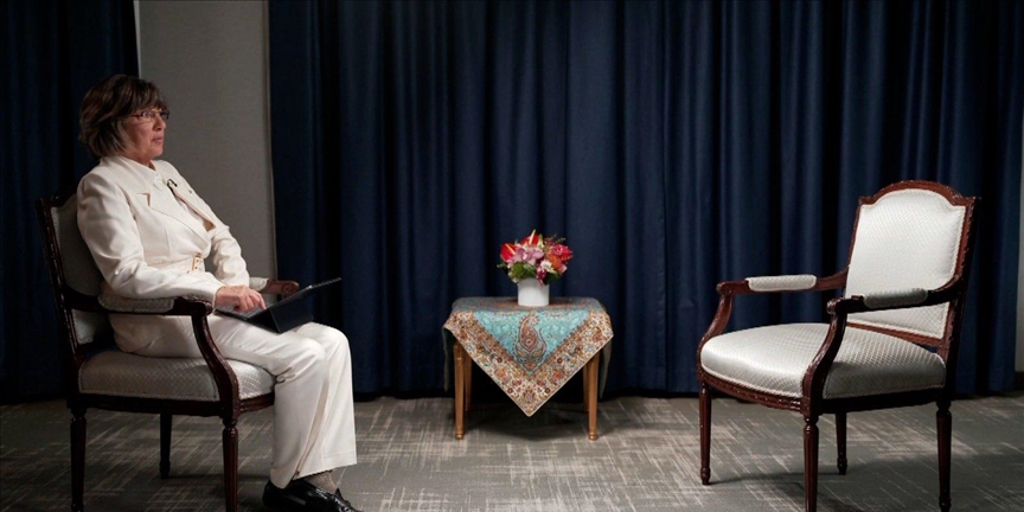 Iranian President Ebrahim Raisi canceled an interview Thursday with CNN journalist Christiane Amanpour after she refused to wear a veil, the reporter reported on Twitter.

“Protests are sweeping Iran and women are burning their hijabs after the death last week of Mahsa Amini, following her arrest by the ‘morality police’. Human rights groups say at least 8 have been killed. Last night, I planned to ask President Raisi about all of this and much more,” Amanpour wrote on Twitter.

And so we walked away. The interview did not happen. As protests continue in Iran and people are being killed, it would have been an important time to speak with President Raisi. 7/7 pic.twitter.com/kMFyQY99Zh

“This was to be President (Ebrahim) Raisi’s first interview on American soil, during his visit to New York for the United Nations General Assembly. After weeks of planning and eight hours of installing translation equipment, lights, and cameras, we were ready. But no trace of President Raisi », he added, referring to the UN General Assembly.

A presidential aide approached Amanpour 40 minutes after the interview was scheduled to begin and asked her to wear a headscarf. “because they are the holy months of Muharram and Safar”.

Amanpour said he turned down the request. “We are in New York, where there is no law or tradition regarding handkerchiefs in the head. I pointed out that no previous Iranian president has required this when I interviewed them outside of Iran,” he said.

For example, Amanpour conducted several interviews with former Iranian President Hassan Rouhani in the US and did not wear a headscarf on those occasions.

Amanpour claimed that the assistant “made it clear that the interview would not take place if he did not wear a headscarf. he said it was ‘a matter of respect’ and referred to ‘the situation in Iran’, alluding to the protests sweeping the country».

The internationally recognized journalist and her team left, saying they could not agree with “this unexpected and unprecedented condition”.

“The interview did not take place. As protests continue in Iran and people are being killed, it would have been an important time to speak with President Raisi,” Amanpour continued.

Iran’s state news agency did not elaborate on the reason for the sudden cancellation, but blamed Amanpour “for rejecting the protocol.” The protocol, they indicated, “is determined by the guest.”

Protests in Iran over fines for women without veils

Raisi was elected last year and signed an order in August to enforce a new list of restrictions. These include the introduction of surveillance cameras to monitor and fine unveiled women or refer them to “counselling,” and a mandatory prison sentence for any Iranian who questions or posts content against hijab (headscarf) rules on the Internet. Internet.

The restrictions led to a surge in arrests, but also prompted more women to post unveiled photos and videos of themselves on social media, something that only intensified in the days after Mahsa Amini’s death.

The death of young Mahsa Amini

The 22-year-old slipped into a coma last week, hours after morality police arrested her, allegedly for wearing the headscarf inappropriately. Authorities have tried to blame her death on a heart attack, but her family and many in Iran have rejected that claim, saying she was victim of police brutality.

Amini’s father, Amjad Amini, told BBC Persian on Wednesday that authorities refused to allow him to see his daughter’s body after her death. “They are lying. They are telling lies. It’s all a lie… as much as I begged, they didn’t let me see my daughter,” he said. “I have no idea what they did to him.”

Amini stated that her daughter’s body was completely wrapped for burial except for her feet and face when she was finally allowed to see her. Bruises were visible on her feet, she assured her.