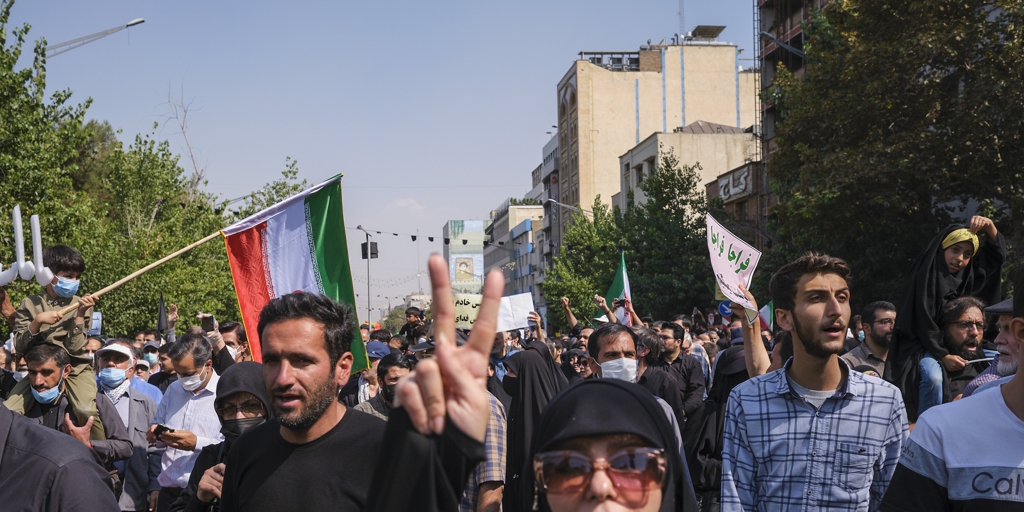 The Iranian regime takes a step forward to quell the protests in which thousands of people They call for the end of compulsory wearing of the hijab and show their anger at the death of a young Kurdish woman at the hands of the morality police. The authorities mobilized their followers to march through the main cities of the country after Friday prayers in support of the use of the veil for women and against the protests “encouraged by foreigners”. They were marches that were covered in detail by the official media to send the images to the whole world. Quite the opposite of what happens with the opposition protests every day, of which only mobile phone videos uploaded to social networks come out.

An Iranian grandmother takes off her hijab in public to accompany her granddaughters who are leading the demonstrations, while singing against the dictator. Exciting. pic.twitter.com/JIciWAfq0d

Ibrahim Raisi It has taken a week to respond to the most serious mobilizations that Iran has suffered in the last three years and that have left dozens of dead and hundreds of wounded and detained. The president sent a direct message to the protesters to tell them that “chaos is unacceptable” in the Islamic republic. The president lamented the “double standards” applied to his country since “every day, in different countries, including the United States, we see how men and women die in police stations, but there are hardly any reactions in the media with this type of violence”.

These words were accompanied by a statement from the army that is “willing to confront the enemies” and that dismisses the riots as “desperate actions of the enemy’s diabolical strategy to weaken the Islamic regime”, which means that they blame the escalation of tension between Israel and the United States. One of the usual strategies of the ayatollahs’ regime is to blame foreign interference, which exists and is intense, for all ills, avoiding any exercise of self-criticism.

For a week now, the protests have spread from Iran’s Kurdistan to fifty cities in the country. mahsa amimi He was 22 years old and Kurdish, he traveled to Tehran to visit relatives and lost his life at the hands of the morality police, who arrested him for not wearing the veil correctly. The police assure that she suffered a heart attack, but the family denounces that her body showed signs of ill-treatment.

Three years ago, Iranians took to the streets en masse to protest rising prices, and the regime responded harshly. Now they do it to request the end of one of the regulations in force since the creation of the Islamic republic, such as the use of the hijab, and they meet again with the same reaction. In 2019, anger was quelled by security forces and fatigue and fear overcame some protesters without a leadership capable of confronting the system of the ayatollahs.