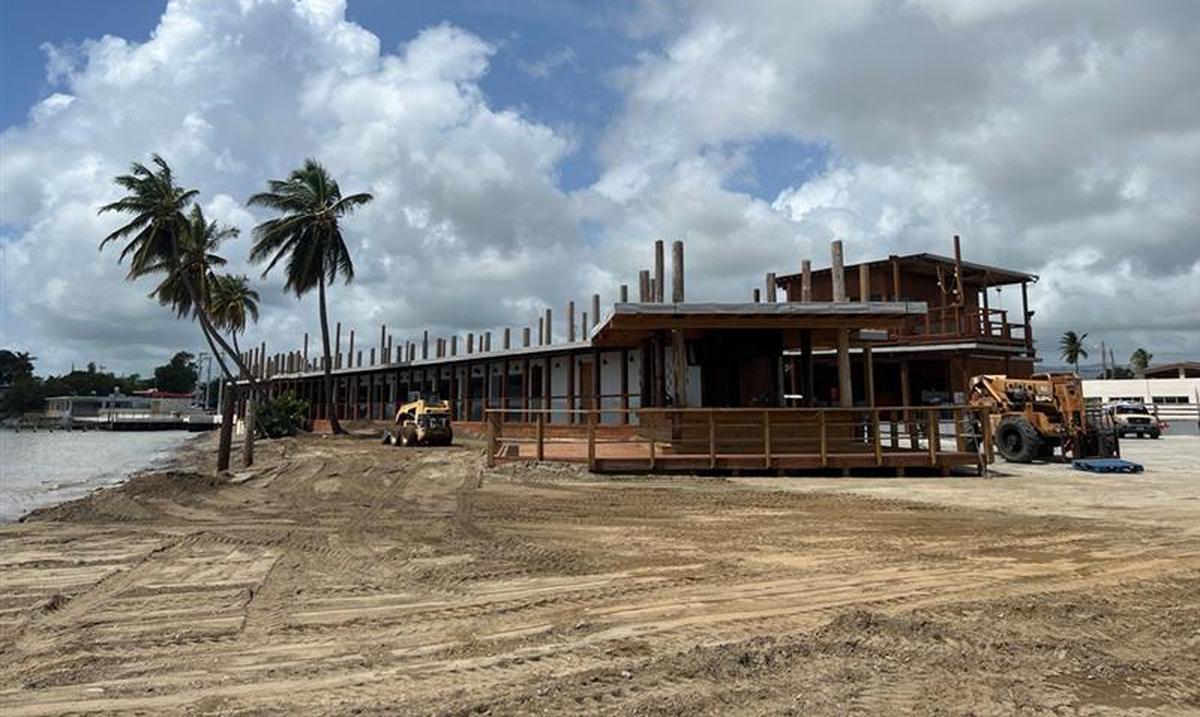 along the coastal area of salinasThe city is home to countless restaurants that are a source of employment for hundreds of people, including some who lost everything after Hurricane Fiona passed.

Therefore, The city council called on lovers of good food to patronize their favorite places, as “those who have lost their homes cannot lose their jobs”.

“If they really want to sponsor our city, the best way they can is to do tours in Salinas,” said Luis Martínez, director of the Salinas Municipal Tourism Office, during a tour. new day To the so-called Gastronomic Route of Mojo Island.

Despite the apparent devastation left by the cyclone in the Playa and Playita communities, the medium confirmed that restaurant owners are preparing to reopen their businesses. Some removed debris, while others cleaned the interiors of structures, Wreaked havoc after the storm surge and the Nigua River inundated.

Juan Gonzalez, the owner of the popular restaurant Ladies Place, believes that supporting establishments in the area is vital to his city’s economic recovery. However, he stressed that the biggest need of the surrounding communities is a good place to live.

“In Salinas, the water was the worst, the sea was very rough, one or the other boat was damaged, but those are the things that have been replaced. The problem is in the houses, we have to walk so that refrigerators, sofas, Be visible mattresses, towels, because that’s what is needed.said the businessman. “A lot of the people who work here (at Ladies Place) live here.”

Gonzalez specified that, although the sea pulled algae, sand and debris into his business, he has been providing services to his clients like other businesses in the area since Wednesday.

Similar is the case with Full Moon Hotel & Restaurant, which reopened its doors on Thursday despite the damage caused by the storm.

According to restaurant manager Stephanie Rivera Marrero, the storm affected several rooms in the inn and destroyed some of the restaurant’s equipment, which employs more than 30 people, mostly from neighboring communities.

The young woman’s exhortation is clear: that Puerto Ricans who want to rebuild this weekend support their city’s businesses.

“That they support us because we know the southern region was the most affected, but there are others that were not as affected as the north and they can support us. We are fully available to assist you and give you the best service”, he expressed.

Full Moon Hotel & Restaurant left their live concerts unchanged for the weekend in support of Southern artists who depend on their performances for a living.

“Musicians need to do the same thing as us and we’re not canceling them, so that those affected can come and clear their minds”he pointed.

Also among the restaurant opening its doors is Marina de Salinas, which has been serving hot lunches to residents of Playa and Playita neighborhoods since Tuesday.

“90% of the staff here (the marina) are from Playa and Playita, so they were affected. There are also some who have lost everything and remain in the Navy in what they resolve. They eat and live here”The establishment’s owner, Julian Hernandez, said.

Outside the coastal region but very close to the most affected communities, Mojito Grill and Sports has also been providing services since yesterday, even though damage to the establishment exceeded $100,000, according to its owner Javier Rivera Marrero.

Like Marina, the business is also providing free food to the victims, for which he assured that “Protection is not towards us (merchants) but towards the community”.

Grocers say they are threatened by tax reform