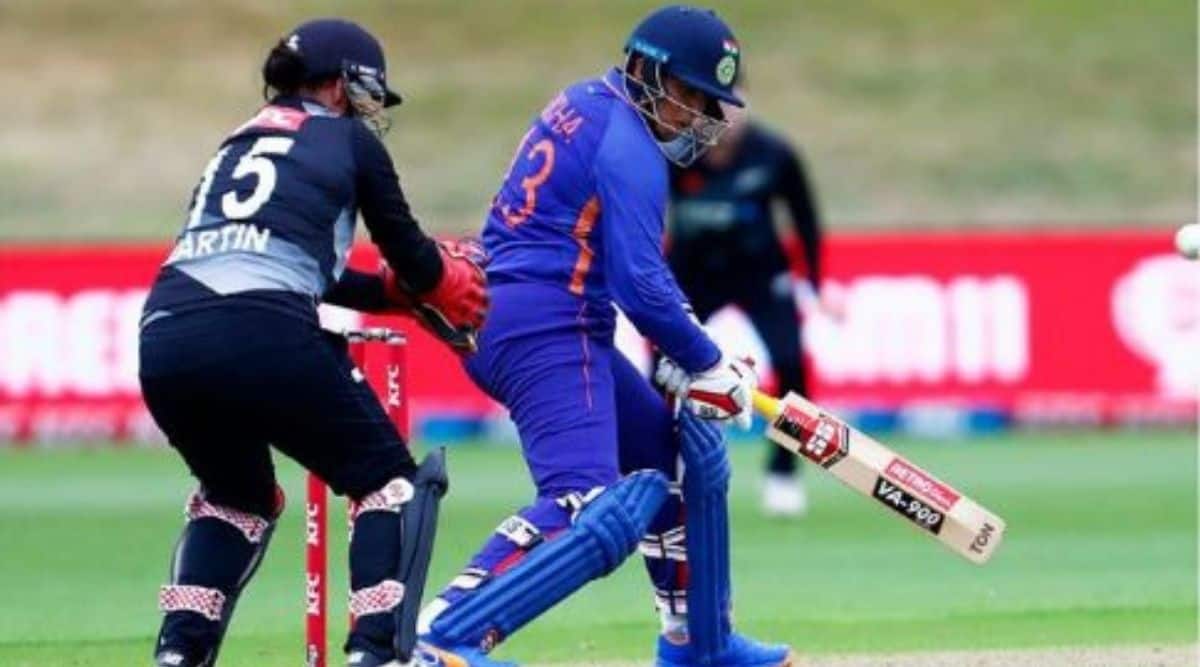 Batting disappointed India as they suffered an 18-run loss to hosts New Zealand in the one-off Women’s T20 International here on Wednesday.

Senior starter and vice-captain Smriti Mandhana did not play and her absence was felt badly as India fell 18 runs short while chasing 156 to win.

Rookie Yastika Bhatia, who opened in place of Mandhana along with youngster Shafali Verma, did reasonably well with a run-a-ball 26 (2×4; 1×6) but India never looked like they could chase the target against a impressive New Zealand bowling attack.

The opening tier was worth 41 runs in 6.3 overs and that was the highest association for India.

Shafali was not at his best as he contributed just 13 runs from 14 balls with the help of two limits. Captain Harmanpreet Kaur, who shot 12-for-13, also looked faded.

The responsibility was then in the lower order to give a push towards the objective. The inexperienced Sabbhineni Meghana, who was top-scoring for India, did well with a 37-for-37, which she had six fours, scoring 34 runs with Richa Gosh (12) for the fourth wicket.

That position was the last glimmer of hope for India and once Meghana was out there was a batting collapse and the away team could only go 137 for 8 in the allotted 20 overs.

When Meghana was out, India needed 55 runs from 5.1 overs, which proved difficult for the lower order.
Jess Kerr, Amelia Kerr and Hayley Jensen each took two wickets for New Zealand, while Lea Tahuhu and Sophie Devine each took one.

Earlier, experienced all-rounder Deepti Sharma and Pooja Vastrakar ripped off two wickets apiece to help India restrict New Zealand to 155-for-5 after Harmanpreet opted to field after winning the toss.

For New Zealand, captain Sophie Devine (31 of 23 balls) and her fly-half partner Suzie Bates (36 of 34) scored the most runs. The duo gave the home team a great start, stitching together 60 runs for the opening wicket.

India handed debuts to Simran and Meghana, while Mandhana did not start.

Simran Bahadur dropped Devine from his own bowling alley on his first ball of his international career in the second over of New Zealand’s innings and that proved costly for the away team. Devine was at 1 at the time.

The New Zealand captain celebrated the reprieve by hitting Simran for two sixes in the fifth over as the home team took 20 runs from that over.

The Indian bowlers took wickets at the regular intervals but were unable to prevent the hosts from crossing the 150-run mark.

The two sides will begin their five-match ODI contest here on Saturday.