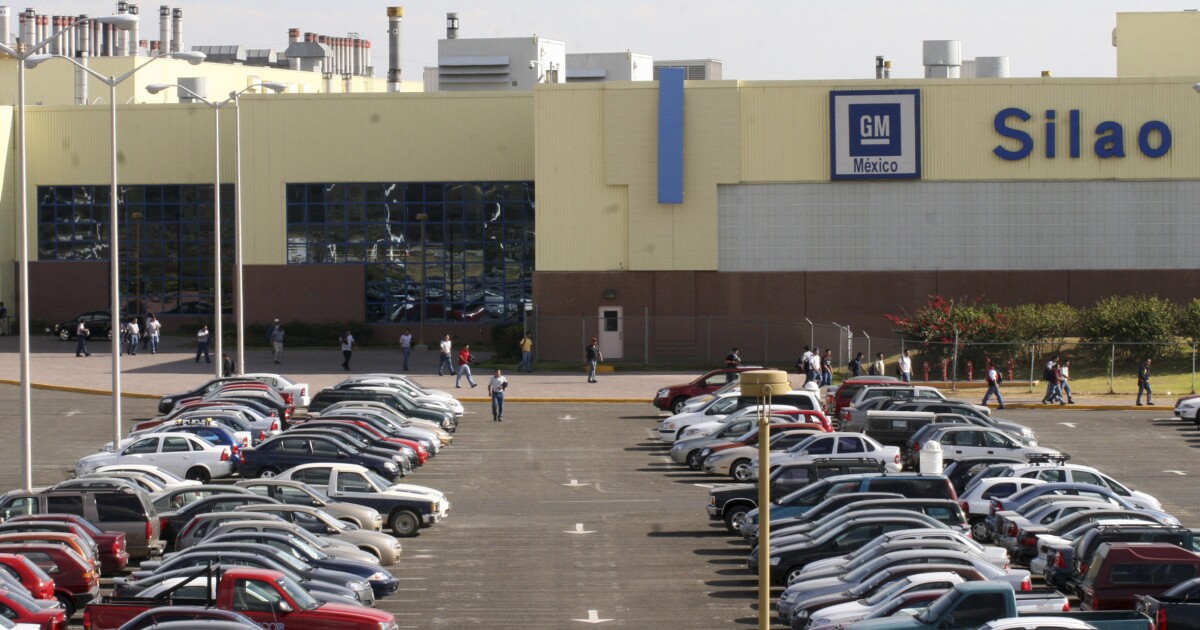 When Maria Alejandra Morales Reynoso got a job 11 years ago at General Motors’ largest plant in Mexico, her starting salary of less than $10 a day was barely enough to live on.

Even as her pay rose — she now makes $23 a day inspecting GMC Sierras and Chevrolet Silverados — she didn’t believe the company was doing enough to raise the living standards of its workers, many of whom had to take on extra jobs to feed their families.

Worse, the union representing the workers often seemed more interested in pleasing GM. Many wondered how their dues were being spent but said they never got a clear explanation.

“We had been discontented but we hadn’t complained because we feared we would lose our jobs,” she said.

Eventually a group of workers at the plant, located in the city of Silao in central Mexico, decided to fight back by forming the National Independent Autoworkers Union, with 32-year-old Morales serving as its secretary general.

In an election this week, more than 5,000 workers voted to let the new union represent them, replacing the country’s largest labor federation, which had represented workers at the plant since its opening in 1995.

The vote is being hailed as a major triumph for workers in a country where union leaders and employers have long collaborated to keep wages low. Most union contracts have been reached through deals with employers without workers’ approval, and many union leaders have gotten rich on union dues.

“It’s an amazing victory for a young union that started from within the workplace, something unheard of in Mexico,” said Mohamad Alsadi, who oversees projects to teach Mexican workers about their rights on behalf of Unifor, Canada’s largest private sector union, and traveled to the factory for the vote. “I think workers will start to realize that they have options.”

The organizers owe at least some of their success to a trade pact that replaced the North American Free Trade Agreement in 2020.

In an effort to reduce incentives for US companies to move manufacturing jobs to Mexico, the Trump administration pushed Mexico to strengthen collective bargaining rights and increase wages. Among the reforms Mexico passed is a requirement that all existing labor contracts be ratified by workers under a free and secret vote by May 2023.

The workers’ rebellion at the GM plant gained international attention when Mexico’s labor ministry annulled a vote last April to ratify the existing agreement following the discovery of destroyed ballots.

The United States then used a labor enforcement tool within the new trade agreement — known as the United States-Mexico-Canada Agreement — to ask Mexico to investigate whether workers’ rights had been violated.

The government closely monitored a second vote in August. Still, Morales said, members of the incumbent union told workers that if they didn’t vote for the contract the company would lower their salaries.

“We told our colleagues that this was a lie,” she said. “It was hard to convince them that they wouldn’t lose anything.”

The workers voted to end the collective contract. For the first time, its workers would no longer be represented by an affiliate of the Confederation of Mexican Workers.

The vote this week pitted Morales’ union against three others, two of which experts said they are tied to the Confederation of Mexican Workers. The confederation did not respond to requests for comment.

The campaign was tense. Sunday afternoon, Morales said, three men who did not identify themselves came to her home from her while she was out and left a threatening message with her mother from her. She said another union leader received an anonymous death threat to her phone from her.

Héctor de la Cueva, who leads the Mexico City-based Union Advisory and Labor Research Center, said workers reported being offered 500 pesos — about $24 — to vote for one of the unions affiliated with the Confederation of Mexican Workers.

In a statement, General Motors said that it respects labor rights and would work with whichever union its workers chose. The vote was overseen by national and international observers.

Gaspar Rivera-Salgado, director of the Center for Mexican Studies at UCLA, described the vote as test for the Mexican government to organize fair elections and ensure “that workers have the right to choose free from coercion.”

Now that her union has won, Morales said she wants to negotiate for higher wages, pointing out that the minimum salary at the plant is less than $9 a day.

“Sometimes you go into debt when your child is sick, when you need to buy uniforms, or simply when you can’t cover something essential, like food,” said Israel Cervantes, a former worker at the factory who said he once needed to borrow $240 from the old union and had to pay it back double.

Maria, a 49-year-old worker who asked not to disclose her last name for fear of retaliation, said that as a single mother she struggles to support her two children, who are university students.

She works a 12-hour night shift, getting home at 7:30 am After spending years doing work that required her to crouch, she said she wants the new union to help workers who have developed back pain find less strenuous jobs at the factory.

“We have left our youth and everything there, and sometimes we can’t attend our family because we need to work,” she said. “Let them respect our vote and our voice.”

A 2021 report by the Independent Mexico Labor Expert Board, established by the US Congress to monitor Mexico’s labor reform, said more needs to be done to train workers about how to organize.

The report also raised concern about the oversight of the ratification of Mexico’s thousands of labor contracts, recommending that the government be required to directly oversee the votes, rather than allowing unions to pay for a public notary to do so.

Workers have ratified more than 3,000 contracts so far, and of those, voted to terminate only 25. The Mexican federal labor agency overseeing this process said that 17 votes were suspended because of irregularities.

“It’s a real question how much this mechanism by itself will contribute to any kind of democratization of the unions,” said Ben Davis, the chair of the US-sponsored oversight board and the international affairs director of the United Steelworkers union. “If everyone just votes the way they’re told and ratifies the union that’s in place, you don’t see a lot of change.”

Maria Xelhuantzi, a labor expert at the National Autonomous University of Mexico, said she doubted the vote in Silao will inspire greater change across the country, suggesting that votes in other workplaces won’t receive the same level of oversight.

“I think the hope is very remote,” she said. “We’ll see it with companies that have special scrutiny, where there’s a special interest by unions in the US and Canada. In the rest of the companies this won’t happen for lack of supervision.”

But for now, at least, workers in Silao are riding a high.

Morales learned that her union had won several hours before dawn Thursday. Despite the months of campaigning, the fact that her union clinched 78% of the vote blew her away from her.

“I truly didn’t expect it, but it was a great surprise to see all of the support from the workers,” she said. “Now we have to maintain it — maintain their support to get better conditions.”