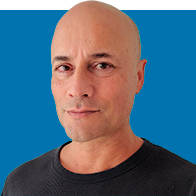 As a democratic society, we have important responsibilities. I point out with the “us” chain that includes each individual: each has obligations that are necessary – important – if we are to truly live in a free society, free from violence, democratic and directed, where Appropriately, by science.

(You may also be interested in: magic of change,

They are also critical because they include an obligation to criticize. But more than talking about the obligation to criticize—we believe, very wrongly, that being critical is a critical thinker—what’s on my mind and what we really need to recognize in order to be free is ‘criticism. obligation to do. We have to allow ourselves to be exposed to criticism. Rather, we have to allow others to criticize us, such as not ours, but our beliefs and thoughts, no matter how close we are to them. I think we are bound to expose ourselves to this kind of criticism. In fact, our fundamental obligation, above – or rather below – all others, is not only to expose ourselves (our thoughts and beliefs) to criticism, but to encourage their criticism, our attitudes, hypotheses, our beliefs. To encourage the arguments of the articles. ,

Why is this obligation the most fundamental? For one simple reason: Because no one wants to be wrong. Here it is necessary to make a statement that matches the facts, that is, a true statement (of course, I invite critics to criticize it). The statement is this: each of us is full of wrong and misguided beliefs. I am not saying that they are false beliefs because beliefs are always honest and authentic. A bill of 20,000 pesos may be fake, but it cannot be false or false. In contrast, a belief is always as real as a belief; Just that, no matter how real, it may be insufficient, or rather, false with respect to its underlying aspiration (but it cannot be a lie, unless it is a belief not believed in and no one believes so). As it were, in a belief there is a faithful apprehension of facts or reality. But it may fail.

That said, when it comes to personal beliefs it is so important not to be mistaken. If I personally think that the planet is flat, unless I am a pilot, navigator, engineer, etc., it doesn’t matter that I am wrong. If I do not believe that God exists, unless I am in charge of public policy to which such belief would be relevant, it does not matter if I am wrong (except, of course, in my soul) however, in both cases , and in similar cases, I should really invite criticism to criticize my beliefs, because I don’t want to believe wrong. This goes against the nature of meaning to believe.

Freedom and science are not goals, they are exercises. they live as long as the criticism lives

However, although people can avoid criticism, trust cannot. Beliefs should be allowed to be criticized, regardless of their carriers. All progress, all social and political progress, has arisen out of criticism of beliefs, even beliefs held by their holders to be unquestionably true.

Freedom and science are not goals, they are exercises. They live as long as the criticism survives. Criticism, for its part, is nothing but the realization by each of us from our human and natural right to speak, from our beliefs, from our point of view, from our reasoning. To discourage, on the one hand, and, on the other hand, to disqualify criticism, is to graveyard a condemnation of both liberty and science. Therefore, we are obliged to practice by or against us, not to silence criticism. The constant enjoyment of freedom and the blessings of science demands it.

(Read all of Gregory Lobo’s columns in EL TIEMPO here)