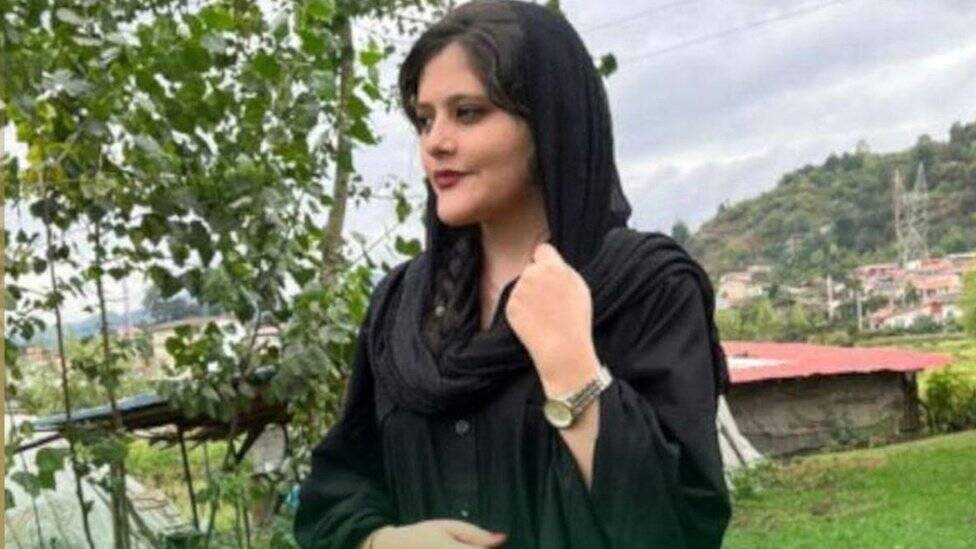 Table Of Contents hide
1. to arrest
2. Doctors prevented him from seeing his daughter
3. allegations about his health
4. college ambitions
5. Like this:

The father of 22-year-old Mahsa Amini, whose death sparked a wave of protests across Iran after being arrested by “ethics police”, accused the authorities of lying.

In an interview with BBC Farsi, Amjad Amini said he had not been allowed to see his daughter’s autopsy report and denied that Iranian officials had told him she had previous health problems.

He also indicated that witnesses told the family that the young woman was beaten up during police custody, something the authorities have denied at all times.

Mahsa Amini, who had come to visit her family, was arrested on Tuesday, 13 September, by Iranian Islamic religious police at her exit from a Tehran metro station, officially called Patrol-e Ershad (Guidance Patrol). They accused him of breaking a law that requires women to cover their hair with a scarf and their arms and legs with loose clothing.

A young woman of Kurdish ethnicity from the northwestern city of Sakez in Kurdistan province died on Friday in a Tehran hospital after spending three days in a coma.

Iranian officials say Amini was not abused, but suffered “sudden heart failure” after being detained in Tehran by the country’s “ethics police”.

But her father said her 17-year-old brother, Kiarash, who was there when she was arrested, was told that she had been beaten up.

“My son was with him. Some witnesses told my son that he was beaten up in the van and the police station,” he said.

“My son begged them not to take him, but they also beat him, tore his clothes.

“I asked them to show the body cameras of the security officers, but they told me the cameras didn’t have batteries,” he explained.

Iranian officials said his daughter was wearing obscene clothing at the time of her arrest. However, her father defended her, claiming that she always wore a long coat.

Doctors prevented him from seeing his daughter

Amini also said that after her death, the medical staff repeatedly prevented her from seeing her daughter’s body.

“I wanted to see my daughter, but they wouldn’t let me in,” she said.

He also said that when he asked to see his autopsy report, the doctor replied: “I will write what I want and it has nothing to do with you.”

The father of the deceased girl said that no information has been given to the family about the post-mortem.

He saw his daughter’s body after it was wrapped for burial, when only her legs and face were visible.

He said, ‘He had injury marks on his feet. “I asked the doctors to examine his feet.”

According to Amini, officials promised to investigate the cause of the injuries, but received no response. “They ignored me. Now they are lying.”

In an earlier statement, Mehdi Faruzesh, director general of forensic medicine in Tehran province, said that “there are no signs of injury to the head and face, no bruises around the eyes, no fractures observed at the base of the skull. Mehsa K. Amini”.

Officials also said there were no signs of internal injuries.

allegations about his health

Amini also denied claims that her daughter had health problems that could have contributed to her death.

The director general of forensic medicine in Tehran province said Amini had brain surgery at the age of eight.

“They are lying,” said her father. “He hasn’t been in any hospital in the last 22 years, except for a few cold-related illnesses.”

The BBC spoke to two aides of the young Irani, who said they had no record of prior hospitalization.

Her father also denied other information released these days about Amini’s health, indicating that she had fainted several times recently while working in a store, calling it “false”.

According to her family, Amini was about to start her studies at the university next week.

His visit to Tehran was supposed to be his last holiday before starting the course.

“He wanted to study microbiology,” said his father. “I wanted to be a doctor, a dream that would never come true,” he declared.

“Her mother is very ill. We all miss her,” he said.

“Yesterday he would have been 23 years old,” he said.

You can now receive notifications from BBC World. Download the new version of our app and activate it so you don’t miss out on our best content.