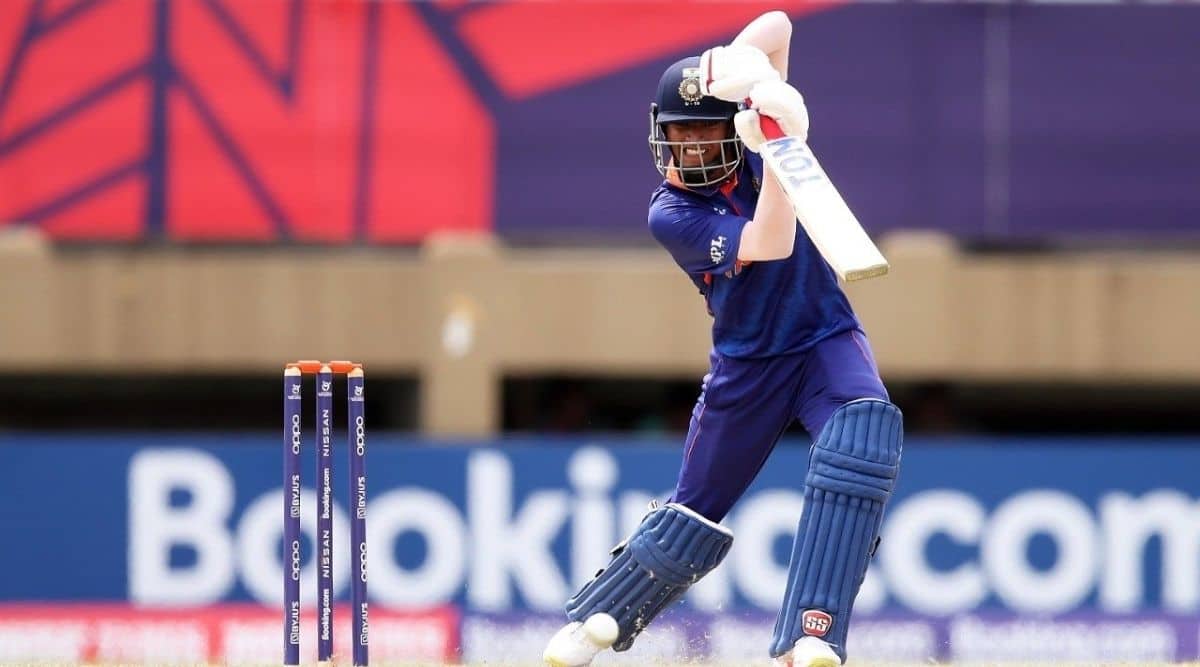 Yash Dhull has lost count of the number of flights he has flown in the last 48 hours.

He had spent the previous day in Ahmedabad, where the entire team was congratulated after a grueling journey in which the team had to take up to four flights to reach India from the Caribbean.

Having lived without a suitcase for the last two months, which could change his life, when Dhull finally met his parents, it was just a 30-minute reunion for the sleep-deprived captain of World Cup-winning India U-19s. team.

Dhull arrived in Delhi early in the morning and went straight to his alma mater Bal Bhavan in West Delhi to meet the people who played a part in making him the cricketer he has become.

Two hours later, he had a flight to catch and the next destination was Guwahati, where he will make his Ranji debut for Delhi next week. So, between the school visit and the trip back to the airport, Dhull had just enough time to go home and take a shower.

He has no time to rest as the true journey into the male world began with the flight he took to Guwahati to join the Delhi Ranji Trophy team.

Having hardly slept since lifting that trophy in Antigua last week, Dhull has no complaints. He knows that it is only the beginning of his life as a professional cricketer.

“I’ve barely slept the last few days but it’s not something I can complain about. What I have done so far is done, I need to focus on what is in the immediate future,” Dhull told PTI referring to his call-up for the Ranji Trophy.

Most of the members of the World Cup winning team will not play for India, but Dhull showed in the Caribbean that he could rise up and play at the highest level. He has set a target of 18 months to play in India.

“That’s my goal, but if I can’t do it within 18 months, I’ll keep working hard until I achieve my goal,” the soft-spoken cricketer said.

The 19-year-old is the third Delhi captain to win the title after Virat Kohli and Unmukt Chand, who had contrasting running charts after their U-19 World Cup exploits.

It draws inspiration from Kohli and his achievements but there is also the story of Chand, who succumbed to the pressure of the expectations he placed with his performance at the 2012 edition.

Is Dhull afraid of failing after a high he just experienced in the Caribbean?

“The names that he has taken (Kohli and Chand), I am not thinking along those lines. I want to be humble and not think too much about the future.

“Virat bhai shared with me his experience about what happened to him after the U-19 World Cup (in 2008).

Kohli had already played first-class cricket before captaining India to the World Cup title 14 years ago, but Dhull has not even played red-ball cricket at Under-19 level as he was selected for all-ball assignments. White.

The move from U-19 to first class is important, but Dhull thinks it’s something he can handle.

“I will have to change my mindset for the red ball game, the preparation will be different. I don’t think it is very different and more difficult than the cue ball. The red ball works a bit early on, but if you can see the early period batting gets easier.

“It’s all about the mindset from here on out. Physically how fit are you? It’s not a specific area, I’ll have to work on all my shots to become a better player,” Dhull said when asked about areas for improvement.

The skipper impressed many with his variety of shots, rotation of shots and the pace of his tackles in the Caribbean, where he surpassed COVID-19 to take your team over the finish line.

The highlight of his campaign was the centenary against Australia in the semi-final when he produced a sublime strike under pressure.

He had almost made it through to the quarterfinals after missing two league games along with his substitute Shaik Rasheed due to infection.

It was frustrating for Dhull in the seven-day isolation period, but wise words from NCA director VVS Laxman helped him stay focused. He barely had a day of networking before the quarterfinals but it was enough.

“The first two days were especially hard… But after that I started training in the hall for the next games. Mentally, he was already prepared. I had trained for this event for the last few years.

“If you don’t practice for a week, you won’t forget your game. I was confident in my game and my abilities.”

With little time on all fronts, Dhull and his parents have not had time to think about what they plan to do with the Rs 40 lakh cash reward awarded by the BCCI.

“By the grace of God, we already have enough to lead a normal life. Yash has his own bank account and the money will go towards that. We will soon know what to do with him, but first we would like to spend some time with him,” said his father, Vijay Dhull, who was also present at the school function here.