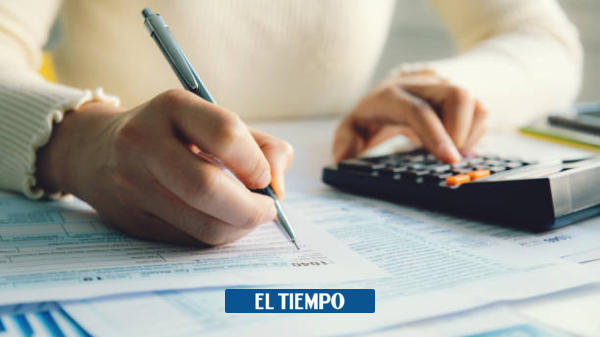 what is being discussed effective tax rates Companies in Colombia actually pay. The Finance Ministry and Andy disagree. While the government says that the rate is currently 25.5 percent, the union says the level reaches more than 50 percent in some areas.

(Also read: ‘With the tax we will be the least competitive country in the OECD’: Andy,

in the midst of discussion tax reformin which companies will receive 5.1 billion pesos and another 7 billion from higher taxes collected from oil and coal exports, Andy Chairman, Bruce Mack MasterIt was assured weeks ago that the effective tax rate already paid by industry is 56.7 percent, that of construction is 57.7 percent, and that of mining and hydrocarbons is 53 percent.

Further, he stressed that with the proposed changes in the reform, these rates would rise to 62, 60.2 and 87.1 per cent, respectively.

afterwards, Finance Minister Jose Antonio Ocampo He said those figures were not accurate as they did not take into account the tax benefits that big companies primarily enjoy and that they took the maximum rates.

Because of this gap in the figures, the Treasury Ministry published a study this week determining that the effective tax rate is 25.5 percent and will remain at 29.4 percent with the change in the reform.

Minister Jose Antonio Ocampo at the opening of the Confacamaras Congress

According to the document, other calculations ignore tax benefits, assume that dividends always pay the highest marginal rate and ignore that not all profits are distributed as dividends.

Upon learning of the study, Mac Master responded again and assured via his social network that the rates are not that low. “We would all like to,” he insisted. And after that, he published an analysis of the estimates shown by the ministry.

We have received the analysis of effective taxation done by @MinHacienda and identified all the differences in concepts
Unfortunately the tax rates in Colombia are not that low, we would all like to!
We will post details with actual rates for your discussion

“Obviously this is the summary of a study that must be published in its entirety to deepen its analysis. It is necessary to clearly know the basis of the legal analysis, metrics, sampling and sector impacts, in which to gain better tax benefits.” Those who enjoy can be better appreciated”, Andy criticized the Treasury portfolio.

(You can also read: Agricultural reforms: Land ownership started on a large scale in 19 departments,

Further, the union questioned whether ICA and 4×1,000 have been left out and the ministry shows the effective rates ‘for fare only’.

“Prescribing that there are only income taxes would be misleading. Accepting that there are other taxes, an example: a store that has a profit on sales of 5 percent, which is very common among stores, an ICA of 1 percent, i.e. 20 Pays a percentage. Percentage of utility. And we haven’t talked about rent and other taxes such as the 4 X 1000 sign, non-deductible VAT…”, Mac Master explained.

Effective tax rates by regions, according to Andy.

Andy questions that ICA and 4 x 1,000 have been left out and the ministry shows the effective rates ‘for fares only’.

In particular, it proposes to conduct a field study of the effects, as the aggregate average always ignores the fundamental aspects for decision making related to the formulation of public policies.

In any case, Andy says the Finance Ministry report does not contradict the numbers presented by the union because it compares figures that are not comparable. “While the ministry only shows effective rates for income (affected by two taxes), Andy uses the government’s methodology for its calculations, which include all taxes, fees and contributions,” it highlighted.

And he concluded: “Any analysis of the tax impact on business activity must take into account all taxes paid, which, however, vary deeply between countries, that is, from an economic and business point of view. , always attempts to compare the total effective tax rates when making comparisons between different economies”.