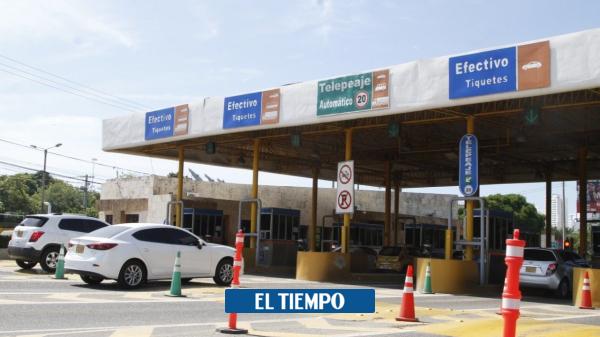 National Road Institute (Invías) already has 12 tolls under its administration which are operated through electronic collection system, The institute had a deadline of October 29, 2022 to install the said system in at least three tolls as set by the transport ministry.

(Also read: Government will start charging the evaluation of works in concession,

During the first day, over 1,290 vehicles operated through 12 stations operating simultaneously with electronic collection system.

Guillermo Toro Acua, General Director (E) of Invias, said: “We have installed electronic collection systems in 12 of the 15 tolls authorized by the Ministry of Transport. The remaining three in which the system will soon be installed are two toll booths for the La Linea Tunnel (Tolima and Quindio sectors) and the San Clemente Tunnel, Located in Caldas.

(You may also be interested in: Gasoline Rise: How Much More Expensive Will the Family Basket Be?,

Toro Acuna said the system works for users who install a device in the vehicles’ panoramic glass that is read by an electronic collection device when they pass through a toll.

That’s it, warns the officer, Drivers transit non-stop to make the respective payment, “It is very important to clarify that the information is transmitted in real time to the bank that the user has enabled, with the value of toll being deducted from their current account, savings, credit or debit card.”