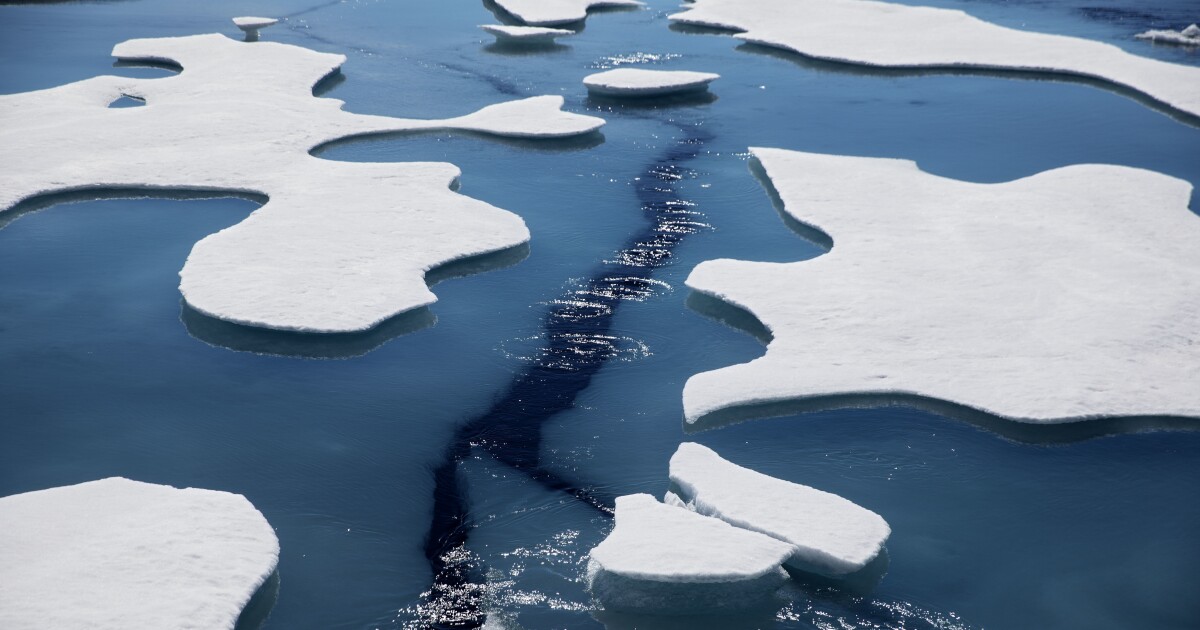 Even before Russia invaded Ukraine, the prospect of industrial nations coming together to quickly enact meaningful cuts to greenhouse gas emissions seemed slim. But with Russia blowing apart the world order, advocates for international climate action say their cause is looking ever more bleak, just as the effects of warming are looking more ominous.

In its latest global climate reportwritten before the invasion and released last week, the United Nations warned that the world sits on the brink of disaster — with rising waters sure to subsume coastal cities and wildfires increasing in intensity, size and frequency, among other perils.

Yet the report also offered a glimmer of hope — noting that nations could still pull together to reduce emissions, preserve forests and collaborate on mitigation efforts.

Now, consensus and widespread collaboration seem even more unlikely, at least in the near term. Scientists are already reporting reductions in shared research and communications with Russian counterparts. Policymakers and scientists say Russia’s aggression will surely delay international efforts to find consensus and focus on climate-related issues.

“The war will distract us from climate action around the world,” said Rob Jackson, Earth system scientist at Stanford University and an expert in global greenhouse emissions. Although Russia has been a foot dragger in phasing out fossil fuels, he said, it is one of several major nations crucial to any international pact to slash emissions.

With its enormous energy fields, Russia is the world’s fourth-largest source of greenhouse gases, the third-largest supplier of coal and the largest emitter of methane — a gas that dissipates faster in the atmosphere than carbon dioxide but is 25 times as potent in trapping heat.

When Scotland hosted the COP25 climate summit late last year, Russian President Vladimir Putin declined to attend. At that summit, the Biden administration and the European Union launched the Global Methane Pledgeaimed at cutting emissions by 30% by 2030. More than 110 nations have since signed the pledge, but Russia has declined, as have China, India and Australia, among others.

Even before the conflict, Russia was trying to sell more gas and coal to China, its all in standing up to US influence in Europe and Asia. To help Russia weather western sanctions, China may be more eager now to purchase Russian gas and coal, some analysts warn.

The war could also spur some climate benefits. Many European nations are dependent on Russian natural gas, and they may now move quicker to invest in clean energy and transition to electric-power vehicles.

Kristine Berzina, senior fellow and head of the geopolitics team for the German Marshall Fund — a think tank in Washington — said the invasion has created a moral imperative to move away from Russian energy and toward cleaner technologies.

“The European Union is about to push hard to get Europe off of Russian fossil fuels,” she said. As long as European nations are still buying oil and gas from Russia, they are “funding the war machine.”

Up until recently, the Arctic was one region where Russia and Europe were making headway on climate concerns, but now those efforts are also in doubt.

Russia is the current chair of the Arctic Council, one of the few diplomatic venues where climate cooperation has tended to flourish, said Marisol Maddox, senior Arctic analyst at the Polar Institute of the Woodrow Wilson International Center for Scholars in Washington. The intergovernmental forum is made up of delegates from the United States, Canada, Iceland, Greenland, Norway, Sweden and Finland, as well as six Indigenous people’s organizations.

As climate change exposes spoils once locked under ice and snow — fish, metals, minerals, oil, gas, new passageways — Arctic nations see opportunity, but also incentives in working together to avoid conflicts. Russia controls roughly half of the Arctic coastline, and goods and services from the region make up 20% of its gross domestic product.

Russia also has strategic military interests in the polar region, but the Arctic Council explicitly excludes military matters from its deliberations. That has helped the council keep its focus on areas of mutual interest, such as sustainable development and scientific research, Maddox said.

From these proceedings, Norway and Sweden have funded a project to clean up abandoned dumpsites along Russia’s Kola Peninsula. Iceland and Finland have led another project to develop and share technologies designed to reduce black carbon, or soot. In the Arctic, this form of air pollution can have devastating effects by coating snow and ice in heat-absorbing black dust.

“Russia does benefit from Arctic cooperation,” Maddox said. “They want and need that type of cooperation to continue.”

Whether it will continue is highly unlikely, at least for the near term. The war has put meetings of the council on hiatus, said Evan Bloom, senior fellow at the Wilson institute, and an architect and founder of the Arctic Council. On Thursday, Canada, Denmark, Finland, Iceland, Norway, Sweden and the United States issued a joint statement saying they would not attend council meetings in Russia, because it had violated “core principles of sovereignty and territorial integrity.”

Since the war started, Russian and US researchers in the Bering and Chukchi seas — which are bordered by the two countries — have had to cease communications for fear of inadvertently harming one another.

Information about Arctic animal migrations, movements of fish stocks, water temperature and ice extent are critical for scientists studying climate changes, partly so they can share information with people in the region dependent on these resources for food.

“We have hesitated to contact our Russian colleagues since the invasion because we assume Zoom and internet exchanges can be monitored,” said Lee Cooper, a professor of environmental science and oceanography at the University of Maryland’s Center for Environmental Science. He and his colleagues have worked with international teams — including the Russians — on projects to facilitate research collaboration and sharing of information in the Arctic.

Now, he says, his team worries their Russian friends could “get into any trouble because they are communicating with Americans.”

In recent years, public opinion surveys have shown that Russian people are growing increasingly concerned about climate changealthough not as fearful — or willing to make sacrifices — as their European counterparts.

In the far north, wildfires have become more common, fish stocks have moved, and permafrost has thawed beneath roads, buildings and pipelines — causing buckling and destruction.

It remains to be seen if popular concern about warming could sway Russian leaders toward more climate-friendly policies. For now, they are focused on using their military might to overwhelm Ukraine, while using their domestic security apparatus to silence dissenters. More than 6,400 Russians have been arrested in antiwar protests since the invasion, according to news reports.

Still, some Russians are willing to take risks to speak out, including Oleg Anisimov, Russia’s UN climate delegate — who publicly condemned the invasion at a Feb. 27 virtual meeting of the UN’s Intergovernmental Panel on Climate Change.

“Let me present an apology on behalf of all Russians who were not able to prevent this conflict,” Anisimov was reported as saying before the IPCC’s release of its latest report. According to one delegate, Anisimov stated that climate change and the war on Ukraine “have the same roots, fossil fuels, and our dependence on them.”