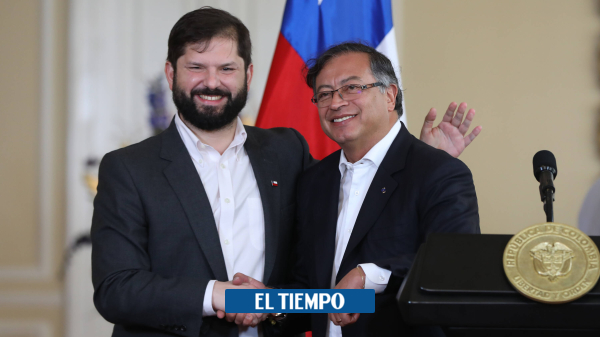 Within the framework of the United Nations General Assembly that took place this week, the president of Chile, Gabriel BoricHe said during a conversation at Columbia University in New York that he is “angry” that leftist governments do not question human rights violations in countries like Venezuela and Nicaragua.

However, he did not specifically refer to any government or president as such.

“It really bothers me when you are from the left and then you condemn the violation of human rights in Yemen or in The Saviorbut you can’t talk about Venezuela or Nicaragua,” said the Chilean head of state.

He also said that in 2010, when he was still living Hugo Chavez, He was in Venezuela and realized that some things were not going well there.

(Also read: Petro explains his health mishaps: he said it was difficult for him to speak at the UN)

“And then I started asking myself questions when I saw the repression of the protests and the manipulation of some elections. And I said, well, this is not right. We have to be able to criticize it. And the people on the left in Chile said no, no, No, no. You don’t talk about our friends. And I think that’s completely wrong.”

These statements coincide with the reopening of the border between Colombia and Venezuela, which will be enabled from this Monday after seven years of closure after tensions between Bogota Y Caracas.