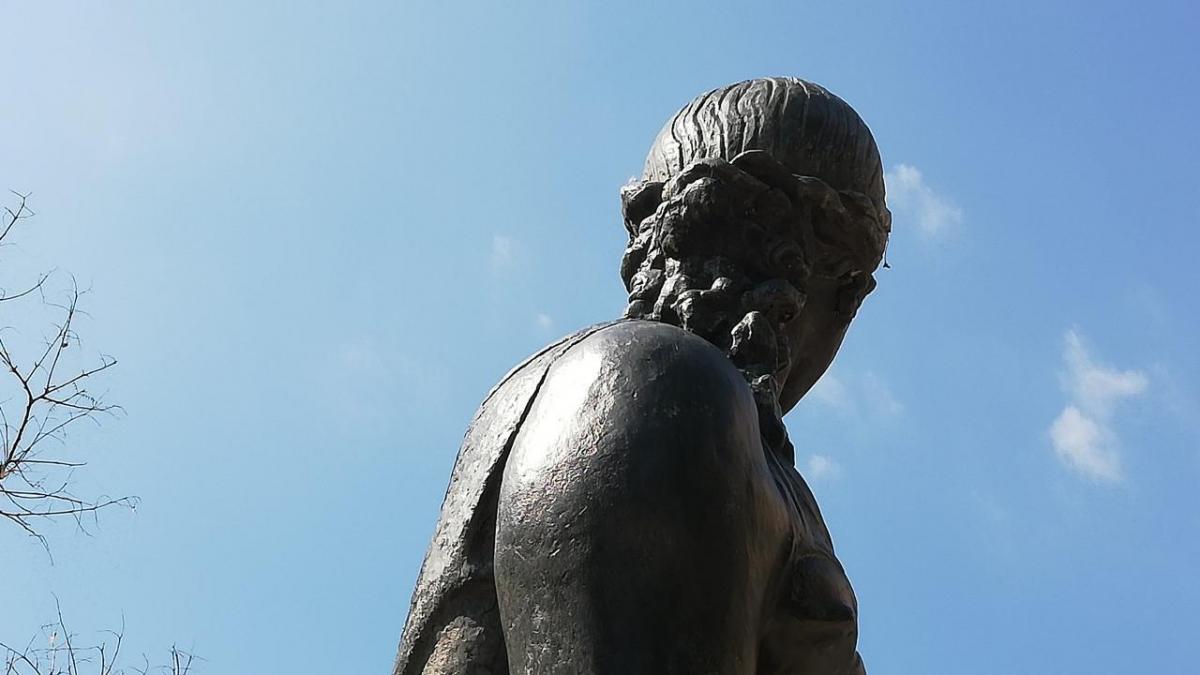 Table Of Contents hide
1. Participates!
2. Do you want to show your photographs?
2.1. Like this:

I share in The Photos of La Vanguardia Readers the beautiful tribute in the form of a woman that presides over Avenida Vallcarca in Barcelona, ​​very close to the popular Plaza Lesseps, where the beautiful Selene orbits among the traffic in the area.

The Moon is represented by this young woman dressed in a tunic, with a ribbon that holds her hair and on a chariot, with her foot forward in a sure attitude of contrapposto and with the head slightly tilted to the left.

Installed in this location since 2014, the statue was part of the sculptural ensemble of the Fountain of Dawn, the work of Joan Borrell i Nicolau, originally located in the well-known Jardinets de Gràcia.

But then it was broken up and relocated to different places in the city, such as Turo Park, Paseo de Santa Madrona or the Barcelona Zoo itself.

Mythology tells that Selene, the moon goddess, was in charge of not leaving mortals in the dark when her brother, the god Helios, was hidden on the horizon.

I took these snapshots on a partial solar eclipse day and it was worth paying homage to the goddess of our most precious satellite.

Do you want to show your photographs?

Those interested in participating in The Readers’ Photos should only write an email to the email address in our Participation section ([email protected]) attaching the photograph, explaining details of how and where it was taken and providing details of the author for the signature of the image. It is important to indicate in the subject of the mail: ´Photos of the Readers´.

■ HOW CAN I PARTICIPATE IN THE LA VANGUARDIA COMMUNITY?